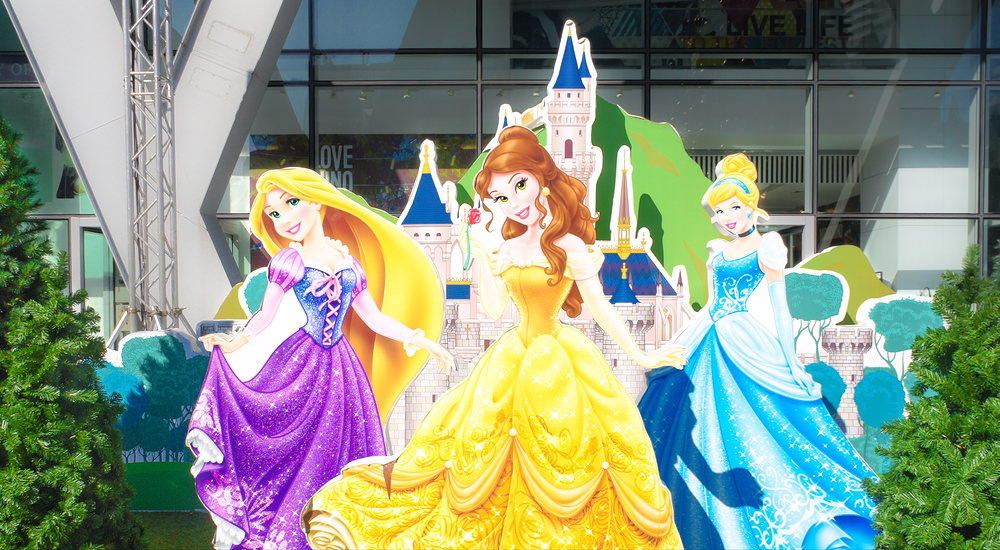 As my regular readers know, I’m a big fan of Teen Vogue. Oh, that’s news to you? Well, it’s news to me also. I actually was not aware of the teen version of the women’s magazine/website Vogue. I’m not surprised, but was just unaware.

So why bring it up? Well, they have an article which tries to convince its young, impressionable female readers that, “Playing Disney Princesses Is Bad For Kids.”

Actually, it’s not really about kids. As you’ll see from the article, they don’t really give a crap about the boys, except to turn them into girls.

The article states that experts are now claiming that playing Disney Princess “could have a dark impact on you, whether you realize it or not, according to a new study. Researchers from Brigham Young University found that Disney’s ‘princess culture’ encourages gendered behavior in young kids.”

Oh parish the thought. You mean if young girls make believe they are Snow White, Sleeping Beauty or Cinderella, they might grow up to think of themselves as girls? What is this world coming to?

That was a rhetorical question, for we all know what this world is coming to, or at least what these gender-bending experts hope it is – a world where being a man or woman is or can be just a fleeting state-of-mind – oh and that men in general have become a useless appendage which should cast aside – unless they are homosexual, or think they are women.

The so-called expert researchers conducted a study of pre-school children. If I recall, the age of a pre-schooler is three or four years old. At that age kids have virtually no clue about anything – and I might add – are highly impressionable. With six months of constant reinforcement, you could probably convince a three year old that he or she is a duck.

The study had little boys and girls interact with Disney princess toys and view Disney princess movies, etc. for an extended period of time. What they discovered – surprise, surprise – was that, “the more interactions the children had with the princesses, the more likely they were to have female gender-stereotypical behavior the next year.”

Wow, what ground-breaking research. This is not research – this is indoctrination. This is the liberal makeover of America – attempting to feminize society and claim it is somehow just a natural evolution.

But the article claims that Disney princesses “is bad for kids.” That may be the article’s title but it’s not its purpose. The purpose of citing the study is two-fold. By showing that three year old boys can exhibit “feminine” behavior, it advances the gender-fluid agenda that is all the rage these days – that little boys are only little boys because we brutish fathers force them to play with trucks, toy soldiers and such. Otherwise they could easily all become Caitlyn Jenners – which we would then have to celebrate. But this article really isn’t about little boys, as most will just grow up to be sexist pigs anyway. This is about the butching-up of our women folk.

Which brings me to the second and real goal of this article – which is the continued effort of radical feminists who insist that little girls exposed to Disney princesses will grow up to be helpless and must therefore depend on a man to save them, like Sleeping Beauty. And we can’t have that.

Instead, the article states, feminists and researchers are hailing the newer Disney heroines, like Merida, in the animated movie Brave, who “is totally badass and doesn’t need a man to save her!”

Yea!! Maybe there will come a time when men are no longer needed for anything. That will great!