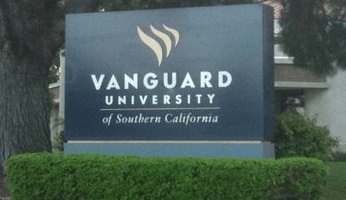 SACRAMENTO 6/24/16–We knew this would be coming.   California leaders proudly boast, “What happens out here is followed by the entire country. We set the trends.” Sadly, this is true, bringing every kinky idea birthed in the Golden State into the very heartland of America. ‘California values’ contaminate the entire nation with a highly contagious infection that compels citizens to abandon all morality and common sense.

A bill currently before the California legislature, SB 1146, was crafted to challenge Vanguard University’s right to continue their Christ Centered mission of 96 years.  Of course, once this bill is passed, it will spread through the entire United States of America. It is entirely orchestrated. The purpose is to close down any and everything that has Christianity as its base.

It has been the anti-God Obama Administration’s goal from the moment he stepped foot in The Oval Office, to destroy the church and all belief in God and Jesus. Why? The first thing the Communist Party does, in order to take over a nation or territory, is to destroy religion in all its forms that Stalin said was “the opiate of the people.”

Religion, especially Christianity is in the crosshairs, since Christians cannot nor will not be enslaved.  Their minds belong to Christ, not to a ruling party. Their minds cannot be enslaved since they have God and Jesus in their hearts.

Plus they are endued with phenomenal strength when persecuted.

Obama was groomed and sponsored by the Communist Party USA (CPUSA) that put him into the Oval Office in a silent coup. He was NOT voted in. His main assignment was to bring the U.S. into the One World Order, which is Communist. The Problem for his sponsors was that the U.S. was the one country that stood in the way of the One World Order, because of the overall Christian churches and beliefs here.

This is precisely why this action by the Obama Administration against Vanguard University was taken, knowing that it would pass in California, and from there spread across the nation and bit by bit, erase all semblances of belief in God. Then, the final challenge to “the change” Obama has declared, will have been obliterated.

SB 1146 was authored by State Senator Ricardo Lara, of course a Democrat, who lives in Bell Gardens, and when passed, it will erode the religious liberty of all California faith-based universities that integrate faith and learning.

This means that mission-based aspects of religious colleges and universities, which include prayer in classes, chapel services, spiritual formation activities and faith-infused curriculum, as well as requiring a statement of faith for admission and requiring ministry-based service experiences, would be at risk if SB 1146 is passed as is.

SB 1146 represents a fundamental shift away from the State’s historic commitment to provide “educational access s for ALL.” That bill, according to Vanguard University President Dr. Mike Beals, “would end the choice of, and access to, a faith-based education for tens of thousands of California students.”

In a letter sent out by Dr. Beals, he stated: “Since 1920, our faith-based mission has driven Vanguard to prepare students for effective service in our communities, country, and the world. Faith based institutions of higher education across our state and the nation make a profound contribution to the intellectual quality and common good or our society.

“These contributions are possible because of our deeply held religious convictions. Our presence in society enriches it.    We provide economic vitality to our communities. A Vanguard education cultivates seeds of greatness in the lives of students who graduate to pursue their vocations with excellence, strong character, and global prospective.”

At this moment, the bill is waiting to be heard by the California Assembly Higher Education Committee. It has already passed the California Senate. From there it moves to two other Assembly Committees by June 27th..

If passed through these committees, it will then go to a full vote before the California State Assembly, most likely in August.The only way to stop it is to contact The California Legislature in Sacramento. For those in California, and there are many Christians here, contact your State Legislators, Senators and especially your State Assembly Members. This writer is contacting an acquaintance in the Assembly on Monday, when offices are open. We must take a strong stand on this issue.

For further information, contact Vanguard’s Office of Strategic Partnerships at: 714/966-5467.