The Emperor’s New Clothes: The Decline of Art and Society 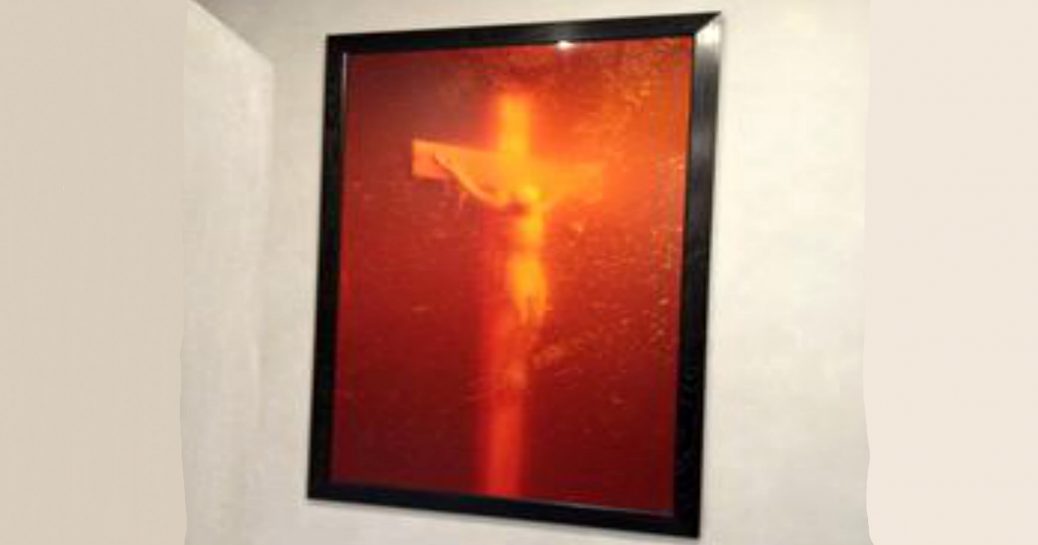 Art and culture are usually linked intrinsically, and as goes art, so goes culture. We have seen the rapid decline of art and civilization to the point of absurdity that seems to have no bottom. Last year, an unnamed woman was slashed by a knife wielding maniac, identified as 24 year old New Yorker Siyuan Zhao, at Art Basel, a very “prestigious” art fair in Miami, in front of a crowd of onlookers, who did nothing, because they actually thought the violent attack was “performance art.” This would be hilarious if it were part of a Monte Python skit, or a tongue in cheek “Onion” article, but it is a scathing statement of the trajectory of the “Art World” and First World culture in general, because it is not some pathetic attempt at satire, but because this incident occurred in real time in front of an oblivious audience.

We have become that removed, disconnected, and completely absurd as a culture, and as always, art reflects culture, and culture reflects art.

Does art truly have any influence on reality? This is a most important question, as it begs the answer, if so, how? Is contemporary art fueling the fires of absurdity in today’s already spiraling culture?

How does a modern art connect anyone with any issue? Does a woman dropping paint balls from her vagina onto a canvas have any connection with an average woman working her middle management job in Middle America? Or an oppressed woman in the Middle East? Can any woman actually identify with the “statement” that is supposedly being made by the “vagina” art? Does she even want the pressure of having to? Or, how about the average middle aged white guy in Middle America? Or the middle class black guy living in some city on the coast, just working his middle class job and trying to pay his bills? Or the single Jewish girl just trying to find her way through the economic wilderness and find her niche in the world? Or an aging Chinese shop owner looking to retire? Does “contemporary” art resonate with any of these folks?

Then there is the “flip side” of the coin: The severe conservatism of contemporary “realist” work that does not allow free expression unless you conform to their narrow and rigid standards of art work. You know, the highly controlled, loosely painted canvas of the figure, or the very academic and nauseatingly romantic portrait of the “girl,” looking off into the distance, posed very demurely, never looking directly at the viewer, etc. The painting is executed in a highly formulated, prescribed palette, and everyone must walk around spouting the same formulas, or they are “cast out” of the sanctum. This part of the “Establishment” also is very exclusive. Most of these painters, in the circle of “success,” are men, and if a woman is allowed into this “circle,” she must also be a quiet mouse of a woman, who also subscribes to this very rigid formula of painting. She must stick to that formula of loose, academic paintings of flowers, or possibly landscapes including chickens or some other farm animal, done in that perfectly academic palette, so as to not be obnoxious. If she keeps quiet and adheres to these silently acknowledged rules, she may remain within the fringe of the coveted circle.

We as a culture have established two very different, very rigid “camps” of the “Art world” to match our political parties, and all the other artists who fall outside of these categories are abandoned in the “no man’s land” of obscurity, of “voiceless-ness.” After all, we can’t break out of either formula and actually have any of the “little” people connect with art anymore, or that would break through the segregation of “us and them” we have constructed, and that seems to be unacceptable as well. We have gone back to bitter roots of exclusion and separation.

The Modern or Contemporary art, which is now inseparable from the established “Art World,” has reached a level of disconnect that has polarized everyone, including the very artists that “create” this “artwork.” They don’t even know why they create what they are creating, except that it pays big fat checks and dividends from wealthy collectors who don’t understand it either, or the point of it, only that they can flex their money muscles and buy an object or abstract idea they have no clue about—about its purpose, its statement, or even its meaning. Just that they can. And, everyone, from top to bottom, all pretend to see the “genius” of it all, when in fact, no one sees anything. Anything at all. And all are afraid of saying so, for fear that the “Emperors” (“The Establishment Elite”) will vanquish them from the kingdom-or the “Art Scene.”

Modern art has become the new class warfare: only inclusive of the super wealthy, and the “wannabes.” Artists are no longer artists: they are hookers who sell their wares to their high paying pimps. Artists are no longer oracles seeking truth, beauty, or who are individualistic and passionate to make cultural commentary that exposes social injustices with a meaningful platform that universally inspires through all the socioeconomic “classes.” It’s all about glitz, bizarre and pointless absurdity, and buying a $10 million dollar piece of crap that might match your couch, or paying the top realist painters to paint a perfectly generic portrait of your family, like it was printed off a printing press, but replete with the stringent, authorized and prescribed, perfectly-controlled, loose strokes—take your pick. And if you have a ton of money, you can take both. As for the rest of us without the swollen bank account, we can fall off the cliff at the turn of the 20th century, when artists stopped keeping up any pretenses of speaking to us and for us.