Do We Speak For America? 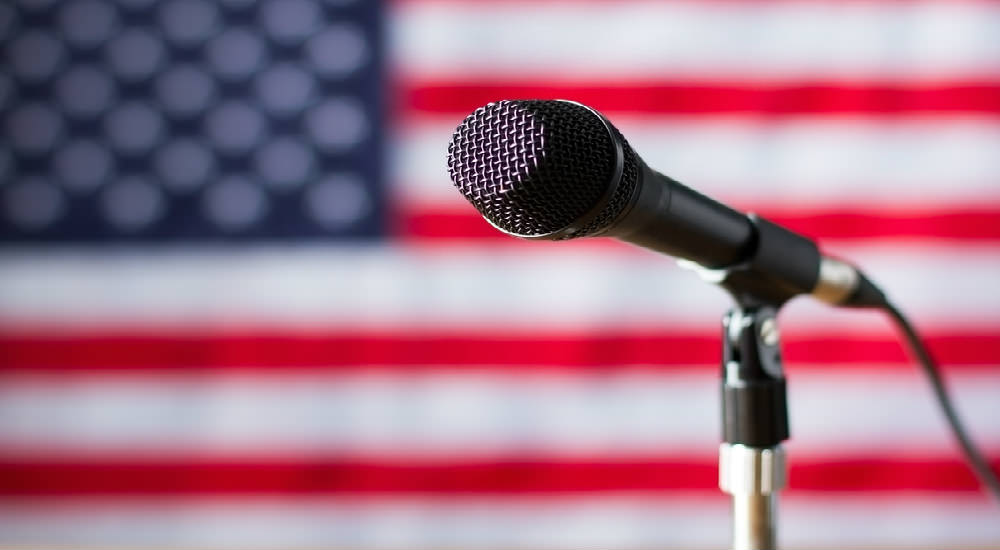 from “In Defense of Rural America”

By Ron Ewart, President of the National Association of Rural Landowners and nationally recognized author and speaker on freedom and property rights issues.

“‘Tis a terrible thing to witness the death of an old friend, body riddled with disease, emaciated, disfigured and racked by convulsions, his youthful energy and happy disposition a far distant memory.  One wishes for a merciful death and yet one holds out hope that somehow your old friend will miraculously be healed and restored to good health, even though you know in your heart that death has him firmly in its grip.”   Ron Ewart

“I reach down my hand from the firmament and shake awake your soul to open your eyes in the hope that you will see the truth, as an act of divine providence, because it appears that only divine providence can save you and your precious freedom.”  anonymous

Must we rely on miracles and divine providence to preserve liberty?  Are we, who are men-of-freedom, not man enough to save ourselves that we must depend on miracles and random probabilities to restore freedom?   Do we lack the courage to step once more into the breach, as we have for over 200 years?  Have we so callously forgotten the words of President Reagan when he said: “We can solve these problems because after all, we are Americans?”

Ladies and gentlemen, are we not still Americans?  What has changed?  We who have saved a billion people from bondage in two world wars, at great sacrifice, have gone silent.  We have raised the standard of living of the entire world because of our creativity, industriousness, innovation and yes, even our generosity. Have we now become so dependent on mother government that the ambition and drive to excel has been erased by years of propaganda, brainwashing and indoctrination?  Must we be saved from rooftops when Mother Nature, or government strikes and refuse to help ourselves?

The flood that has been surrounding our American “house” has been there for decades.  We have had many chances to save ourselves, but each time we say, no “Government will provide.”  For over 100 years, from Roosevelt 1, Wilson, Hoover, Roosevelt 2, Truman, Eisenhower, Kennedy, Johnson, Nixon, Ford, Carter, Bush I, Clinton, Bush 2 and now Obama, we knew that a gully washer was forming on the horizon and that it would eventually envelope our “house” and sweep it away.  We have had numerous opportunities to hold back the gully washer before it could do any damage.  But oh no, we said, “Government would provide.”

Somehow, many of us lost our self-reliance, our independence and our commitment to preserve freedom and put it all in the hands of the growing monster that is government. But ladies and gentlemen, government can only perpetuate itself and grow stronger until it has reached the ultimate goal of absolute power. Only the people can save freedom.

Government has squandered our treasure and our wealth and frittered it away on buying off the gullible and the naive for their votes.  They have made helpless weaklings out of a large percentage of our population who gave up their pride and self worth, in exchange for a free lunch and the wispy ghost of security.

Now freedom and American sovereignty are in the crosshairs of socialism, communism, radical Islam, radical environmentalism, potential economic collapse, the one-world-order and even worse, traitors within.  Our flag, our statue of liberty, our freedom bell, our Declaration of Independence and the foundation of our liberty, our Constitution, are square in the path of a giant bulldozer that will show no mercy as it grinds us into dust.  Our government has turned away from their absolute duty to preserve freedom and is instead crushing it.

We, who hold up the flag of freedom, are the only thing that stands in the way of the bulldozer and a government that has lost all allegiance to the documents that delineated the liberty of all men who are endowed with certain unalienable rights, as a gift from their creator.  We, who know history, must do everything in our power to assure that history is not repeated.  We, who have not succumbed to the siren call of nanny government and who cherish our freedom, our self-reliance and our pride, must awaken the masses and then catalyze them into action to save America from being merged into a world collective, just like the Borg from the “Star Trek Generation” TV series.

We can sit here and lament over the slow death of our close friend, America, or we can rise up in unison, declare our freedom once again and restore our good friend to the image of health and vitality that he was at his birth.  It will not be a miracle or divine providence that saves American liberty and sovereignty.  It will be from the actions of millions of free and honorable men of courage, intellect, commitment and determination, even though we are a minority and we face insurmountable odds.  Ten percent of the colonials beat back one of the most powerful nations on earth in 1776.  Today, ten percent of proud and free Americans will lead America into the light of day and onto the glory that rises out of the ashes of bondage and human slavery and it will do so because freedom is the natural order.

But ladies and gentlemen, we cannot say the words to help you understand a clear and present danger, if you will not listen.  We cannot reach into your heart and instill courage if you are determined to cloak yourself in cowardice.   We cannot convince you that your enemy draws near, if you choose to ignore reality.  We cannot tap you on the shoulder and say join with us to confront that enemy, if material comfort and instant gratification are your only reasons for living.  We cannot ask you to take up arms in the defense of freedom, if you continue to consort with that very same enemy, when it has been proven beyond any doubt that that enemy’s goal is to rob you of that freedom by any means.  We cannot incite your anger, if you see no reason for alarm and believe that all is well.  But we can assure you that all is not well.

For how many of you do we speak?  Are you part of the ten percent that will save America, or are you part of the 90% who are trying to bury America, or plain don’t care what happens to America?  If you are part of the ten percent, let us hear from you and then let our ten percent unite together in one mind in the defense of liberty, no matter where the path may take us.  We can fix our problems because after all, we are Americans and there are no other people on earth, there is no ideology, there is no force that can match our ingenuity, strength and resolve.  If you don’t believe that, you are part of the 90%.

If you are part of the ten percent we have developed some tools to help you engage in the fight to maintain the freedom you cherish HERE and HERE.

Do we speak for all freedom-loving Americans?  We certainly hope so!

We have written over 500 conservative articles in the last 10 years.   If you liked this article, you can read over 300 more of our articles HERE.