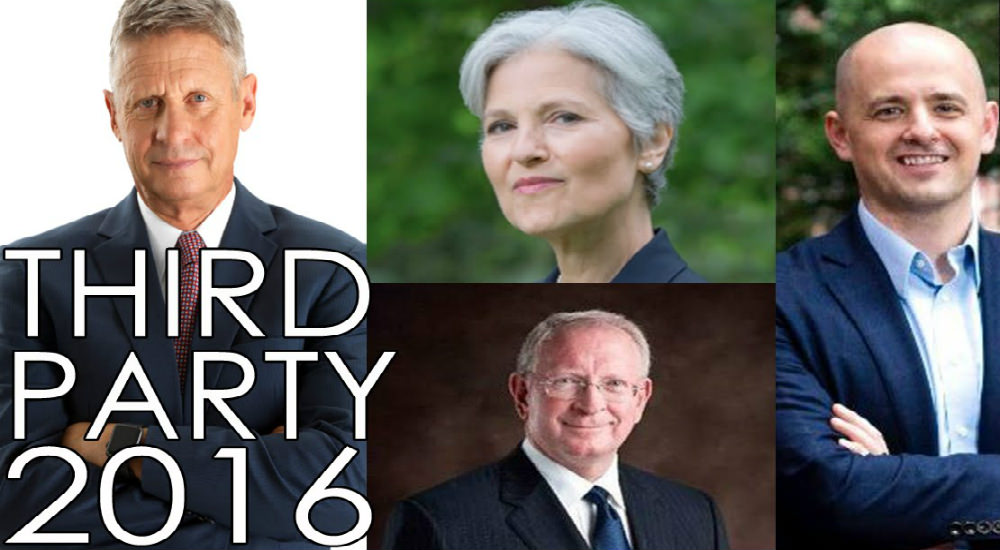 (SALT LAKE CITY – OCT 5) After weeks of working to engage Gary Johnson in a debate, Evan McMullin today repeated his challenge for Johnson to debate and questioned the Libertarian candidate’s suitability and readiness for the Presidency.  Major networks and sponsors have approached the campaigns about broadcasting a third-party debate, yet Gov. Johnson refuses to accept the invitation or even discuss it with media, sponsors, or other campaigns. Green Party nominee Dr. Jill Stein has agreed to debate, but Johnson remains in hiding.

Ironically, Johnson not only sued the Commission on Presidential Debates (CPD) to join Trump and Clinton on the stage, but has built his entire campaign around the theme of “Let Gary Debate.” After running for President twice, there is still almost no possibility that Johnson will qualify for the next (or any) main-stage debates, but he continues to duck the only opportunity he will have to present his ideas to a national audience.

McMullin campaign strategist Joel Searby said today, “For years, Libertarians have been waiting for an opportunity to share their ideas with a wider audience. If Johnson turns his back on this one chance, it’s a signal he’s neither a serious candidate or a serious Libertarian. Previously, Johnson could hold the CPD responsible for denying him the opportunity to debate. Now, there is no one else to blame.”

“The pressure on Gary Johnson to either debate or leave the race is growing,” said McMullin senior adviser Rick Wilson, “After staggering from one foreign policy disaster to another since his ‘Aleppo’ moment, his flailing campaign has become the butt of jokes. He’s got one opportunity to set the record straight, and that’s participating in a debate.”

“I’ve challenged Gary and Jill to debate and accepted offers to host the event,” says McMullin, “The American people are hungrier than ever for new voices in the presidential election. Over the past few weeks, Gary has exposed how unprepared and poorly suited he is for the Presidency, raising serious questions about whether he should remain in the race. If he’s going to stay in, he should be willing to publicly defend his candidacy and his ideas.”

The McMullin campaign stands ready to give Americans a substantive debate on the real issues facing this nation. Now, it’s up to Gary Johnson to do the same.