To Reform our System of Justice, We Must Start at the Top! 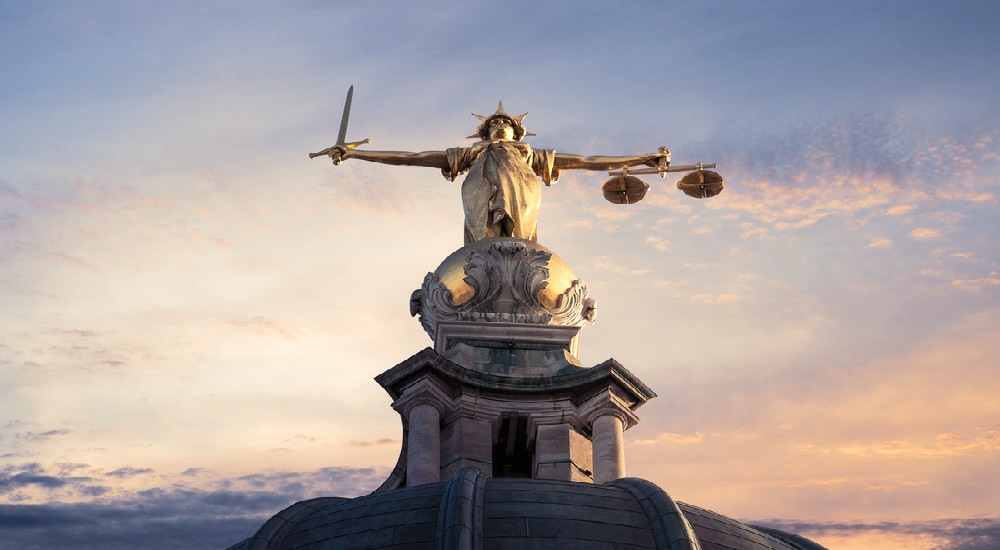 Gold Lady Justice Statue on the top of the Old Bailey in London, England, with a sunset sky in the background.

Hillary is right we need reform in the justice system.  The question is on which end o0f the system do we start, the top end with the Department of Justice (DOJ) or the law enforcement on the street. We also need to look at administrative courts, IRS, EPA and others.

I will start at the top with the DOJ and the justice system for Hillary and Bill Clinton.  How much coincidence and what is the level of circumstantial evidence is needed to convict a Clinton? The death of Vince Foster is questionable plus others who would have been witnesses to or involved with the Clintons in various activities. One could say that Hillary is free because Hillary or her cohorts, including some in the FBI destroyed evidence.

When FBI director Comey said there was not enough information to indict, but Hillary was extremely careless with her private server, perjury and truth were not considered. Since that time some of the missing information has been found, but over 33,000 e-mails are still missing. The granting of immunity to so many for destroying computers and information even after request by the court or congress is not justice.

After the no indictment announcement more information became available. Hillary not only had one unsecure server, but a laptop and numerous blackberries that could not be accounted for. When Hillary was secretary of state we either had a fool or a grand liar. Anyone in that position should know classified material because she both receives, creates, and sends mail that should be classified.

There might not be enough evidence to convict her of a crime, but enough that she should never be president, if she is this careless with security. THIS CANCELS ANY EXPERIENCE FOR HILLARY.

Obama and the DOJ has stepped in almost every time an incident could be racial. They were right in a few cases, but often spoke before information was gathered. They never mention Chicago. The rogue police, though few on the grand scale, are scattered throughout the country. They occur where there is no racial element, but tactics are the same. There can be pockets as by departments.

Income, job opportunity, school, mental illness are social factors that have to be dealt with, but violence can’t be neglected The problem can be as much economic as racial. Fines and penalties can be a factor for any low income people. We can’t allow continued attacks on law enforcement.

A single prosecutor or judge can have too much power. The prosecutor has control over how much time is spent on investigation and gathering of facts. Prosecutors have control of plea bargains. Judges along with the prosecutor determine what evidence is admitted to a jury. With them it might not be race, but laziness or political leaning. The lower the income, the less money to fight charges, and go to higher courts. Court and legal cost can even destroy people in the middle income area.

Law enforcement can be used as much to collect income as well as trying to stop crime. Tickets involving vehicles or collecting tax on an individual cigarette is economic.

When a suspect is stopped the best thing for the suspect is follow officer’s instructions. A problem for the officer is a suspect with a hearing, mental, or drug problem. Then did they definitely see a gun or a weapon? The officers need to meet a level of physical standards, so intimidation is less of a problem. My only idea is if a partner set up get one in front and one in back using anything available as cover, and using a Taser.

How the incident is handled is a factor for the current time and the future. They are the first investigators. Some basic law needs to be known. If the law is not known by the officer, all are taken in. If some kind of weapon is part to the case, it needs to be designates as on the property, in sight, on the person, or in a threatening position.

Law enforcement agencies need to work together in the cases of terrorist, illegals and refugees. There has to be help for refugees to assimilate into the American culture. Some of the home grown terrorist are children of refugees born here. Illegals have broken laws by just being here.

Once everything is done to have better relations with law enforcement, there will still be a criminal element. We have to remember no one is above the law.