Democrats warn of Russian Boogeymen to Conceal their Guilt 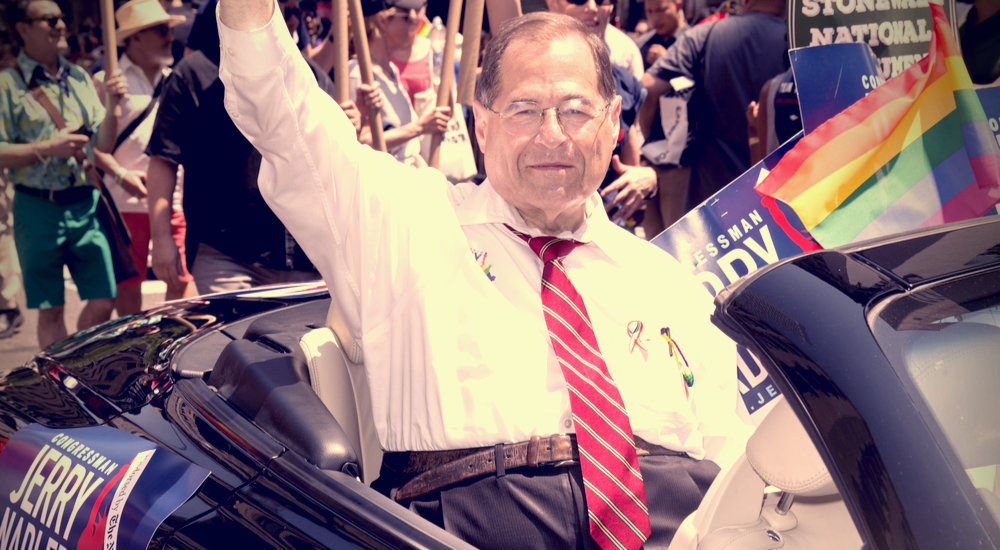 Democrats are saying Trump must be impeached before the Russians help him steal another election.  They are deliberately obstructing justice by attempting to hamstring AG Barr from investigating their criminal spying and attempted coup of President Trump.  Are they being “disingenuous?”  How about they are psychotic liars and freaking traitors!  Nadler holding AG Barr in Contempt of Congress for refusing to violate the law and release the unredacted Mueller Report and all his materials is a crime in itself!  This dumpy, two-faced, witless little troll claiming Trump and Barr believe they are above the law believes he is the law.  This is not holding the powerful to account but criminalizing the righteous – the next to last step leading to a fascist dictatorship.  (The last step is to disarm the people and abolish elections.)

AG Barr held in Contempt of Congress by Democrats

The Slow Creep of Insanity: Democrats Hold Barr in Contempt

For the last thirty years, I have witnessed Democrat policies in action.  When a Democrat is president, they raise taxes and impose regulations on Republican supporters to crush their businesses.  When a Republican is president, they smear, slander, and sabotage everything he says and does.  Under Reagan, they increased deficit spending far beyond the increased tax revenue his tax cuts brought in.  Under Bush 41 they convinced him to break his pledge not to raise taxes and hanged him on it.  Under Bush 42 they assassinated his character in their efforts to lose the Iraq War.  Now under Trump, they undermine his great work in rebuilding the economy Obama destroyed while attempting a coup to overthrow him.  Democrats were successful in trashing the Bush presidency, but Donald Trump is a fighter who has completely exposed their communist ideology and propaganda media.

In the last thirty years, Democrats have sabotaged America by:

AG Barr is ten times more honorable than Mueller who leftists claim walks on water.  Mueller knew there was no collusion when he took this case.  He investigated a lie and used his unconstitutional authority to bring down a score of Trump supporters on purely trumped up charges.  Congressional Democrats are now demanding Barr break the law they wrote and release all of Mueller’s investigation into their hands while slandering him.  This just proves what they are – fascist dictators.  Congress has no right to Mueller’s accumulation of material used in his witch-hunt.

Holding Barr in contempt is not exercising congressional authority to uphold the law but violating it.  If this doesn’t go to the Supreme Court to be slapped down hard then hopefully Barr will take down these Democrats for their attempted coup before the next election.  If he fails, then Trump may well be overthrown by the massive voter fraud Democrats are plotting.  By seeding swing states with illegal aliens and having them cast provisional ballots that Democrat pollsters will illegally intermix with lawful citizen ballots, and giving the vote to criminals and kids, Democrats will undermine the electoral system.  Once they regain power, Democrats will unmake the Constitution and remake America as their own banana republic dictatorship.

Also, beware of any Republican who says they want to work with Democrats.  Like these NeverTrumpers, they will turn against conservatives the moment they discover that conservatism works because that’s not what they want despite saying that they do.  Actions speak louder than words and the true axiom of politicians is; It’s not who they are inside but what they do that defines them.

The Drive-Bys Were Complicit in the Coup Against Trump

Kathleen Hall Jamieson Proves That Rush Can Be Understood by Liberals

Moslems in America teach children Jihad against Christians and Jews