Democrats are Using and Abusing Our Youth 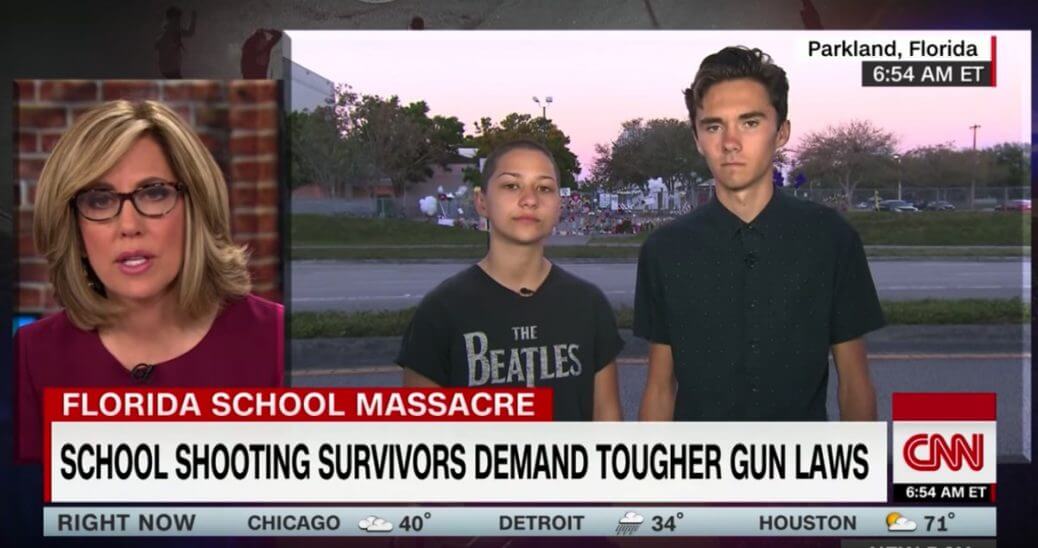 The democrat anti-gun parade (figuratively and literally) is well under way. And this time they’re leaving no stone unturned. They’ve enlisted the help of children. Although it’s more like the democrats have gotten these young skulls full of mush (h/t Rush) hooked on anti-gun crack and are now pimping them out to the main-stream leftist media.

Yet they want us to believe that it was the children who organized all these anti-gun rallies, marches and protests, rented the upscale busses, etc., all by themselves. Sure they did. The children certainly have not been coached and brainwashed to come out and argue against guns and our constitutionally protected rights – and they are definitely NOT being exploited for leftist political gain.

And by the way, lest someone mistake my claims for being heartless – I’m not making light of this latest tragedy. It is a tragedy – a senseless one. It’s the left’s choreographed response that bothers me – how they can get children to do their bidding, and no one seems to have a problem with it.

But what the children who have bought this gun control load of crap don’t comprehend is that the lying dems don’t want to actually do anything. How can I say such a think? We’ve all heard the heart-tugging speeches and interviews. The dems are serious this time!

Still – how can I make a blanket statement like the dems don’t care about this issue? Here’s how.

From basically 2009 through the beginning of 2011, democrats owned the Presidency, controlled the House and the Senate. They had every opportunity to jam through as much gun control legislation as humanly possible, yet curiously, they did not. The amount of consequential anti-gun legislation that these “champions against gun violence” passed was… hold on… let me do the math… multiply that, carry the 3… oh that’s right – ZERO. Not a single piece of meaningful gun control legislation came out of either body in the two years they held majorities and the Presidency.

Wonder why not? It’s simple. They don’t care about guns or gun violence or gun control beyond being able to continuously use it as battering ram against the Republicans in order to get out the vote.

I’ve said it before, but it must be repeated often. The democrats have long ceased to be a political Party. What they are is a Party of Community Agitation.

Liberalism is fueled by pure, raw emotion. It is utterly devoid of logic, reason and objectivity. As such, they must always have issues to agitate against and a boogieman to fight against, in order to keep their base lathered up.

The dems must ensure that the issues they rail against never get solved, or even have the appearance of being solved. If this were to happen, that issue could no longer be used as a weapon against their opponents.

Leftists know that if they were somehow able to enact restrictive gun legislation, and if by some fluke it worked, even temporarily, it would just take away one of their compulsory boogiemen. They need antagonists to thrive, real or imagined. They must always fight against something, for they stand for nothing.

“Everything would be perfect, if not for the” – fill in the blank.

Therefore, there will always be at least four major issues the dems can never allow real progress on – Race, illegal immigration, and guns. The forth is maintaining their sacrament – the right for free and plenteous abortions.

These four major boogiemen issues are enough to keep their base sufficiently agitated to get out and vote. And their vote is all that matters. This is an election year after all.

However, behind closed doors, I’m sure the chief agitators are bemoaning the fact that the shooting didn’t occur in October, closer to Election Day.

Yes – they are that despicable.