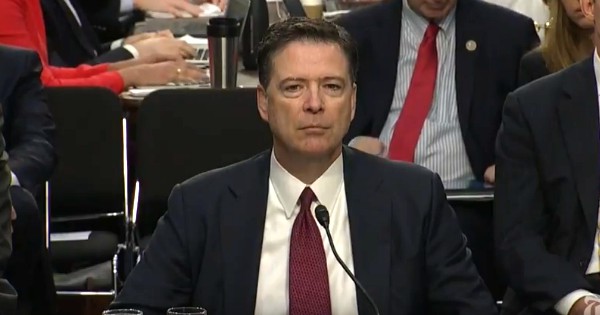 But that hasn’t deterred them in the least from slandering President Trump to the nth degree.  Liberals still suffer from Trump Derangement Syndrome believing every word he speaks is a lie even when the truth is thrown in their faces.  No evidence of collusion with Russia exists because it didn’t happen.

The former FBI Director Comey’s testimony to Congress investigating their imaginary Russian hack of the presidential election that was supposed to nuke the Trump presidency and anoint Hillary fizzled in their faces.  Like Iran-Contra and the Valerie Plame Outing, this is another Democrat witch hunt.  Officials are refusing to answer Democrat questions because there is no crime to discover, but Democrats are trying to elicit testimony they can use against the witnesses to persecute them like they did Scooter Libby.  They are striving to create “process crimes” in which they declare that those who do not answer to their liking, and who answer differently when the same question is posed in a different manner, so that they can prosecute them for “obstruction” on the basis of a legal fallacy and declare Trump a criminal.

Hillary said her email scandal was a “big nothing burger,” but it has proven that Democrat’s entire anti-Trump campaign is a “big nothing burger” of lies and deceptions meant to dupe their unwitting believers.  Their entire Russia hacked the election meme is nothing more than their attempt to delegitimize the will of the people in electing Donald Trump to clean out their Washington swamp.  While Democrat voter fraud is a proven fact, their Russian hack is a proven fabrication.  This entire Big Lie campaign is only about covering up the real crimes in this election.  The crimes that Bill Clinton met with AG Lynch about dropping the investigation into Hillary’s email leaks and she did, about Comey saying Hillary shouldn’t be prosecuted because of lack of evidence of “intent,” about Obama using American intelligence agencies to spy on the Trump campaign, about Democrats planting operatives and leakers in the government to undermine the president, and about the Left striving to sabotage and take down America’s rightfully elected government.

Democrat’s entire campaign against Republicans is to cover up their crimes and their anti-American agenda to make the United States a subsidiary of the global initiative through their frauds that socialism is beneficial, climate change is controllable by mankind, and that terrorism by brainwashed Islamic jihadis is peaceful.  The crimes of Democrats from rioting in the streets to leaking classified information to the leftwing media promoting lies to importing jihadi terrorists are all treasonous!  One of Obama’s insider leakers has been caught and indicted and confessed that she wants to burn down the White House and join the Taliban.  Liberals are now being taught that it is racist to be born white and sexist to be born male.  If this isn’t delusional, corrupt, criminal behavior then good luck dividing right from wrong in the minds of dysfunctional liberals who only believe in moral equivalency.  The Right didn’t do anything like this even when Democrats elected an anti-American Moslem socialist to be president and assisted him in diminishing the nation and corrupting American culture.  A conservative can prove a thousand Obama lies, while no leftist can prove any lie about Trump whom they declare tells nothing but lies.  This has become an exercise in insanity and hate.  Millions of liberals even took time off from work to watch the Comey Dog & Pony Show thinking they were going to see the fall of a president.  How funny is that?

The Left’s opinion of the Comey hearing

The Right’s opinion of the Comey hearing

Liberals live in a mirror/rorrim world