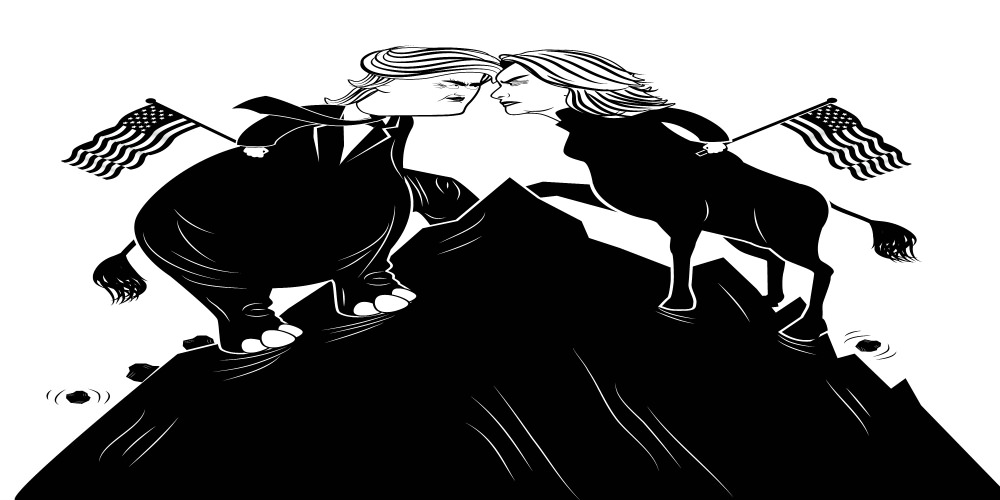 I watched this debate last night hoping for something different. I really have no idea why I thought it would be any different, but I hoped.

For one thing the moderator Lester Holt,although he was to be impartial, was clearly not, and it showed especially during the question of “stop and frisk”. We who are educated on this matter know that it was not deemed unconstitutional by the Supreme Court, but that it is now under appeal because the decision was vacated and the judge in NY who rendered that decision was removed from that case because of anti-police bias and although the practice is not being used there, with the result that crime in NY has risen, the job to appeal the and put back into practice “stop and frisk” is the up to the current NY Mayor who doesn’t want to reimplement this valuable police tool.

Another thing is that Holt interrupted Mr. Trump more than Mrs. Clinton.

Mrs Clinton tried to, after Mr Trump accurately described the inner city conditions, paint them as better than they are, to also say “stop and frisk” didn’t work while the former NY Mayor Guliani, who successfully used this procedure,sat in the audience!

Mrs Clinton smoothly lied, deflected, and changed what she has previously stated about her beliefs. She openly says she’s going to give us more of the same; more tax on the wealthy,( who she claims want to pay more), people need to pay their fair share, etc., and Mr. Trump didn’t seem to call her out on this.

Mr Holt allowed the audience to applaud Mrs Clinton but admonished them when they applauded Mr Trump.
Another item, and most important,is the fact that the things that Mr Trump was attacked on were things that weren’t his responsibility, that happened before he ever decided to run for public office. The war in Iraq, the birther incident,the global warming hoax, the opinions he voiced before he ever decided to run for office were things that should never have been held against him as he was an American citizen,free to speak his mind. Kept on the defensive by these irrelevant issues brought up by the bias of the moderator, these weren’t the issues we the people wanted to hear.

As for any person in office having a special relationship with Putin and Russia, it’s Obama’s own words during the last election,caught while his mic was still on, that he’d have more leverage after his reelection, that we need to have been worried about, but no one did anything about it at that time.

The bottom line here is Mr Trump was led down rabbit holes by Mrs Clinton on things that weren’t relevant to any debate, he wasn’t Secretary of State, he didn’t send our military to war with Iraq and Libya, he didn’t send people to investigate where Obama was born, and on down the line, as these were things Mrs Clinton did while in office and whatever his opinions were on any of these things is not part of Mrs Clinton’s badly managed time in office for the past 30 years.

Mr Holt kept after him about things Mrs Clinton accused him of and he had to prove, which he did, that he was AGAINST the invasion if Iraq, something that is irrelevant as he’s never been involved in public office.

It’s being put out on social media that Mrs Clinton was rumored to have an ear piece during this debate. If so, why? It would explain a few things about this particular debate that didn’t seem right.

In the end Mr Trump was more subdued than normal, and though I personally like that Mrs Clinton wasn’t able to bait him as most of us thought, and witnessed her attempts to, that she would.

There were to be six sections, 90 minutes divided into 15 minute increments, in this debate. It seemed they were going in and out of rabbit holes, while not staying on the issue points. The important items were deftly avoided.

Mr Trump was correct when he stood and didn’t get visibly upset but at the same time he did let himself get led down the rabbit hole.

I’m hoping for a more issue involved second debate because we need to have the people know the truth about Mrs Clinton’s bad record in government and her National Socialist/Government Control ideology. This is what I hope to see the next time.

And no more rabbit holes.