Words from the Grave of Cuba’s Martyrs 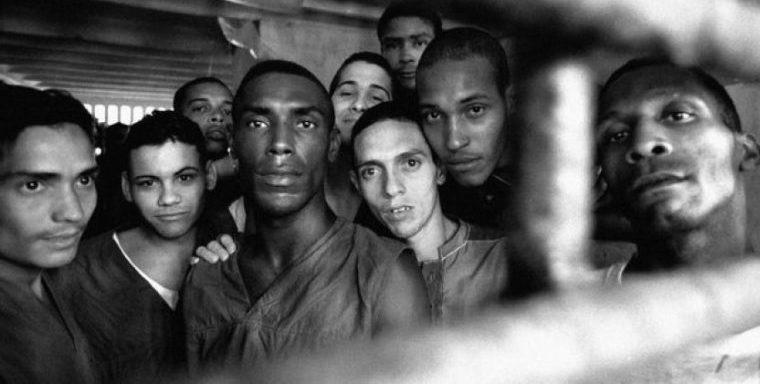 Fidel Castro, one of the most evil dictators the world has ever seen, died on November 25th, 2016, finally moving on to whatever Hell his multitude of treacherous, murderous acts may have earned him; and while many across America and the world are thankful Castro is dead, we are also sad.

We are sad that his body wasn’t full of holes from CIA or Cuban-American bullets and hung from a lamppost outside the gates of Havana. We are sad that Raul and his fellow Commie Rats didn’t follow him, and we are sad that so Leftist Americans chose to place their heads where the light of truth never shines and sing Castro’s praises, rather than ever seek justice for the exiles, the mass theft and the mass incarcerations and the mass murders that shattered virtually every family in Cuba for more than five decades.
Leftist Americans of the same ilk as Obama, Rep. Barbara Lee, former President Jimmy Carter, Rev. Jesse Jackson and NBC’s Andrea Mitchell prove they are ignorant beyond belief, when they speak of the “great things” Fidel, his brother Raul and Che Gueverra, their enforcer, did for Cuba. These are the same people whose virtueless statements exhibit a missing moral compass for good and the protection of human rights and freedom, simply because they are envious of what the Castro brothers did in Cuba; and if they could, they would see our freedom and individual liberty limited and our knees bowed in consent and acquiescence to their own brand of tyranny.
On November 26th, Obama offered “condolences to Fidel Castro’s family”. Where are Obama’s condolences for the hundreds of thousands of Castro’s victims?
Many Cuban peasants, such as Juana Diaz Figueroa, fiercely resisted Castro’s forced farm collectivization, and many died in the process, especially after Castro received Soviet weapons from Khrushchev. Juana
was six months pregnant , when she was murdered by Castro’s firing squad on Christmas Eve 1961 for the “crime” of feeding and hiding “bandits”, Castro’s and Che Gueverra’s term for the Cuban peasants who used arms to prevent the theft of their land.
One-hundred and sixty-six Cubans, civilian and military opponents to Castro, suffered the forced extraction of up to seven pints of blood per person on May 27th, 1966, and they were taken on a stretcher unconscious from blood loss and executed. The blood was sold to Communist Vietnam for $50 per pint, showing just how little Cuban lives – human lives – meant to Castro.
And still the “Reverend” Jesse Jackson was once able to utter the odious words, “Castro is the most honest and courageous politician I’ve ever met.” Arm in arm with Fidel Castro in 1984, Jackson yelled “Viva Fidel! Viva Che!”
NBC’s Andrea Mitchell called Castro “old-fashioned, courtly – even paternal, a thoroughly fascinating figure.”
Representative Barbara Lee (D-CA), gushing over Commie Comrade Castro, called on Americans to “stop and pause and mourn [Castro’s] loss”. She added the lie that Fidel’s “revolution” led to “social improvements for his people”.
In 1957, prior to Castro’s takeover on New Year’s Eve 1958, Cuba led Latin America on a number of fronts and it was ahead of many of the world’s nations also. Cuba’s 32 deaths per 1000 live births [UN Report 1958] was comparatively better than West Germany’s 36, Ireland’s 33, Italy’s 50, Spain’s 53 and Japan’s 40. Cubans ate better than any Latin American nation except cattle-rich Argentina and Uruguay, and Cuba’s 76 percent literacy rate was only slightly behind Chile, Argentina and Costa Rica.
Riding into Havana on January 8th, 1958, Castro’s communism destroyed a thriving society. Not only were Cubans impoverished through Marxist dogma, they were left to survive however possible on a small monthly government ration of rice, beans and flour, in a system that gave them no political voice or recourse. And this situation has only been made worse by Obama’s unilateral concessions to 85 year old Raul Castro, Cuba’s new leader.
Castro’s commie regime is highly motivated to get their hands on U.S. currency through “improved relations” and ending economic sanctions, but they have a deaf ear concerning Obama’s pleas for taking greater care of human rights. According to the Cuban Observatory on Human Rights, 1474 people, including 512 women, were arbitrarily arrested in January, and there have been 8,505 arrests documented by the Cuban Committee for Human Rights and National Reconciliation during the first eight months of 2016, representing the highest rate of political arrests in decades.
Does this really surprise anyone?
After all, this is the same regime that imprisoned any Cuban calling for democratic elections and gave Che Gueverra the green light to execute 1500 Catholic priests. these are the communist thugs who trained and funded well known terrorist groups, from the Black Panthers to the PLO, from the Weathermen to Colombia’s FARC and from Puerto Rico’s Macheteros to Al Fatah.
Praising Fidel Castro’s supposed and claimed desire to provide for all Cuban’s basic needs, from healthcare to universal education, Jimmy Carter, former U.S. President and Democrat, said “We greeted each other as old friends”.
Approximately twenty times the number of people have died in attempted escapes from Castro’s de facto Gulag of Cuba as died escaping East Germany. Seven thousand fled annually to the U.S. after 1990, but that number has steadily increased over the past eight years to 51,000 and climbing; and yet, prior to the Castro Brothers and Che, Cuba received more immigrants than nearly every other nation, including the U.S. during the Ellis Island years.
Most of Castro’s victims are buried in unmarked graves dug by bulldozers at Castro’s orders. But long rows of white crosses above symbolic tombs in Miami’s Cuban Memorial bear their names, so that young Cuban-Americans never forget their martyred fathers, mothers, aunts and uncles and grandparents. And people such as Obama, Carter and Jackson who can shake the hands of the murderers Fidel and Raul – the hand of any tyrant – are unworthy the name of husband, father, or friend, and they have the spirit of a sycophant and the heart of a coward.