In Defense of the Conservative & Alt Right 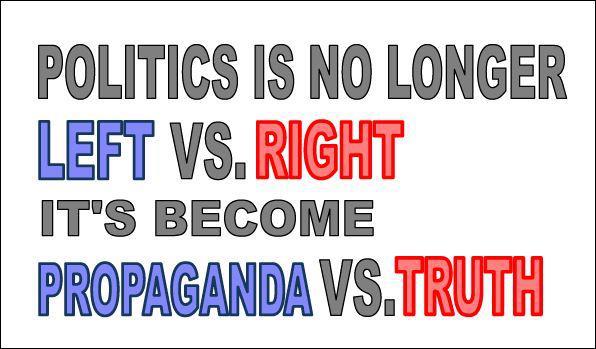 It was a grand delight hearing the howls and wails of indignation expressed by the Unholy Alliance (Democrats, Liberals and Media) once Trump’s election victory was confirmed. Watching the despair descend over the faces of media talking heads on CBS and CNN as state after state fell into the Trump column was akin to watching your favorite team conduct the winning touchdown drive in the Superbowl. Most satisfying indeed.

The “journalists” on MSNBC and ABC were positively apoplectic when Clinton lost Ohio and Florida. One of them actually started crying. But they kept reporting their own crushing defeat on live TV with the enthusiasm of tax cheats waiting in line for an IRS audit. They should have just martyred themselves to stop all their suffering. While it does bring on many changes, they simply forgot that suicide is painless.

When Trump won Pennsylvania and North Carolina all those silly little Starbucks-sipping snowflakes at the Clinton “victory” party also started crying. That image alone was worth the price of admission. Crying! There’s no crying in politics! Trump’s victory was a bit more than a “micro” aggression for sure. The only “Safe Zone” they could find was the White House and that won’t be available soon.

While the corrupt and duplicitous media were the real losers, Clinton actually won by losing. That is counterintuitive but true because she would not have been able to govern with all those scandals buzzing around like hungry vultures. America would have lurched from one scandal after another. Anthony Wiener and the Clinton Foundation money laundering contrivances were just starting to gather steam. Now Billary can just sit back, count her cash and worry about staying out of jail.

The Unholy Alliance looked high and low for the cause of their defeat. Of course, they refused to look in the mirror or point to Hillary Clinton herself. No, no. They blamed the Russians and WikiLeaks. They blamed “fake news” and the FBI. But they finally settled on the Alt-Right. Specifically, they attributed their loss to the fact that White, Christian, working-class Americans had the temerity to vote.

Imagine that! Any patriot who respects the Constitution, Law & Order and traditional American values – and who happened to be White – was deemed to be part of the evil, racist Alt-Right. All those White people who voted for a Black guy named Barrack Hussein Obama TWICE are now tagged ALT-Right simply because they switched to Trump. This exemplifies insidious self-delusional thinking because their version of the ALT-Right now includes millions of people who support Allen West, Dr. Ben Carson, Senator Tim Scott and Justice Clarence Thomas.

The Alliance cheers when Democrats do “outreach” for African-Americans. It applauded the formation of the Congressional Black Caucus. It admires Democrat outreach to illegal aliens and the Congressional Hispanic Caucus. It donates money to La Raza and funds Sanctuary Cities. The Alliance also worships with hapless devotion at the Altar of Diversity….as long as “People of Color” and the “LGBTQ Community” are the lone beneficiaries.

Diversity of thought, however, is totally banished from all those “tolerant” Liberal minds. Just try advocating an idea that runs contrary to Liberal orthodoxy on a college campus these days. Those “compassionate” ALT-Left Liberals will encircle you at light speed with claws bared and fangs dripping.

The Democrats and their liberal media acolytes claim they’re “inclusive” and want all Americans to be “protected and respected”. While it’s true they bent over backward pandering to women, Blacks, illegal aliens, gays/lesbians and Muslims (who actually hate gays and Liberals), the Alliance totally shunned White, working-class, Christian heterosexual Americans. As a matter of fact, Liberals, Democrats and the media ridiculed and demeaned such people reflexively.

The Unholy Alliance rejected the idea that White, Christian, working-class heterosexuals are legitimate constituents in America anymore. Especially if such people are Republicans who populate fly-over country. Democrats have simply gotten lost in their own deep, dark, fetid jungle of Identity Politics and Political Correctness. They’re in so deep that sunlight and GPS signals can’t reach them. That’s one key reason why they missed all the signals the election was lost.

Self-loathing liberals are the real racists, not the Right….ALT or not. Radicals like “Black Lives Matter” were celebrated at the White House. Anyone who criticized Obama or BLM for any reason is painted as racist. All races, nationalities, creeds, cultures and “People of Color” were encouraged by the Unholy Alliance to stand up and speak out. Everyone…except White, Christian working-class people who only want to retain American values and culture. They were mocked and told to sit down and shut up.

Oppression can be defeated by activism and the election clearly illustrates that White is a color, too.