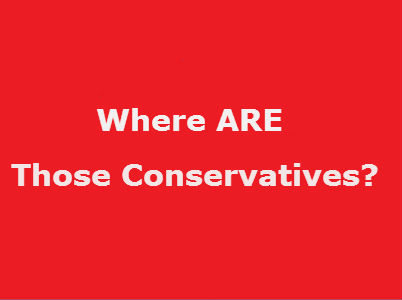 I once heard a talk radio personality give the criteria he uses when selecting topics about which to opine. His litmus test was simple…

Does it need to be said?

Does it need to be said now?

Does it need to be said by me?

Given the deluge of blockbuster headlines recently I decided to write about what I chose not to write about instead. My colleagues have the big issues well covered without me.

$400 Million in laundered cash delivered in an unmarked aircraft, in the dead of night, to Iranian Officials. A drop which just so happened to correspond with the release of four American

“Those families know we have a policy that we don’t pay ransom,” Obama said. “We do not pay ransom. We didn’t here, and we won’t in the future,”

The prisoners have made public statements that they were not allowed to leave until the plane carrying the cash was secured.

Couple this latest incident with the already disastrous Iran Nuclear Deal and you have a highly suspicious transference of wealth and power to the world’s leading State sponsor of terrorism. Hamas and Hezbollah wait in the wings for their cut.

President Obama said during a 2012 speech the “future must not belong to those who slander the prophet of Islam.”

Mrs. Bill Clinton stated that the religious beliefs of Americans must be changed. She further decreed that a Hillary presidency would seek to undo all of the laws restricting abortion and make abortion on demand, without qualification or question, the law of the land. Her diabolical offering to Baal would even include a repeal of the Hyde Amendment, which prevents the Government from using our tax dollars to fund abortions.

3300 unborn are murdered every day.

“What difference, at this point, does it make?” – Hillary Clinton

What was formerly considered “right-wing conspiracy theory” has become abundantly clear to anyone intellectually honest enough to admit it. With the Wikileaks DNC email scandal, we finally have documentation confirming our greatest fears.

The media is controlling our elections and, in fact, controlling America’s consciousness.

Everyone in America- from the Sandersinian Marxists to the Tinfoil Hat Wearing Klansman knows that we are being fed lies. Our history is being thrown down the memory hole.

I apologize for my momentary slip into hyperbolic outer darkness. I’m not really a conspiracy theorist- more of a minder of slippery slopes and the slip-and-slide of America’s demise is bone dry. We’ve reached the dry-grass, skinned-knee culmination of our joy ride.

Which brings me to my final, and most disheartening, point.

Amidst enough scandal to sink a hundred political opponents, Donald Trump won’t just shake hands, kiss babies and let Hillary implode under the weight of the truth of the aforementioned indictments. He continues to steal the spotlight, which the complicit opposition media is all too eager to give him, by arguing with crying babies and insulting the parents of fallen veterans (even if they do, allegedly, have ties to the Muslim Brotherhood.)

Even my seven-year-old nephew knows that if you give all of your NERF bullets to your friends, you can’t win the tree house siege.

For all the billions of dollars Trump has- for all the bravado- for all the pomp and circumstance – he can’t seem to find the formula (or is it desire?) to beat Hillary.

“What I wouldn’t give for a holocaust cloak.” Westley (The Princess Bride)

A colleague of mine recently penned an essay lamenting the Conservatives path along the “high road” and where that path has taken us. Her conclusion is that it has taken us, despite our fervent prayers, out of the political game.

Conservatives have rightly sought to be peacemakers – we rightly sought to think no evil of our fellow man -we rightly desired to have faith in God and not man but have been unwittingly complicit in our Nation’s demise by not being involved in public service like our founders were.

Devoid of some resurgent phoenix of Judeo-Christian ethics and Conservatism rising from the ashes of our once great Republic- Conservatism is dead.

The America of my Grandfather is gone.

The America that will be left for my nephew will be a perverse, anti-Christian, Socialist, linguini – spined global laughing stock – beholden to our enemies and cursed by God for our disobedience.

Many of us will claim that we tried to stop it, but did we really? I know I didn’t, not really, until it was too late.

I began writing about the demise of Judeo-Christian America and Conservatism because I still can.

Christmas 2016 will bring the purchase of my first AR-15 – just because I still can.

God, guns and guts made America free- godlessness, disarmament and cowardice will make us slaves. There will come a day when God- fearing Patriots will be jailed, simply for existing- let alone speaking their mind.

Get involved with your Local and State Government if you have such abilities. Study, write, speak, pray and teach. God is merciful and He may yet heal our land but it definitely couldn’t hurt to learn to hunt, fish and be self-sufficient just in case He doesn’t.

Many are opting to move “off-grid” where a man is free to worship God- speak His name and raise Godly children- free of the Liberal re-education camps that now serve as our school system.

That’s what this aging, Christ-following patriot and his wife, little dog and his laptop plan to do- Lord willin’ and the creek don’t rise. I’ll continue to speak the truth for as long as I can, until and after they take me away.

If they can find me…

I wonder if Texas has room for all of us?