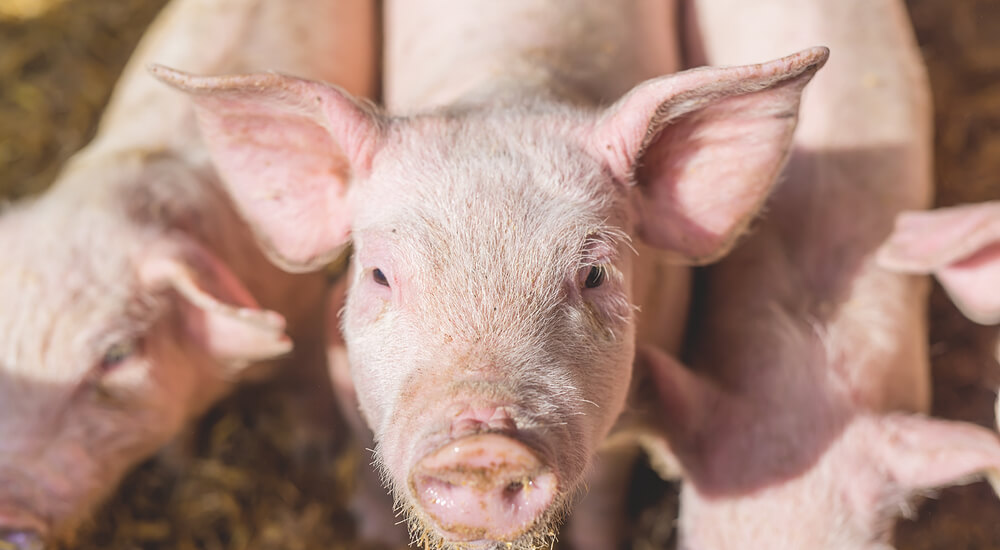 “I am going to tell a three-headed pig to say the same thing in three different languages,” I told an online friend, partially in jest and partially due to a dream-like reverie. “These languages are,” I continued, “arcane languages that are unintelligible to mankind but which contain many powerful chants, words, sounds, and vibrations.”

“Do you know of a three-headed pig?” my friend asked, not unused to my random imaginings.  “Is he a good friend of yours?”

By this time, my inner world had become populated by all kinds of wonderfully strange and otherworldly beings; the three-headed pig stood proudly alongside lavender-colored unicorns, dead movie stars, Catholic saints, flute-playing angels, serenading turtles, long-forgotten deities, and so on.  I didn’t question the validity of such imaginings, didn’t diminish them by saying “they’re only in my mind” or “they’re not real” because by this time, I knew better.  I knew that there were other dimensions of consciousness which could not be understood with the rational mind, and in order to reach these we had to suspend that nay-saying cynic which kept us rooted in the toxic dramas and ideologies of this world.  I had come to believe, in fact, that many (if not most) of the problems that we face in the world today come from the fact that we have lost our ability to believe… lost touch with that magnificent inner realm in which all things are possible.

Whenever I felt the world was beginning to wear me down (quite often these days), I returned to this wondrous inner world — and the three-headed pig always received me very warmly.  I stood humbly before this marvelous creature, and each of its heads began speaking a different language, just as I had imagined.  Each language was unique, and all were equally beautiful, charged with creative and spiritual power, and somehow complementing each other.  Even though all three heads of the three-headed pig spoke simultaneously, the effect was strangely harmonious, even musical, each language contributing to a linguistic melody unlike anything that had ever been heard by human ears.  Lyrical, strange-sounding words like Spippapeega, Vwa-sesha, and Frudbanyon overlapped each other ever so delicately, and seemed to act as mantras which unlocked hidden reserves of spiritual power, wisdom, and resonance.  I surrendered to a feeling of deep and astonishing joy which is so rarely achieved in ordinary waking life.  All the problems of this vile and tormented era vanished, and I yielded to the soft, fluid delights of heightened creativity.  I was immediately released, in that moment, from the bondage of human thought patterns and the restrictive influence of the conscious mind and 1+1=2 thinking.

As the three-headed pig continued to speak, I surrendered even more to what I can only describe as a heightened awareness — as if every fiber of my being was totally alive in the moment.  All fatigue lifted, all pains scattered, all heaviness disappeared, and I joined in the symphony of languages: “Tudderdisma,” I said.  “Tudderdisma.  Tudderdisma.”  This word just fell from my lips, emanating from some deep place within me where language had been redeemed from vicious political agendas and sloppy slangisms and resonated to a higher-vibrational frequency.  I felt as if I were in the presence of God Himself, or closer to Him than I had been in a long time, and in that moment I understood that a restoration of the beauty and lyricism of language and thought can result in a restoration of Divinity in Life.

This was such a deeply revitalizing ritual that I longed to meet the three-headed pig in reality.  So, partially in jest and partially out of some dim hope that life might surprise me, I called a farm that I knew of, which rescued pigs from slaughter.  I asked them if any of their pigs had three heads or spoke weird languages, and the girl on the phone laughed and said: “Um, as far as I know, all of our pigs have only one head and the only language they speak is: Oink, Oink, Oink.”

We laughed, and I thanked her for her good humor.  I loved these instances where my inner world overlapped with my outer world, and I allowed myself to completely set aside all “rational” thinking and just be silly and free.  I felt that there was tremendous power in this, even though I knew that many people would probably think that I was crazy.  (Actually, many people already did think I was crazy, so I really had nothing to lose.)

The more I visited the three-headed pig in my mind, the more I felt that I was helping to create what I had come to call a counterforce — that is, an alternate energy current of childlike wonder and creativity which runs concurrently to the energy current of violence, mayhem, inflammatory political agendas (the Left-Wing agenda in particular), and negativity.  The key is to truly believe that the treasures of the “expanded imagination,” as I liked to call this phenomenon, are valid and real, and when we allow ourselves to dip into the Higher Mind, there just may be a three-headed pig waiting to receive us.