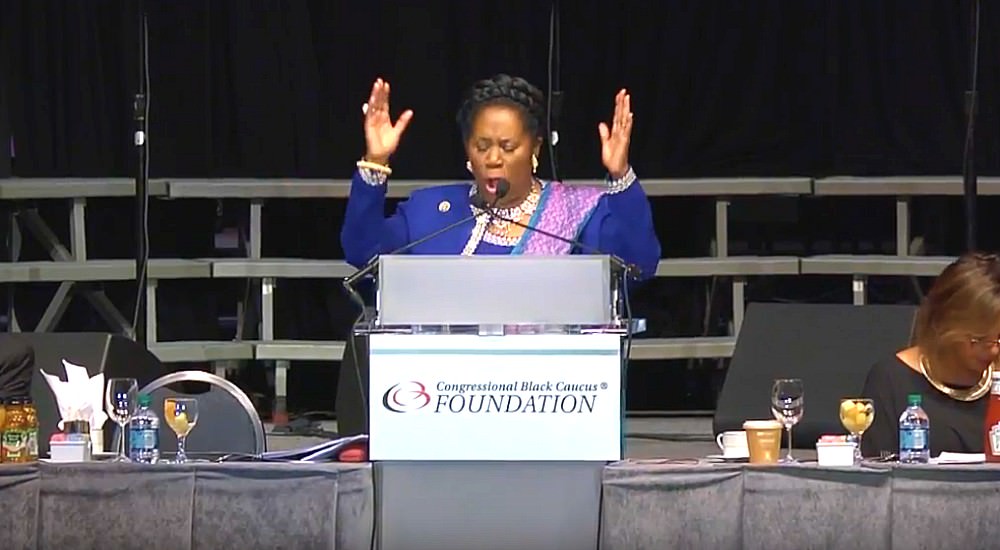 Flipping through my TV channels, I stumbled upon the 2017 Congressional Black Caucus Annual Prayer Breakfast on The Word Network; the world’s largest black religious channel. This year’s theme was, “And Still I Rise”.

Folks, I thought, “Oh my gosh, these people have no shame.” This breakfast was all about exploiting black’s Christian heritage to deceive them for the purpose of furthering Leftists’ anti-Christian agenda. Every musical performance praised Jesus. Leftists despise Jesus, aggressively seeking to ban the God of Christianity from the public square. http://fxn.ws/2tah6Q0 Several of the all democrat speakers quoted the Bible to strengthen their political deceptions. The truth is quoting the Bible is as repulsive to Leftists as showing Dracula the cross.

The CBC Prayer Breakfast had nothing to do with Jesus or spreading His Love. Quite the opposite. It was about spreading hate for police, strengthening the Trump resistance and strengthening black’s bogus belief that they are victims in America. The breakfast was also about despicably instilling hate and fear to register new democrat voters.

Oh how I wish I could grab my fellow black Americans by their collar and slap them into reality. America is the greatest land of opportunity on this planet for all who choose to go for it. Forget the democrats/Leftists’ victim nonsense and pursue your dreams.

Though opposed by his peers, Dr King stood firm on the principle of non-violent activism. Today, democrats praise violent hate groups Antifa and Black Lives Matter. Obama honored Black Lives Matter at the White House. You have not heard a single word of criticism from the CBC against Black Lives Matter calling for the killing of cops and whites. http://bit.ly/2aDASII

Dad pressured/shamed me and my four younger siblings into voting and joining the NAACP. Dad said, “A lot of folks suffered and died to give y’all the right to vote.”

As a young man in the 1970s, I joined the NAACP. Upon attending my first meeting, I thought, “What is wrong with these people?” It felt like I stepped back into 1950. The vibe was depressing. I was surrounded by long faced blacks singing, “We Shall Over Come.” I commented to Dad that the meeting felt like I walked through a time warp into days of black misery. Dad chuckled.

I was a young black man enjoying the fruits of Dad and his fellow civil rights activist’s labors. I attended the mostly white Maryland Institute College of Art on scholarships. I was the first black graphic designer employed at WJZ-TV, ABC affiliate in Baltimore. Life was good. But the folks at the NAACP meeting were sad, depressed and angry; acting as though black slavery was alive and well in America.

Watching the 2017 CBC Prayer Breakfast, I witnessed the same absurd lie that America is still a hellhole of racism for blacks. The “And Still I Rise” theme means blacks stand strong despite being persecuted daily in America.

All that hate promoted at the Congressional Black Caucus Prayer Breakfast was insidiously shrouded in Christianity. As a Christian, I found the so-called “prayer breakfast” a sad evil deception.

As a black American, in the name of my Lord and Savior Jesus Christ, I command Leftists to, “Let my people go!”