Comedian and Rock Star Booed off Stage After Trump Remarks 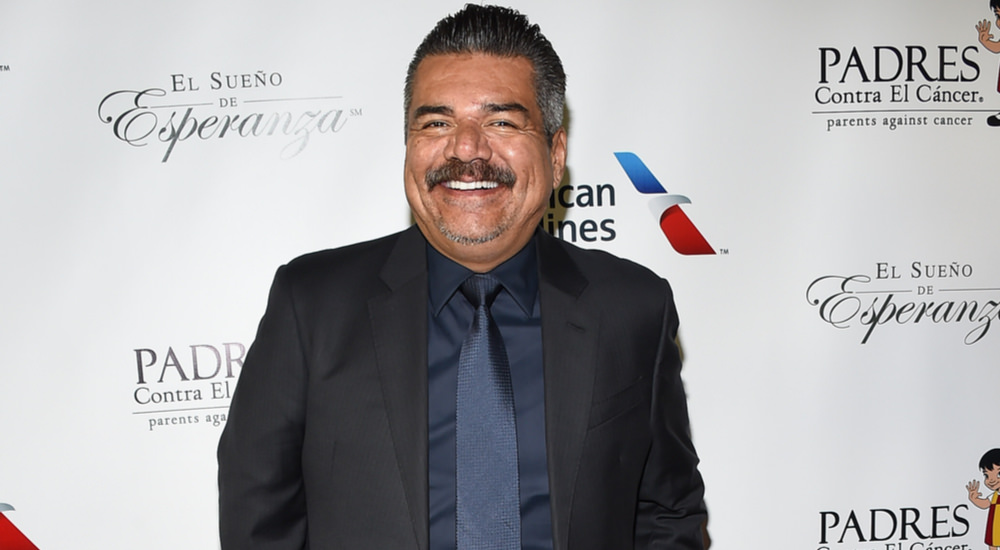 So-called comedian George Lopez, who is about as funny as a broken crutch, was booed off stage at a benefit to assist a juvenile diabetes foundation in Denver last week when he used the venue to attack Donald Trump which brought outrage.

A man named Maffei, sitting in the front row who had just donated $250,000, objected when Lopez began trashing President Trump. Mr Maffei stood up and politely asked him to stop showing disrespect for our president. But Lopez arrogantly responded, “Thank you for changing my opinion on an old white man, but it doesn’t change the way I feel about orange men.”  This Latino misfit then took it further by stating, “OK, I apologize to your white privilege.” The audience then rightfully booed this unfunny knucklehead off the stage. These untalented “entertainers,” think of themselves as the Resistance to President Donald Trump.

Rocker Pink Floyd alumni Roger Waters hopped on the “resistance’ bandwagon” for a concert in New Orleans last weekend. The rocker showed several profane images meant to degrade President Donald Trump on the giant screens behind him as he sang.

According to the New Orleans Advocate,  “While Waters performed ‘pigs (three different ones)’ several images were displayed for fans to see; Images of Trump as a baby, another of the president being held by Russian President Vladimir Putin, one of Trump wearing KKK hood, and another image of a naked trump with a small penis, which was disgusting, vulgar and totally unacceptable. This really crossed the line. The images ended with the words, “Trump is a pig” on the screens as a giant pig floated over the audience.”

Fans, or rather former fans, booed him loudly while many others walked out of the show. They should have demanded ticket refunds. In the  future anyone who is exposed to this sort of trash when they come to be entertained should do that very thing.

Donald Trump was legitimately elected as President of the United States by MILLIONS of voters who totally outnumbered the mentally sick George Soros Communist Democrats who are enemies of this country.

Sick NFL Gets Message from on High.

One man got so angry at the NFL refusing to stand for the National Anthem, which shows total disrespect for our service men and women who fought under that flag and got injured, or killed, that he paid for an airplane pulling a banner message over the playing field where a game was taking place,  asking the public to not support NFL games by their attendance or watching them on TV.

As a veteran who was exposed to mustard gas while serving under that flag, every member of my company was killed except for me. Even though I lived, this resulted in severe painful health problems for the rest of my life. So when these black privileged multi-millionaire football players, who think they are mistreated (?) spit on the flag of The United States that gave them incredible opportunities, they virtually add to my painful injuries by poking their fingers in my eyes.

I totally agree with this method for banner planes to fly over stadiums. Terry Smiley who financed that flyover said he was not only ticked by the players refusing to stand for the National Anthem when the Jacksonville Jaguars played in London,  publicly displaying total disrespect for the United States while in a foreign country. These traitors should all be arrested and given jail time or refused entry back into the United States.

Smiley’s plane with the banner flew over the stadium—Everbank Field—for 2 hours. Perhaps this could be repeated in other NFL games across the nation. Meanwhile, this writer will NEVER attend an NFL game or watch one on television. There will be no toleration for anyone who disrespects our president.

Instead of letting valuable time be gobbled up by these trash-head football games in person or on TV, or even going to the vulgar propaganda movies, why not instead have special family days to just be together as a family to talk, play board games or go for a ride. Sundays would be far more productive by going to church than being snared into a rough and tumble contest where participants injure themselves and and give the finger to everyone who watches them.

That would be a far more profitable use of valuable time…time that you will never get back again. You only have one time to see your children at each phase of their lives, and your spouses will only be with you for so long a time. Treasure every moment with your families and your pets.  THAT is where your mind should be rather than ensnared by a barbaric game featuring a bunch of spoiled brats who insult us all, and don’t care one tinker’s dam about you. Think about this.