Bernie Continues to Bash the Rich 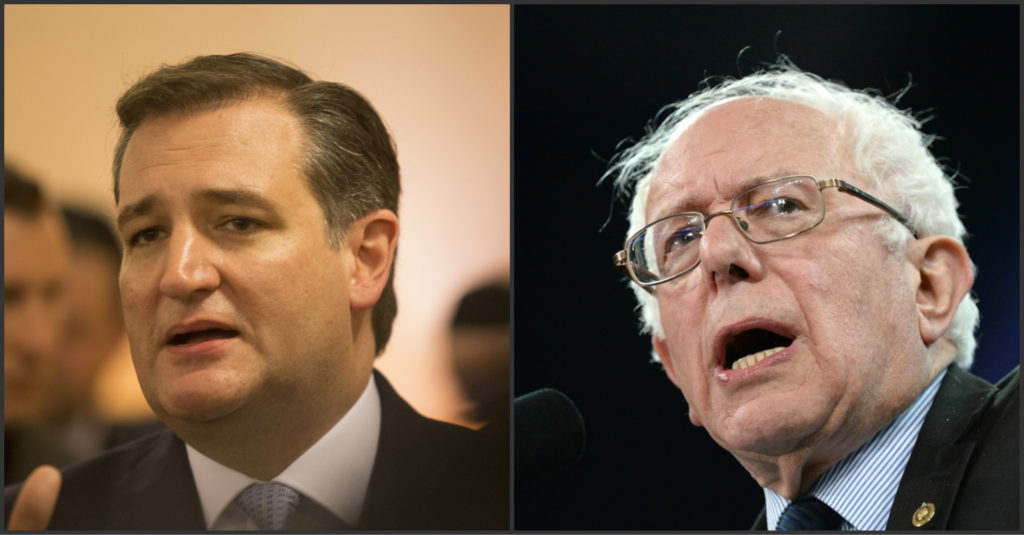 How do politicians’, particularly leftists, best curry favor? They do so by means of give-aways – or at least the promise of give-aways. This is the modern leftist politicians’ job – to makes promises to give voters free stuff. And it’s why so many incumbent politicians get reelected.

Incumbents are already on the inside. A challenger is on the outside looking in. They can only make promises, while the incumbent can remind voters of the free stuff they are already getting – and if they want even more, they should reelect the incumbent. This puts the challenger at a decided disadvantage.

Democrats are masters of the art of the “promised” give-away. But for them and those who actually believe their rhetoric, it is not just about giving away stuff, but promising to take other peoples’ stuff by force of government and giving it to their voters.

The evil rich are their favorite target, and we saw this on display during the Cruz/Sanders tax debate the other night on CNN. All night it was Sanders vs. the rich, with an injection of reality and reason from Ted.

And no where was this “us vs. them” more apparent than during the debate over the estate tax, colloquially known as the death tax.

Sanders took great offense when Cruz called it the death tax. He felt compelled to correct Ted. Bernie interrupted Cruz right off of the bat to remind viewers that it is called the “estate tax – they call it the death tax.” Ted said, no – in fact it is a death tax because, “it kicks in when you die.”

Cruz correctly pointed out that it isn’t the mega-rich who get hurt by the 40% death tax. In fact it is the small business person, like farmers and ranchers, who are often crushed by this tax burden. These are the citizens who wish only to pass on the fruits of their life long labors to their families. They are often just barely getting by doing what the love, but to Washington they appear rich, because of the land they own. The only way to pay the massive death tax is to sell off the land, which in turns ends the business.

This was like water off a ducks back to Bernie. He only wished to concentrate on billionaires like the Koch brothers. Ah yes – the evil Koch brothers – the whipping boys of the left. It’s interesting that if the Kochs were democrat billionaires, like Tom Steyer, Michael Bloomberg, George Soros, Warren Buffett, et al, not a word would be said. And save for Cruz bringing attention to them, they would not have been mentioned.

Sanders said that it’s just not fair that republicans wish to kill the estate tax to benefit the Kochs.

Yet Cruz was quick to point out that the super-rich don’t and won’t pay the death tax. They have armies of lawyers and lobbyists who make sure of this. Freddie the farmer and Ronnie the rancher don’t.

It’s why we never hear these billionaires complaining about the estate tax, or frankly any tax. In fact it’s quite the opposite. Many of these leftist billionaires claim they wish to be taxed more. They make these claims for two reasons. First, they know, because of their crony government connections, they’ll never have to pony up. And second, the mere public proclamation keeps the riotous hoards from storming their castle walls. They are effectively inoculated from criticism.

The common Sanders theme throughout the debate was to punish the rich for the sake of the sainted poor and of course, “working families.” Bernie knows that he must continue to bash the rich to curry favor with democrat voters.

It’s a pillar of leftist progressivism. The wealthy are essentially independent and naturally don’t need government assistance of any kind. Therefore the leftist politician is rendered meaningless. This is the sole reason why democrats treat the wealthy with such disdain and paint them as being inherently evil.

As stated, a politicians’ job is to give away stuff to secure reelection. If leftist political hacks have nothing wealthy people need, what good are they?