The Collapse of the Dictator’s Daughter 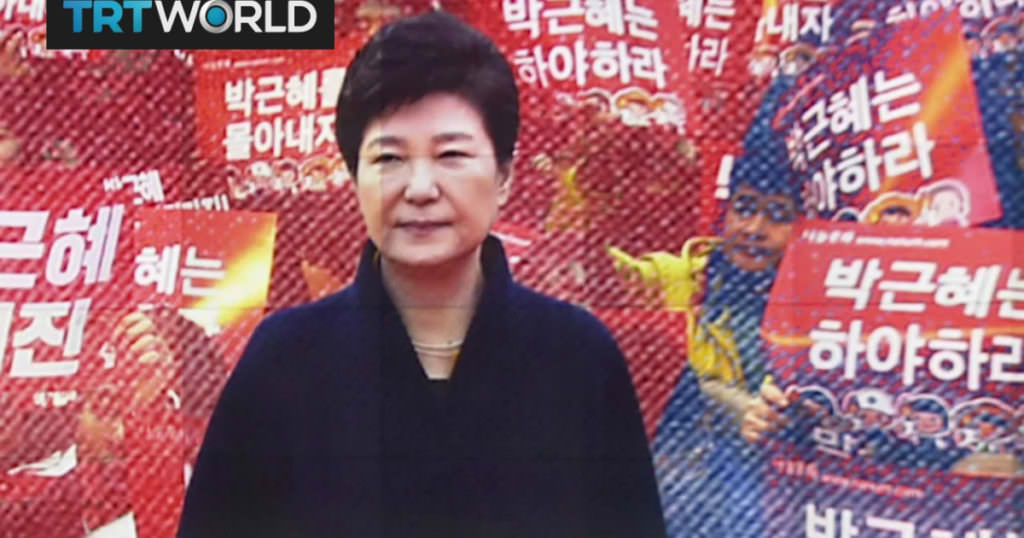 By Vasily Golovnin, Head of the TASS bureau in Japan

The fate of South Korean President Park Geun-hye, who fell under the impeachment due to the lost tablet (and million demonstrations) is a real adventure novel.

Fried chicken is now in great demand in South Korean snack bars, and dishes from it are ordered with laughs or even with cries of political slogans. The fact is that the “chicken” is the pejorative nickname of the now-former president of the country Park Geun-hye, who on March 10 by unanimous decision of the Constitutional Court was finally disgraced. Earlier, on Dec 9 last year, most members of the national parliament, where the opposition dominated, voted for impeachment.

However, in fact, the “chicken” was replaced not by them, but by hundreds of thousands of Seoul residents and other large cities of South Korea who for long months, each weekend, went out to marches and rallies of peaceful protests. They demanded the resignation and trial of Park Geun-hye, accusing her of involvement in financial fraud, abuse of power and questionable associations. Manifestations were gathering more than a million people – people demanded guarantees that in
their country, which with difficulty and through considerable sacrifices got rid of the military dictatorship in the late 1980s, the regime of personal unlimited power will not revive. The story with Park Geun-hye showed that such fears are almost in vain – for decades of democratic rule in South Korea, independent parliamentary, investigative and judicial bodies, the media have been set up, which can be a safeguard against abuse even at the very top.

And everything began, as often happens, with an almost comic story – reporters of one of the TV companies found a discarded or lost tablet with secret documents and preparations for speeches of President Park Geun-hye. The chain of investigation led to the long-term closest friend of the head of state named Choi Soon-sil – an extremely exotic person. Choi Soon-sil’s ex-husband is President Park’s former chief of staff. Choi is the daughter of a South Korean Shamanistic-Evangelical cult leader, Choi Tae-min, the late founder of one of the many sects in South Korea with a mixture of elements of
Christianity, Buddhism and shamanism, sect which for many years had a huge influence on Park Geun-hye. Approximately the same impact on the president had Choi Soon-sil, calling herself a shaman maintaining contacts with higher powers. It is said that she held secret mystical vigils and rituals even in the residence of the President of South Korea, in the famous “Blue House” where Park Geun-hye used to live. She always consulted with her intimate friend, instructed her, edited her official speeches, was given to read closed documents related even to national security.

However, the matter was not limited to shamanic rituals and illegal discussions of secret state affairs with a private person – an energetic friend. As it turned out, Choi Soon-sil built a system of drawing money from big business into two of her funds for promotion of the “development of culture and sport.” At the same time she actively propagated “pay to play” options for “generous” persons to get in touch with the president. The largest figures in South Korean business were involved in the corruption scheme. For example, the actual head of the powerful Samsung conglomerate has already been arrested in this case: he is suspected of having sought state support for his family control over this giant industrial group, bribing the self-styled shaman. It is established that the businessman wired to the president’s friend at least several tens of millions of dollars.

The shaman is now arrested, and in Denmark, on the warrant of Interpol, her daughter Chung Yoo-ra, suspected of organizing a mechanism for laundering corrupt money in the EU countries, also has been detained. Other arrests took place, and the independent investigation team, which is in charge of this case, claims that the now displaced President of the country Park Geun-hye, at least was aware of the affairs of her girlfriend. According to other sources, she directly participated in them, for example, allegedly personally setting the amount of contributions that companies had to make to the charities of her friend. However, there are many more secrets in this business, as well as in life 65-year-old Park Geun-hye removed from the political affairs.

She never was married and did not have any notable romantic novels, elegant, but distinguished by enviable frugality: one pair of shoes, they say, can be worn for more than ten years. Madame Pak character has a seasoned, rarely raised voice. And while she is a woman of fantastic, almost incredible fate, you can make films and write adventure novels about her.

Her father, General Park Chung-hee, in 1961 committed a military coup in Seoul and seized power. South Korea was then a beggarly ravaged state and was much poorer than the socialist Northern, where all of the industry created by the Japanese colonialists was concentrated. The General was merciless to all whom he considered communists and suspected of sympathy for the North. Arrests, no trials, tortures became a norm. One could be behind bars just for having an “Anti-Duhring” book by Engels. But South Korea under Park dictatorship made a powerful economic breakthrough: in the 1960s, the country’s economy grew by 25 percent per year. The pace jumped even more in the 1970s when multibillion-dollar investments from the United States and Japan came to South Korea.

In 1974, a Korean who lived in Japan, a fanatic prepared by the Nortern Korea intelligence, arrived in Seoul to kill Park Chung-hee during his public speech. However, the terrorist missed – he shot the dictator’s wife standing next to him, the mother of our heroine. She died in the hospital in five hours, and the president himself read the prepared speech on the occasion of the holiday as if nothing had happened – so as not to disturb the people. The terrorist was captured and hanged.

The daughter of the dictator began to play the role of the first lady and for the first time settled then in the “Blue House.” In South Korea, the economic boom continued, the standard of living grew sharply, and the stormy demonstrations of students demanding democracy continued on the streets. The Korean CIA was engaged in suppressing the opponents of the regime, and Park Chung-hee constantly criticized the secret police boss for his inability to silence the protests. The constant mockeries draw him to frenzy and in 1979, during a closed banquet with singers and models, he shot and killed the dictator. There was an attempt to cover up this murder by blaming North Korean terrorists, but the chief of the secret police was exposed. He was arrested and hanged, and in South Korea, after a brief internal strife, a new dictator-general came to power. There were still many years before the establishment of democracy.

Candidate of the elderly

And the life of Park Geun-hye has changed dramatically – yesterday’s first lady was now in isolation. Most of her friend and her father’s confidants turned away. It was then, they say, she began to seek consolation in the shamanic cult of her closest friend’s father and even, according to some rumors, had not only spiritual relations with him. However, little is known about this period: Park Geun-hye led an extremely inconspicuous life of the hermit until 1998, when South Korea was shaken by the financial crisis, the economy began to stagger. The daughter of the dictator decided that her hour had struck, she
began political activity and in 2012 she was elected president, becoming the first woman to head the state in the Far East, if you do not count the ancient empresses of China and Japan.

The main array of Park Geun-hye voters was made up of middle-class older people who are nostalgic for the rapid growth of prosperity with the deceased dictator, and who believe that the country needs a “strong hand” again. It was these people, her supporters, who took to the streets of Seoul on March 10 this year to protest against the decision of the Constitutional Court on impeachment. The fighting was desperate – at least two people were killed, several were injured. However, observers believe that the situation will soon calm down – more than 70 percent of the population, according to polls, still strongly approve the displacement of the daughter of the dictator.

Now, apparently, she faces arrest and, possibly, a prison for involvement in corruption and other violations of the law. In South Korea, within 60 days after the decision of the Constitutional Court, elections of a new president should be held. Judging by the same polls, the greatest chances for them are for the former lawyer Moon Jae-in, who lost to Park Geun-hye in the previous elections. In his youth, he was a student activist, a defender of human rights. And under the dictator Park
Chung-hee he was even imprisoned – such a weird convergence of destinies in history.

Source: novayagazeta.ru
———————————————–
From LL: By comparison, the South Korean democracy works smother than USA’s.
We do not know when, if ever, the HRC’s “laundromat” will be brought to justice.