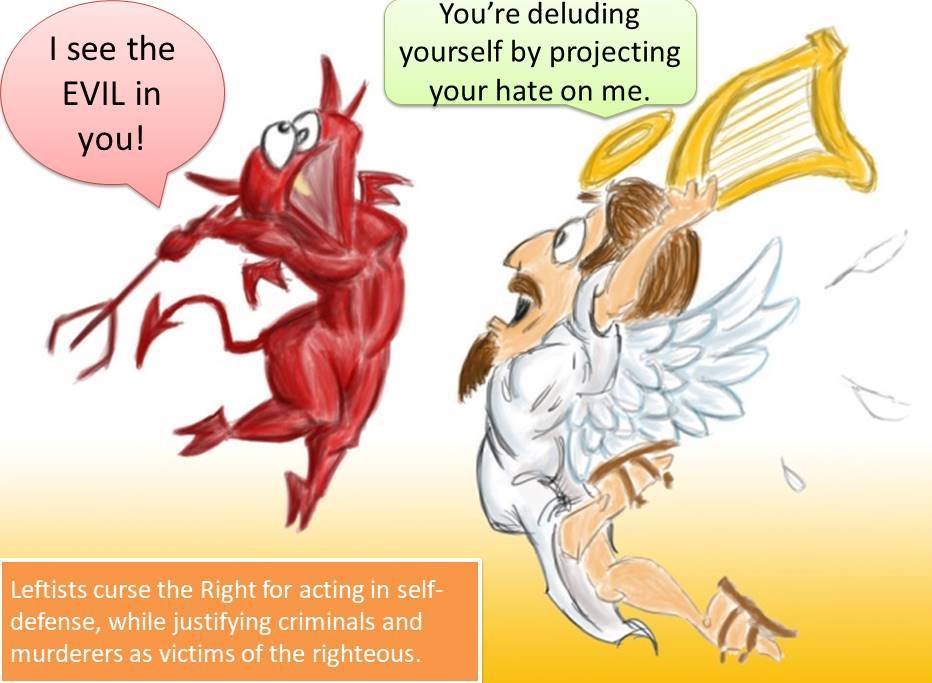 Democrats are saying the Parkland school shooter is a victim of Republicans, that the NRA is to blame for these murders, and that Trump is doing damage by pointing out that he is crazy.  Liberals are proving in an extremely public demonstration that their ideology is the product of mental illness in which they blame the victims and hate the righteous.  Their solutions are to punish the good people who are lawful and excuse the criminals, terrorists, and psychotics.   The only end result for which they can justify this is the disarming of the people to establish the tyranny of socialists Democrats – a fact they deny and a subterfuge they strive to maintain, but which is on full display to the world.

“…a student stands up and says to Senator Rubio (paraphrasing), ‘Senator Rubio, I can barely look at you.  Looking at you reminds me of the barrel of an AR-15.  I feel like you’re a murderer.  I feel like I’m gonna die standing here looking at you.’  And we all know what happened to Dana Loesch. She was accused of being a murderer and people said, ‘Die, b-i-itch,’ and burn this and burn that.

What is anyone supposed to think when leftists demand of Republicans why they armed the Parkland school shooter?  The “Do you still beat your wife” offensive questioning is obvious to anyone with a functioning brain as a smear and not a legitimate concern for a solution to a problem.  They do this because they know they created the problem and they don’t want a solution, but to use the issue to propagandize against Republicans and sway the ignorant and easily fooled to support Democrats.  They blame Republicans for the 2nd Amendment that allows people to be armed for self-defense rather than the criminal who commits murder.  They blame those who kill in self-defense rather than those who commit murder of the innocent.  They blame Republicans who are for law and order rather than the Democrats who have fought to have police hobbled against criminals.  They blame conservatives for standing against them when they advocate for, empower, and glorify criminals and terrorists as victims of the police.  They blame Americans rather than blaming those who hate America for the violence they commit.  They blame Americans for not submitting to Islam rather than the Islamist jihadis who act in accordance with the teachings of Muhammad to enslave or destroy the infidel.  They blame America for standing for liberty rather than her enemies who stand for tyranny.  They blame Christians for upholding righteousness, for being considerate of others because they stand against the selfishness of Satanism, rather than those who only stand for themselves in a selfish orgy of “hurray for me and f*** everyone else!”

In life you have rights, but your rights end where another’s begins and vice versa.  Your rights are not sacrificed for others.  The Left stands for evil on every level from murder to slavery to rape to theft to deception to lies to delusion to irrationality.  No Democrat is talking about taking guns away from criminals.  No Democrat is saying guns must be taken away from crazy people.  No Democrat is saying Islamists who preach Jihad should be disarmed.  They are saying that Republicans shouldn’t condemn criminals, shouldn’t call psychotics “crazy,” and shouldn’t infringe on the “religious” rights of Moslem fanatics.  They want to stop insane shootings, not by stopping the evil that perpetrates these murders, but by taking guns away from law-abiding, good-hearted Christian conservatives who only have guns to protect their families.  They hobble police with non-lethal, non-dangerous force and then pit heavily armed, sociopathic criminals against them.  Whenever a shooting occurs they applaud when police are the victims, curse them as pigs, racists, and oppressors, and glorify criminals as freedom fighters.  The Left embraces evil as freedom, curse God as the oppressor and praise Satan as the liberator.  They lack the moral compass to recognize the difference between good and evil.

The Left always acts against those who promote self-defense by condemning them, while empowering, justifying, and excusing criminals and murderers.  According to their irrational logic and dysfunctional thinking; arming teachers is insane, murderers are victims, criminals are irrelevant, and the way to be safe from guns is to disarm lawful citizens.  It’s not only wrong, not only stupid, it’s perpetrating evil.

Weep for the Children: Democrats War on American’s Self-Defense