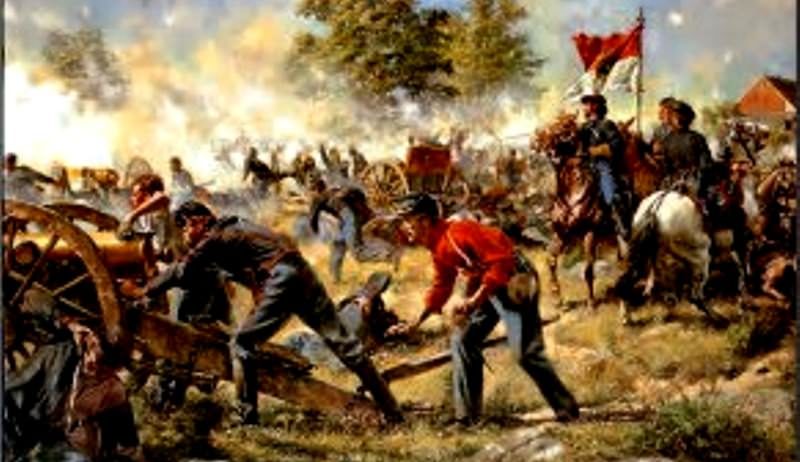 The “Alt Left liberals” want to destroy all the statues, plaques and flags of the Confederate States of America. Erasing history is a tool of despotic regimes as they want to tell you what to think. The good guys win all the wars as they get to write the history. Destruction prevents us from learning the truths in our histories and the truth of the Civil War is shocking.

There were four million slaves in 1860 with each valued at $800. They were bought and sold legally. It is only reasonable that if we were to outlaw slavery the owner would have to be compensated and the slaves given some compensation to live in a cash economy. There is no record of any such discussions and they should have been the first issue debated.

Slave owners could have been compensated with bond issue for $3.2 billion and if we gave each slave another $200 for starters that would add another $800 million for an even four billion Dollars. In 1860 that was an enormous amount of money and one that would seem to make war a reasonable alternative, but it has been estimated the Civil War cost $6.2 billion and took the lives of 750,000 young men, 10% of those from northern states and 30% of those in the south.

Statistical lifespans including infants say average lifespan was 30 years in 19th century America, but adults actually lived to age 64 in that time. Getting through the first five years was the challenge. After that a productive life of 40 years was common. In addition to the $6.2 billion spent we lost the production of 750,000 men or 30 million man-years of production. At only $1,000 per year that is $30 billion so we can see that the Civil War cost was more like $36 billion and we could have prevented it for about one-ninth that cost!

Furthermore, the $4 billion we put into the south in 1860 would have been capital producing thousands of new farms, factories and facilities that would have enhanced and improved the lives of all Americans. The South was ripe for growth and still is today due to continued mismanagement by government.

The forces of darkness have been in charge of America far to long and they are now making what will hopefully be their last stand. We are in a new civil war. Typically, they are fought with young people, some of whom are now ruining their lives by getting arrested in violent demonstrations that will put them in prison for a few years, but only after their parents have spent six figures defending them when they were convicted by a video recording that cost a dime. They will come out to a world that wants nothing to do with them; unable to return to school, get an education, a career or a life.

Democrats want you to believe they invented “freeing the slaves,” when they actually arose from the ashes of slave owner’s plantations and for the power only terror can bring they founded the Ku Klux Klan.

Virtually everything the Democrats have done has been a lie. Their “most successful program,” Social Security,” is a Ponzi scheme with benefits originally designed not to begin until 98% of the contributors had died as documented in Jimmy Byrnes “All In One Life.” We would have twice as much money in retirement if we had only been required by law to deposit that money in a bank where it would function as free market capital.

The elected ruling class raided the trust fund in return for worthless paper IOU’s from a Congress that has no way of honoring other than raising taxes on the same people who deposited the money in the first place! Can you spell ripoff?

Economics is not “the dismal science,” as claimed by academia. It is not a science as experiments cannot be done with conditions replicated perfectly. However, they can be done well enough that we can say economics is based on “valid statistical studies” and have confidence in them, if the authors are honest.

Honesty is the question as every member of Congress gets very rich on $170,000 per year while maintaining two residences in two states. This does not equate. Clearly, the number of honest men and women in Congress is very small.

It is the study of our history that can show us solutions to problems where the destruction of it only puts us in hands of distorting Democrat despots.