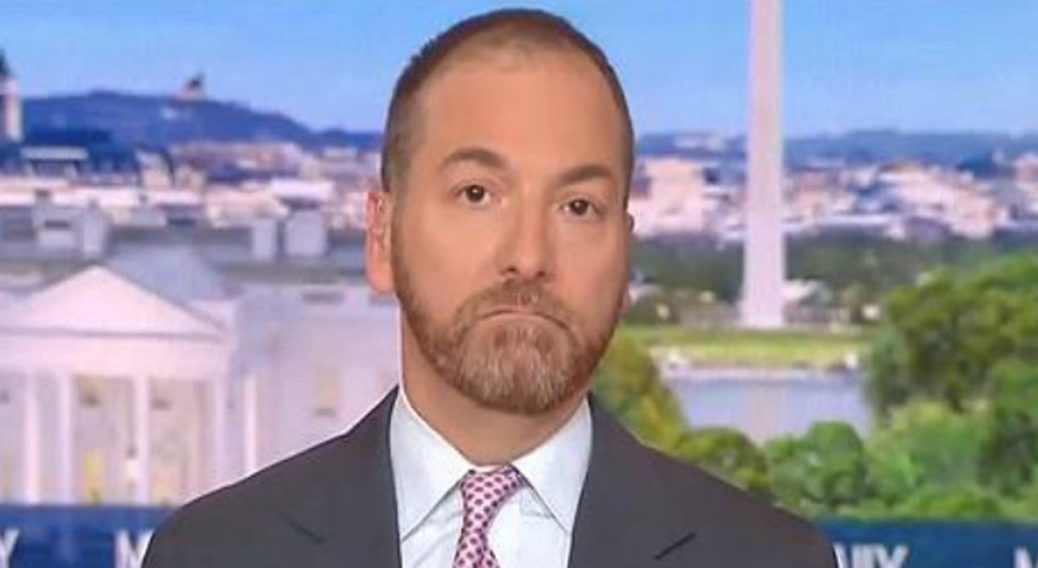 The Sunday version of Meet The Press will remain on the broadcast NBC Network. Perhaps because the Sunday show has done an excellent job of making its remaining audience miss the late great Meet The Press host, Tim Russert.

This move to streaming represents the third MTP Daily “home” in the past two years, The Daily MSNBC show moved from 5pm to 1pm, and now it is moving to the streaming service. With its new streaming home, one estimate is that Todd’s daily audience will drop from 20 to 12 people. One of the 12 will be someone who leaves their TV on whenever they leave the house, so criminals will think the house is empty.

“NBC News is the leader in streaming news,” NBC News President Noah Oppenheim said in a statement. “Since our launch, we’ve been committed to delivering the best of NBC News’ journalism, free, to streaming audiences everywhere. Chuck was one of the first broadcast anchors to see the massive potential of streaming and bringing Meet the Press’s daily franchise to NBC News NOW reinforces the platform’s status as the destination for news on streaming.”

Of course, Oppenheim’s statement was full of lies. For example, NBC News is the leader in streaming news.? The leader? The Fox News streaming service Fox Nation is much larger, and it’s not free like the NBC version. Delivering the best of NBC News’ journalism? As NBC News and MSNBC are the most liberally biased and inaccurate news, the best of NBC News’ journalism is a very low bar to achieve.

Currently, NBC News Now is a free service, but unlike other streaming services, it relies on advertising.

Lies are a special bonus for NBC news channel viewers. Chuck Todd who constantly claims he is not biased, is recognized as a purveyor of falsehoods and misinformation. An overview of his false reports can be seen here at The Lid. at Newsbusters, and other sites.

As for NBC News Now—some things are not worth the price, even if it’s free.