Christian Student Suspended for Being Christian by Muslim Professor! 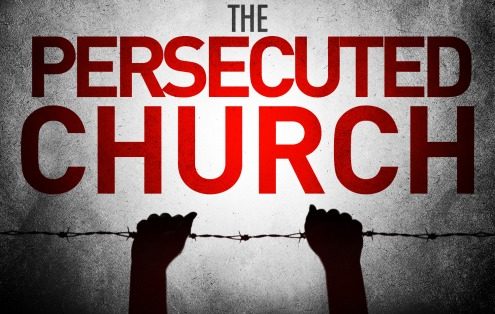 Christians are among the most, if not the most persecuted peoples on the planet. One might argue that no – it’s the Jews. It may be a one and one-A type of thing, but as there are many more Christians, I think the title of most persecuted should go to us.

We hear horror stories of Christians being exterminated in the Middle East – and Europe, as it transforms into Euro-Islam, is becoming increasing hostile to Christians.

Here in the land of the free and home of the brave, intolerance of Christians and Christian beliefs is a relatively new phenomenon. But as the American left becomes more radically secular, they have little patience or tolerance for Christian beliefs with all our “God” rules.

Another odd thing has happened over the last several years – one I wrote about in World Net Daily just a few weeks ago. The title of that piece was “The clueless left’s alignment with radical Islam.” You may review it here.

So when I read that a student at Rollins College in Orlando Florida was suspended due to a complaint by his Muslim professor, my radar naturally went up. Could this be another case of Christian persecution, or a Christian gone wild?

The Orlando Sentinel reported  that the student “who has accused his Muslim professor of religious discrimination has been clashing with his teacher since the semester started, court records show.”

“Areej Zufari, the professor teaching Middle Eastern Humanities (bit of an oxymoron), was so concerned about the behavior of Marshall Polston, 20, that she filed a ‘protection against stalking’ request against him on Friday in Orange Circuit Court. Rollins has temporarily suspended Polston from school,” wrote the Sentinel.

According to Polston, who is Christian, he confronted Zufari, saying she claimed that “the Crucifixion was a hoax and Jesus’ disciples didn’t believe he was God.” He also claimed that Zufari “failed to challenge a Muslim student who said homosexuals should be decapitated under Sharia law.”

The professor then gave Polston a grade of 52 on his first essay. To that, the young man wrote an angry email to her stating that was he unjustly treated because of his beliefs, and said her unorthodox lectures were unsettling. “Since you’ve decided to carry a blitzkrieg out against me, I may have to speak up in regards to your extreme bias and not necessarily to the class but to the dean. Quite frankly the grade you assigned to me exposes your true agenda which is to silence me in class. You’re one of the most incompetent professors I have ever seen in my life,” the email said.

Feeling threatened, the professor wrote to the ACLU of Florida. Yes – the ACLU.

Up until this point, I wasn’t sure who to believe, but corresponding with the ACLU is a red flag. Then I read her message asking them for their help – and it became much clearer who is likely telling the truth and just who is bigoted and spewing hatred.

Her message read: “I need help and advice, pretty please. I have ANOTHER student making my life hell this semester.”

There were several more lines of text, but does it really matter what else is said? By her own words, it’s obvious to me just who this professor likely is. It’s evident this poor little Muslim professor has a problem with at least one student virtually every semester?

It sounds to me like she believes she can say and do most anything in her class and the students are just supposed to shut up and take it. When they don’t, she goes running to authorities crying that she feels threatened. Yet the students aren’t allowed to “feel threatened.” They aren’t permitted to speak up, speak out, or otherwise complain.

I don’t know whether this Muslim professor is indeed a Christian-hating Islamist or a just a leftist Alinsky-type radical. Either way, she appears to be the common denominator involving her problems in the classroom.

Polston was, by the way, suspending, pending further investigation. Zufari is, of course, not being investigated.