We Cannot Sacrifice America for Iraq! 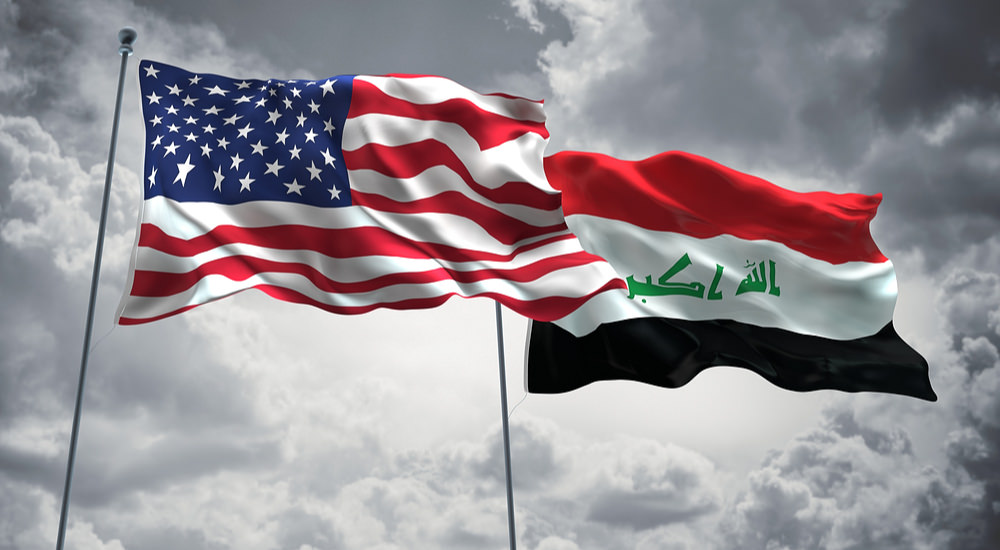 There is some justification to free a country from a totalitarian dictator which we have done in Iraq.  There is no justification for letting a band of unprincipled thugs attempt to establish their own political regime at our expense.  In the name of human liberty we should support those who recognize and promote individual rights, however,; without positive evidence that the country is ready and willing to establish a government that will protect individual rights, we enter a process where we replace one brand of individual rights violations with another.  It matters not whether that establishment is by democratic vote or coup.

Currently we are putting our soldiers in harm’s way, not for the defense of America’s interests, but for the whims of the Iraqi power brokers who want  us to keep them in power.  This is short sighted on the Iraqis part and on ours. Just like the politicians in America, the strategy is all about power.  Power for what purpose?  Power so that someone else does not have power.  For with power the whim becomes the law.  And since most politicians have no idea what to do with power they act to perpetuate it by promising and redistributing, hoping the constituency they are courting will prevail at election time and give them another period of reprieve from the power of their opposition.

When the President talks of giving the Iraqi people the opportunity to live in a free democratic nation he ignores the question, “At what cost and to whom?”.  The American soldiers living in substandard conditions, daily facing extermination are defending the welfare of the Iraqis ,not their own. The argument that if we don’t fight them there we will have to fight them at home is a false alternative.  We are not fighting them we are conducting a Mexican standoff.  If we were fighting them we would have a fully detailed plan for their defeat and we would not be holding back with the weapon capability we have the ability to deliver.

Fighting in the current mode is sacrificial.  It does not ensure victory and eventually ends up with another war to fight in another location when this one is relocated. A withdrawal leaves a small squad of American soldiers to face massive attacks, a minority of Iraqis to extermination and another American “skirmish” that riddles the history books with shame.  All this because our foreign policy has a deadly flaw.  That flaw is the same flaw that undermines our domestic policies, i.e. a reliance on the morality of altruism to formulate our objectives and interests.

You may wonder why there is always the call for sacrifice whenever an event becomes a crisis.  That is because the people addressing the crisis, usually a politician, are profound altruists and know that sacrifice is the central tenet of the altruistic creed.  How can you defend self interest, i.e. individual rights, with a call to sacrifice?  You cannot. Sacrifice denies self interest and who benefits?  The others you are sacrificing for , that’s who.  And why are they entitled to your sacrifice?  Why are they more worthy of your fighting ability, your earning power, your assets or anything that you have earned?  They aren’t but under altruism it is not the earned but the need that triumphs.  You are seeing this morality lived out daily domestically and in foreign affairs and you are hearing daily it is the right thing to do.  And who questions this policy of sacrifice?  Not those who know their parasitical livelihood requires such a code.  How could a politician justify his redistribution proposals unless there was a person making sacrifices?  Whether the issue is subsidies, unearned tax rebates, foreign aid or a limited war, sacrifice has to be a major ingredient and that sacrifice can only be supported by a morality that says sacrifice is a major virtue.

You hear the cry of the need for sacrifice from the pulpit and from the academic podium. Both institutions require sacrifice for justification of their propaganda and their existence in its present form.  A public institution thrives on the sacrifice of those who are forced to pay for its existence.  A pulpit relies on the  sacrifice of those willing to sacrifice under the veil of guilt.  A moral code that requires shame for acceptance tells you something of the nature of the code and its expectations.

America was not founded on a morality of sacrifice but a reasoned effort to delineate and protect individual rights. This is why our major documents address the rights of the individual and his right to life, liberty and the pursuit of happiness. They do not protect and speak of the sacrifice of the individual.  When the founding fathers offered their lives and their sacred honor for the birth of this nation it was not for a nation that would require citizens to sacrifice these rights.  It was only the conniving politicians that followed that saw an opening for utilizing sacrifice as a means to redistribute, that resurrected sacrifice in America.  They of course learned their lessons from the academic podium and the religious pulpit.

As all trends either reverse or build, the trend of sacrifice has found a new level in the war in Iraq.  We now are sacrificing the defense of America by letting our soldiers die with the justification that we must sacrifice for a better Iraq.  A better approach would be to build a better American and eliminate the notion of sacrifice from its past. present and future.  For to sacrifice America leaves Americans with nothing but shame and ultimate defeat. This is not nor will ever be the “American” way. This recognition and resolve will make America great again.