Breaking! Crisis in the U.S. Congress! 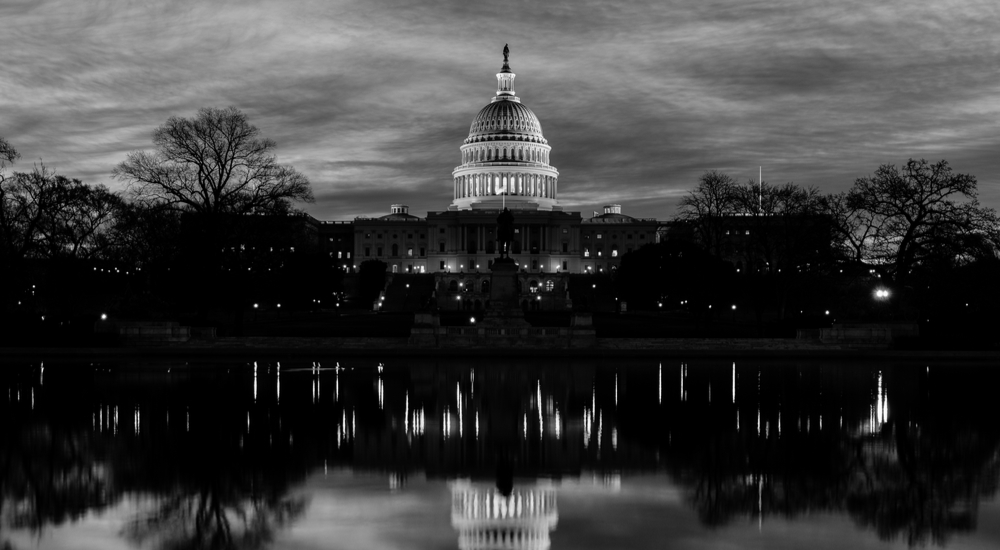 Breaking! Crisis in the U.S. Congress!

Well, it was quite a day on the hill, folks…Without any real or rational explanation, the U.S. House Democrats have literally gone delusional to the point of sputtering absolute nonsense and completely irrational behavior. Many, on the House floor were mumbling incoherently about Trump collusion with Russia, Kim Jong-un, Spock, and Elvis Presley. Some were saying Trump was speaking in tongues while walking around the White House with a flame resting on his shoulder. Others were saying he must be drunk on new-wine. Some were murmuring ‘Trump called Spock an alien,’ saying — “he should be deported.” Chuck Schumer suddenly yelled out, “I’m Captain Kirk! Don’t talk to me about rank…I order you to take command! Nancy Pelosi stood up and stammered, “I-I-g-got the gavel, I’m in command of God, the Pope, the Devil and this meeting, come to order, come to order!”

Concurrently, as Cory Booker and Tom Perez argued bitterly over who was a better Marxist, Ilhan Omar angrily spoke-up and said “I demand we take-out Benjamin Netanyahu and make Israel stop occupying Israel. Let the Palestinian’s occupy Israel and turn it into a third-world rat-infested ghetto.” Omar continued, saying, “No, I’m not anti-Semitic, I just want Netanyahu and all his Jews dead and gone, but that’s not anti-Semitic, it’s just what it is.” Pelosi chimed in, “yea, o.k., I see your point, let’s consider that.” Jewish members of congress who also hate Israeli Jews said they hoped a resolution could be reached whereby Israel could be punished for defending their right to exist. They all decided by unanimous “yeas” to agree that the Republicans must have made Muslims hate the Jews, therefore, Israel has no right to exist unless they put Palestinians in charge of Israel. Pelosi then struck the gavel down and said, “O.K., now we’re getting’ somewhere, this is how you get things done.”

Somehow Hillary Clinton got into the chamber and began spouting-off that she was the lesbian re-incarnation of Joan of Arc and demanded that she be in charge because it is owed to her. That upset the self-righteous newbie Alexandria Ocasio-Cortez who jumped onto a table shouting “I’m in charge here, wha-cha think about that! Huh, wha-cha think about that! Hillary glared at AOC, then charged towards her, tripped and fell flat on her face. Bill Clinton looked at her somewhat shocked, then began laughing hysterically! Bill then made his way towards Kamala Harris with what looked like a jar of buds. As he approached Kamala, Bill held-up the jar and said, “hey sweetie, I can help you become President…”

Meanwhile, Chuck Schumer (a.k.a., Captain Kirk) was trying to help Hillary get to her feet when Bernie walked by, stepped on her foot, and “accidently” knocked her back down. He “appeared” to not realize what he had done as he began waving and hollering at Ocasio-Cortez. Cortez didn’t even notice Mr. Sanders as she was frantically looking for a camera-crew to record her every move so she would be on-record looking like she was on-the-move and getting things done. In addition to AOC’s ‘666’ tatoo on her forehead, she also wears a button on her lapel that reads,” Climate-Change” is real, wha-cha think about that! And another button that says “I want Socialism now, wha-cha think about that!” Nancy Pelosi smiled proudly and said, “that girl has got a lotta spunk.” Bernie then piped-up, saying, “Hey, I said Socialism first; I did, I did! Hey everybody, remember when I said ‘Socialism?”

In the interval, someone had apparently left a door open as former President Obama discreetly made his way into the chamber, promptly finding a hot microphone. Obama strolled up to the mike and said “excuse me, I have something really, really important to share with everyone…I just want say, all my decisions as President were made using facts, reason, logic, and a very reliable Quija’ Board – but no prayer, guns, or chocolate-chip cookies were used in any decisions I made as President, thank you.” Suddenly, Hillary, who was being helped-up again by Schumer, called-out, “I can bake chocolate-chip cookies, I did it once before!” Chelsea Clinton spoke up and said “yes, yes, mom told me a story once that she baked me eleven cookies – oh, by the way, speaking of eleven — I just bought an eleven-million-dollar house from my salary at the family business, the Clinton Foundation. It’s a fabulous non-profit — raking-in – I mean, doing a lot of great work and helping a lot of disadvantaged people around the world. Hillary then spoke-up again saying, “hey, who the f- -k wants to buy a sh-tload of emails?” Occasio-Cortez pointed at Hillary and said, “Lock her up, put her in jail – I’m the boss around here, wha-cha think about that! Huh!

Corey Booker suddenly yelled out, “Hey, yo, who took my buds! I need those buds for my new legislation bill…its gonna be a blockbuster dynamite piece of legislation that will change the world forever…it’s revolutionary…never been done before…the people need this bill…fairness and equality demand this legislation. The people’s right to piece-of-mind is at stake here…freedom of worship is at stake here…the people can’t worship freely without my marijuana bill…I need those buds!”

Simultaneously, Bill and Kamala were huddled at the side of the room laughing and pointing towards Representative Booker.

Folks, the hill is on fire…it’s existential chaos…Pelosi is poised with the gavel, but she looks confused.

The reporter/author of this piece is fictional as is the entire piece. This is not meant to portray an actual event but is an attempt at political humor by Peter Coker who sometimes thinks he has funny thoughts.