Democrats Artfully Shift Blame for Anti-Semitism Away from Omar 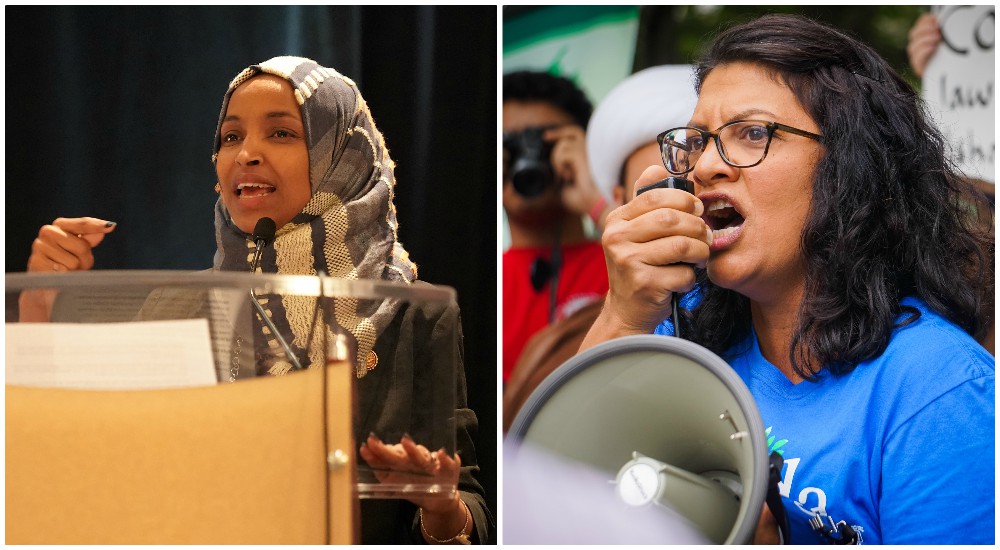 Many on the right enjoy witnessing democrat infighting – when liberals eat their own, so to speak. Lately, it’s been the radical left that has called on the Dems to shift further left or suffer the consequences.

However, when it comes to democrat politicians calling out one another, it rarely ever happens.

This time it looked like it might be different, as House Speaker Nancy Pelosi was said to be less happy with freshman Congressperson, Ilhan Omar. It looked like Omar was heading for a public dressing down by the Democrat leadership for her anti-Semitic rhetoric.

Now that appears not to be. Too bad. We on the right were looking forward to such an oddity in the democrat party.

But it’s as true today as it has ever been – no one circles the wagons like the Democrats. In other words, the Dems don’t throw their own overboard at the first sign of trouble, or frankly any sign of trouble.

This is the M.O. of the Republicans. At the first hint of something that might be construed as improper, the Republicans are quick to jettison one of their own. It’s guilty until proven innocent. And quite often, the GOP completely ignores that fact that any member in question may, in fact, be innocent. Republicans only care about optics. If there’s even a chance that a Republican may appear to have done something wrong, it’s enough to throw him or her under the bus.

The House of Representatives was due to vote on a resolution condemning anti-Semitism. This was obviously to be a direct rebuke of Omar.

NPR reported that, just a few days ago, “House Democrats are again considering a vote on a new resolution condemning anti-Semitism in response to recent comments by Rep. Ilhan Omar, D-Minn., that senior members of the party and Jewish groups say play on anti-Semitic tropes. A House Democratic leadership aide said the vote could come as early as Wednesday.”

But the vote was temporarily tabled so that other language could be added.

And just days later AP reports that the resolution will now condemn not only anti-Semitism but discrimination against Latinos, anti-Muslim discrimination and bigotry against minorities as hateful expressions of intolerance.

“The addition of Latinos came under a section that stated, ‘Whereas white supremacists in the United States have exploited and continue to exploit bigotry and weaponize hate for political gain, targeting traditionally persecuted peoples, including African Americans, Latinos, Native Americans, Asian Americans and Pacific Islanders and other people of color, Jews, Muslims, Hindus, Sikhs, the LGBTQ community, immigrants, and others with verbal attacks, incitement, and violence.’”

Well, isn’t this a nice trick. Just when we thought we had discovered a democrat “red line,” they water down their own resolution, so as to effectively let Omar of the hook.

By lumping all the protected and oppressed classes together into one amalgamation, they’ve artfully shifted blame away from the radical anti-Semite Omar, to where their base believes it should lie – at the feet of the white supremacists, aka, the Republicans.