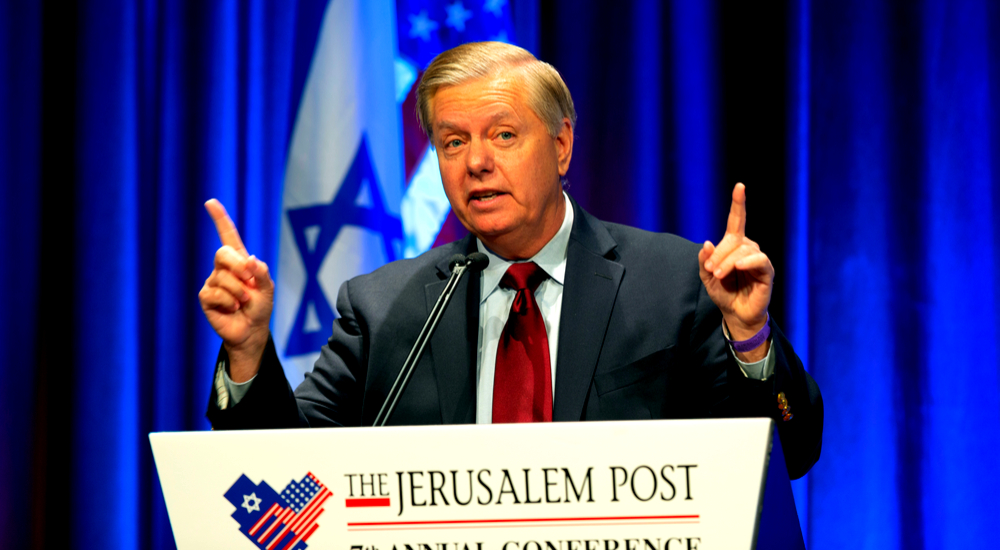 South Carolina Senator Lindsey Graham (R-SC) was once one of President Trump’s most virulent critics. He called then-candidate Trump a “kook,” and “crazy,” and more… but he has become one of the President’s most ardent supporters.

In a recent interview with Fox News’ Martha MacCallum, Senator Graham explains that he was wrong and that the President has done a wonderful job leading our nation.

From my point of view, he has exceeded every expectation I have and I unashamedly want him to be successful; when I disagree with him, I’ll tell him so. But nothing has happened to me. The only time you can be seen as a good Republican by a liberal side of the equation is when you attack a Republican. I had my shot at President Trump. The American people chose him, I want him to be successful. I’m all in, to the extent that I can help this president, I will.

Martha MacCallum: So, you know, you do disagree on things from time to time. He’s come out with a statement basically saying 100 percent agree we need to leave some forces in Syria. And I would imagine that you were persuasive on that.

Lindsey Graham: Well, I think he took sound military advice. He’s right to want to reduce our commitment, he’s right to have other people do more of the fighting and pay more of the bills. But by having a small footprint behind of Americans, we’ll get more Europeans, ISIS won’t come back. Turkey and the Kurds won’t go to war it each other and Iran and Russia won’t benefit from a hasty withdraw. I think this was a smart decision. And President Trump did something Obama would never do, listen to people and adjust his strategy. If Obama had listened to people in Iraq, there would be no ISIS.