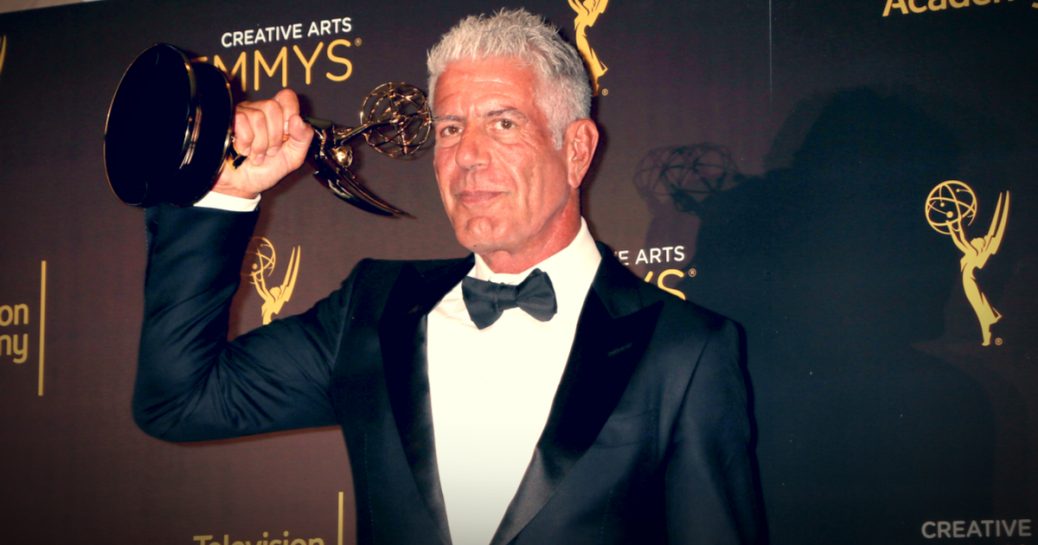 My fashionista wife Mary told me the famous purse designer Kate Spade shockingly committed suicide. Upon hearing about the tragic suicide of Anthony Bourdain, this scripture came to mind. “For what shall it profit a man, if he shall gain the whole world, and lose his own soul?” (Mark 8:36) Bourdain was famous, worth $16 million.

Folks we live is such an evil time that merely suggesting that people are better off with God in their lives is venomously attacked and branded fanatical religious hate speech. But I am going to go there anyway.

Mr Bourdain, and I suspect Ms Spade, were leftists. Typically, leftists think themselves too smart – too sophisticated to believe in God. Remember the closed-door fund-raising event at which Obama demeaned fly-over-country voters for clinging to their guns and religion? https://bit.ly/2sZ5nUS

In 1798, founding father John Adams said, “Our Constitution was made only for a moral and religious people.” Today, Christian politicians are branded “dangerous” by leftist dominated mainstream media.

The Democrat party hijacked by leftists removed God from their platform. When Democrats voted God back into their platform the convention floor erupted with angry boos. Can you imagine a political party so wicked that they boo God? https://fxn.ws/2sUeu9j

Leftists laugh at Christians. Leftists erroneously believe man is the ultimate power, capable of regulating equal outcomes. They foolishly believe man can save or destroy the planet. Michael Crichton brilliantly articulates leftists’ folly in his novel Jurassic Park. https://bit.ly/2JIY11Z Believing themselves to be wiser than God, leftists always fight to change God’s original intent regarding biology, marriage and gender.

This scripture nails the leftist mindset. “Professing themselves to be wise, they became fools.” (Romans 1:22) Folks, we witness their foolishness everyday. They say if a man awakes feeling like a woman that day, he should be legally permitted to use public women restrooms. They say teachers addressing students as boys and girls is hateful and exclusive and must not be tolerated. They say 4 year olds must be introduced to homosexuality and taught “gay love is beautiful”. https://bit.ly/2l0O2av

Obama was leftists’ dream president. He aggressively stripped the God of Christianity from our government. Obama chastised Christians at the National Prayer Breakfast. https://bit.ly/2iks18k He relentlessly tried to bully the one hundred year old order of nuns, Little Sisters of the Poor into funding abortion services, an anathema against their religious convictions. https://bit.ly/2xYBRUF Obama enthusiastically honored homosexuals, Black Lives Matter and Muslims with celebrations at the White House while turning away the National Day of Prayer. https://bit.ly/2Jvk1di Obama was the most biblically-hostile president in US history. https://bit.ly/2plTsy0

Disney’s movie, “A Wrinkle in Time” starring Oprah Winfrey struggled at the box office. Perhaps the reason is leftist producers stripped Bible quotes, a reference to Jesus and historical Christian figures from the movie adaptation of the beloved children’s book. https://bit.ly/2Gt6p1q

While threatening to jail anyone disrespectful of Islam https://bit.ly/1PFNjq4, leftists boldly display disdain for Christianity. They hate Jesus for saying, “I am the way and the truth and the life. No one comes to the Father except through me.” (John14:6)

How dare Jesus declare himself the only way to heaven. Liberal media goddess Oprah has decreed that Jesus is not the only way to God. https://bit.ly/2MelshX Oprah foolishly professes herself to be wise, too enlightened to believe Jesus Christ is the only path to God.

The gangster movie, “Scarface” has a strong biblical message. Drug lord Tony Montana had everything he thought would bring him happiness; power, a mountain of cocaine, extreme wealth and beautiful women at his command. And yet, Tony was miserable. All Tony’s stuff could not fill that spiritual void inside which produces peace, happiness and a fulfilled life.

Sadly, Mr Bourdain’s and Ms Spade’s extreme wealth, power and fame failed to produce inner peace and happiness. Both are unfortunate casualties of leftist mindsets; too smart and too sophisticated to humbly trust in the God of Christianity.