Immigration Reform a Political Winner in 2018? 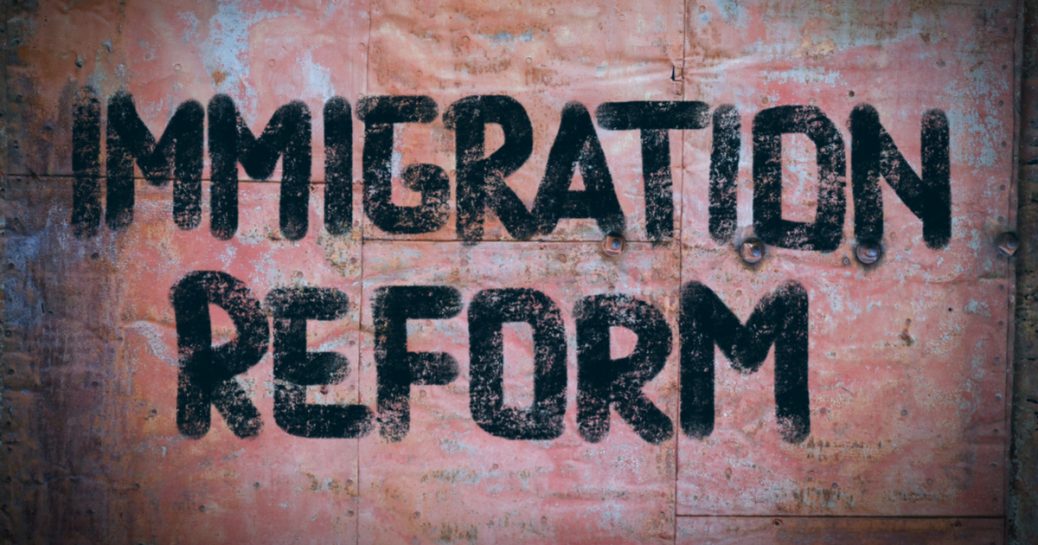 In 2006, liberal columnist Paul Krugman wrote that, “Immigration reduces the wages of domestic workers who compete with immigrants” and that “the fiscal burden of low-wage immigrants is also pretty clear.” His conclusion: “We’ll need to reduce the inflow of low-skill immigrants.”

Concerns about illegal aliens have taken a dramatic turn downward among Democrats, but it still remains an issue that could help elect office seekers who frame the issue to match voter angst.

In the lead-up to the 2010 midterms, 46 percent of Democrats were for “building a wall or security fence along the U.S.-Mexico border to stop illegal immigration,” according to a Fox News poll.

More recently, however, Democratic support for a border wall has plummeted. In a 2015 Pew Research Center poll, support dropped to just 29 percent for “building a wall along the entire border with Mexico”. And by February of 2017, just eight percent of Democrats were for it in Pew’s survey, while 89 percent were opposed.

Democrats’ dissatisfaction with the level of immigration dropped in President Obama’s final days in office in 2017, but rose sharply this year, as President Trump made the issue a hot button again, climbing 16 percentage points to 50 percent in a January 2018 Gallup poll.

A recent Gallup poll reports that nearly 80 percent of Republicans remain “somewhat dissatisfied” or “very dissatisfied” with current U.S. immigration levels, and a significant one in four Democrats agree. The immigration issue, concerns over legal and illegal aliens, is still fertile ground for aspiring GOP candidates who need crossover Democrats to win.

In the midterm elections, large numbers of Republican candidates are running against the specter of sanctuary cities, where local authorities limit cooperation with federal immigration officials, and casting such policies as enabling immigrants in the U.S. illegally to commit crimes and grab jobs. Many voters view Democrats “as the party of protecting illegals over citizens,” said Corry Bliss, executive director of the Congressional Leadership Fund, a political action committee. “This issue works across the country.”

A Bloomberg News story reports that, “It’s possible that the majority of Americans has grown so comfortable with immigration that the Democrats represent a stable consensus. But high levels of immigration, such as the U.S. has experienced over recent decades, have historically produced unsettling effects. Moreover, it’s hard to square the election results of 2016, in which 63 million Americans voted for a candidate with a crudely anti-immigrant message, with an expansive national embrace of immigration.

National Democrats may be on the wrong side of public opinion on the immigration issue. According to the former editor of the New Republic, Andrew Sullivan, writing in New York magazine:

Democrats are no longer as willing to attack ‘illegal immigration’ as a fundamental problem anymore. This is, to be blunt, political suicide. The Democrats increasingly seem to suggest that any kind of distinction between citizens and noncitizens is somehow racist. You could see this at the [2016 nominating] convention, when an entire evening was dedicated to Latinos, illegal and legal, as if the rule of law were largely irrelevant. Hence the euphemism ‘undocumented’ rather than ‘illegal.’ So, the stage was built, lit, and set for Trump.

Although many national polls show majorities in support of granting legal status or citizenship to undocumented immigrants, immigration is a voting issue for a dedicated minority of the electorate. And among those who say immigration is their top issue, opponents outnumber supporters by nearly two to one. In this respect, immigration is similar to gun control — both mobilize opponents more than they mobilize supporters.

A few Democratic strategists understand the subtlety of how the immigration issue cuts at the polls. Simon Rosenberg, president of the center-left think tank New Democratic Network, argues that, “Democrats will have a hard time winning this debate unless we acknowledge people’s legitimate concerns about having a functioning border and keeping people safe.”

Some Democrat politicos see that immigration is a chink in their political armor. An October, 2016 Pew Research poll showed that, “African-Americans support for immigration is about 15 points below Democrats overall.” And according to a 2017 Gallup poll, over the past six years, an average of 67 percent of Hispanics have said they worry a great deal or fair amount about illegal immigration. That is higher than worry among non-Hispanic Whites (59 percent) and Blacks (57 percent).

Data from the recently released American National Election Study (ANES) confirmed that immigration was central to the 2016 election, and hostility toward immigrants animated Trump voters. Comparing the results of the 2012 and 2016, ANES surveys shows that Trump increased his vote over then-Republican presidential nominee Mitt Romney’s on a number of immigration-related issues. And Trump’s support wasn’t limited to just those who oppose immigrants residing in the country illegally — he also picked up votes among those who want to limit all immigration to the United States.

Still, commentaries and news stories of how the immigration issue could spell disaster for anti-immigration candidates are plentiful. The Chicago Tribune ran a piece entitled “How the 2018 election could end the nightmare of Trump” (“His misogynist and xenophobic rhetoric, his mean-spirited vendetta against hardworking immigrants … have ignited a backlash that could deliver in 2018 House and Senate majorities to Democrats.); the New York Times tried to beat that prediction with its commentary, “Democrats can win on immigration,” in which it asserted, “It’s morally just to stand up against hatred and bigotry. It’s also good politics.” The left-wing Nation magazine confidently anticipates, “Latinos are the key to taking back the Senate in 2018,” because, “the rapidly expanding ranks of Latinos have the potential to decimate the political power of White supremacists and their enablers in Congress and the White House.”

All this is reminiscent of 2016 media headlines; “Donald Trump’s chances of winning are approaching zero” (Washington Post); “Donald Trump has already lost the election” (Time); and “Why Donald Trump will lose To Hillary Clinton” (The American Conservative). In the end, Chinese philosopher Lao Tzu observation really applies to most political premonitions from the media: “Those who have knowledge, don’t predict. Those who predict don’t have knowledge.”