Anatomy of Evil – the Demonization of Brett Kavanaugh 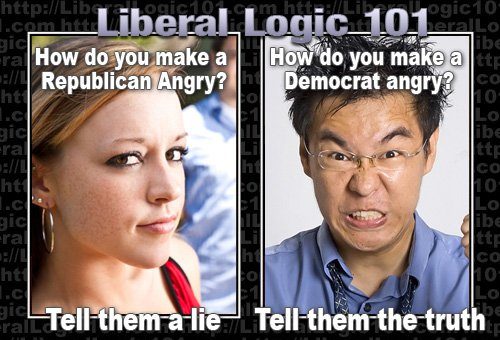 Leftists accuse, no, they convict Trump’s Supreme Court nominee, Brett Kavanaugh, of sexual assault based on the erroneous allegations of a deranged woman claiming something happened to her thirty-five years ago somewhere that may have involved him.  All leftists in government and media declared that these claims are “credible,” not on the basis of any facts or evidence, but on the basis that the accusations were made.  They say it is up to Kavanaugh’s attorney to prove them wrong.  By their own measure of proof, all he has to do is say, “it’s all a lie,” and demand that they prove him wrong.  This is worse than stupid, worse than deceitful, worse than insane.  This is evil on parade.

Democrats have made the Kavanaugh hearing a circus of monkeys and clowns from the start.  Now it has descended into the hell of satanic ritualists spewing evil from their mouths slandering a veritable boy scout as being a rabid rapist.  They do this on the basis of a Trump hater’s claims that she doesn’t remember and about which she refuses to testify.  They say that the FBI must investigate before Kavanaugh’s appointment can be voted upon.  The FBI announced they have nothing to investigate without a date, a place, or an event, not to mention that they don’t investigate charges of sexual abuse.

The intent of Democrats is that Trump’s nominee not sit on the court when it convenes on the first Monday this October.  They will delay, obfuscate, and corrupt the nation to achieve their goals.  The purpose of this is to keep the court deadlocked at 4:4 over important issues that need to be resolved.  These are issues about which Democrats know they are in the wrong but want them to be left hanging, so they can continue to corrupt the law.  This is the foundation of leftism – hatred of all things righteous and using deception to dupe the ignorant.

Having been the victim multiple times of the petty, spiteful, vindictive lies of hateful women, I have no sympathy and no trust for a woman who makes an accusation without evidence beyond her word.  Only a g**damned lying leftist scum would give such empty lies credibility against the cold hard truth.  Their declaration that this woman is eminently credible is their declaration that they are pathological liars who are never to be trusted.  There is not a liberal or Democrat living or dead whose word I would take without extreme verification.  Even then, their conclusions would have to be examined under a microscope to determine the extent to which they have warped and twisted the truth through their corrupt, dysfunctional thinking.

As evidence of the depths of depravity of liberal Democrats, CIA’s disgraced former director, John Brennan, is urging intel officers to obstruct President Trump from revealing the fraudulent FISA warrant documents that would expose his and Obama’s crimes.  Democrats believe they have a right to conceal their crimes in order to retain their power and “credibility.”  So long as President Trump forces the issue the Deep State will continue to threaten to overthrow, if not assassinate him.  America is on the brink of a second civil war because of Democrat corruption and undermining Republicans who would make America great again.  This is not civil debate, this is sedition that has already led to open treason, and is just one step away from rebellion through a coup or violent overthrow of Trump.

Brennan says the deep state must obstruct Trump – assassination is next

The mass mainstream media declaring in unison to delude their lemmings that Kavanaugh’s accuser is “credible” (did you get that through your dense skulls or do you need them to say it to you a few more times so it washes over your limited brains?), is so obvious that they’re leading their witless viewers around by the nose that they should just use leashes with shock collars instead of dog whistles.  The propagandizing leftwing media, along with the slandering leftist masters, is just the most sickening display of the immoral corruption of the government that it should not be tolerated in a free nation.

Democrats try to slander Trump as “an angry old white man.”  But the truth is that all conservative Christian Republicans have every right to be angry with leftist liberal Democrats for one simple reason: They believe they can force us to accept their lies as truth.  The only natural and godly response to that is the righteous wrath of the virtuous.  If you cannot tell that what Democrats are doing is evil and that Republicans like Kavanaugh are the people of virtue, then you should go to the nearest church and ask for the moral compass repairman.

But Democrats have passed laws that make proving media libel and slander almost impossible.  They did this deliberately to protect themselves from being held accountable for the multitude of lied they knew they would be telling.  Every Democrat in that hearing, every media putz who declares lies to be true and Kavanaugh to be guilty, and every Republican who voices their opinion allying with Democrats deserves to be shot with a paint gun that writes the word “STOOPID” on their foreheads!  (Is there a color for a stupid liar?  Maybe pink?)  It seems that the 9th Commandment that you will not tell lies about others is completely lost on liberal Democrats.

President Trump and all American patriots are being beset by leftist attacks to overthrow America and cast down the Constitution.  From opening the border to opening the election booths to foreign invaders, from obstructing investigations into the truth behind their lies to obstructing policy, and from covertly undermining the president to committing treason, from rioting against free speech to attempting a coup, Democrats prove they are faithless, fraudulent, and dangerous to American liberty.

If it is a choice between an open civil war in which tens of thousands of Americans would be killed in a lawless land, or President Trump taking the Deep State by the throat and charging numerous Democrats and their RINO allies with high crimes, I know which I would choose.  The left can cry tyranny till they’re blue in the face.  They are already doing it, yet no Democrat has been charged, let alone stood at the gallows.  Who would care when Democrats push America into civil war?  Hillary and Obama & Company roam free and continue to poison the nation.  No doubt they all wish their dreams of assassinating Trump would come true.

The reason why bearing false witness is a Commandment