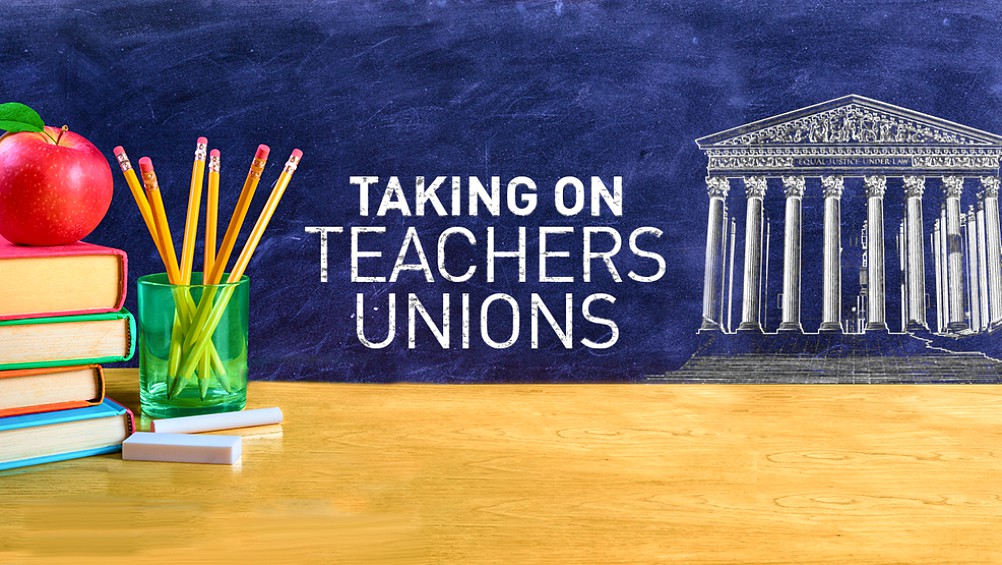 Across the nation, teachers are forced to join unions, if they want any hope of working.

Even worse, these same teachers are then FORCED to fund the activist left-wing agenda that those unions support.

Many of America’s Blue States do not allow teachers the choice of opting out of the union or of the union’s heavy-handed dues. This means that many conservative (or non-political) teachers are forced to spend their hard-earned dollars funding people, organizations, and causes that they do not support.

Earlier this week, veteran journalist Sharyl Attkisson uncovered this injustice by telling the story of one embattled teacher:

Sharyl Attkisson: Why did you object being forced to pay into the teacher union?

Rebecca Friedrichs: The Teacher’s Union took my money from day one and spent it on far left political causes that were not only against my own values, but we’re bringing harm to the children that I’m hired to serve and protect…

Sharyl Attkisson: When you say teachers are bullied by the Union, you mean by union leaders?

Friedrichs: In 2009, I was a leader in my local union and went to a California Teacher’s Association leadership conference. One teacher, brave teacher, had the courage to stand up and ask a question. She stated that she was there for the teachers in her district and that they were all disturbed, that their money was being used to fund politics against their will and behind their backs. And they wanted to know what they could do to have a voice in the way our money is spent. The union leadership on the stage stood together sort of in a, in a gang like mentality. And they shut her down. They basically told her that she was a bigot if she didn’t believe their way. They told us that the union way is the only right way to think and that if we didn’t believe in or support their politics, there was something wrong with us. All 300 teachers set their dead silent. We were like little children bullied on the playground.

Sharyl Attkisson: Is this, for those who aren’t familiar with the fight at its heart, a battle of conservative teachers are more conservative leaning people fighting the more liberal-minded teachers or the unions?

Friedrichs: I don’t think this is a battle of conservative against liberal. No, because I know many liberal teachers who are upset with the teacher’s unions. The teachers’ unions have actually taken over the teaching profession. I call it real teachers versus teachers union activists. They are planting activist teachers in schools all across the country and those teachers are very far left. Many of them radical and they are mean and they bully teachers.

Sharyl Attkisson: What would you say is the heart of your lawsuit?

Friedrichs: Our basic argument was this: teachers should be able to decide for ourselves without fear or coercion whether or not to fund a union. We just wanted choice.