America tells Democrats to stick to it up their A$$! 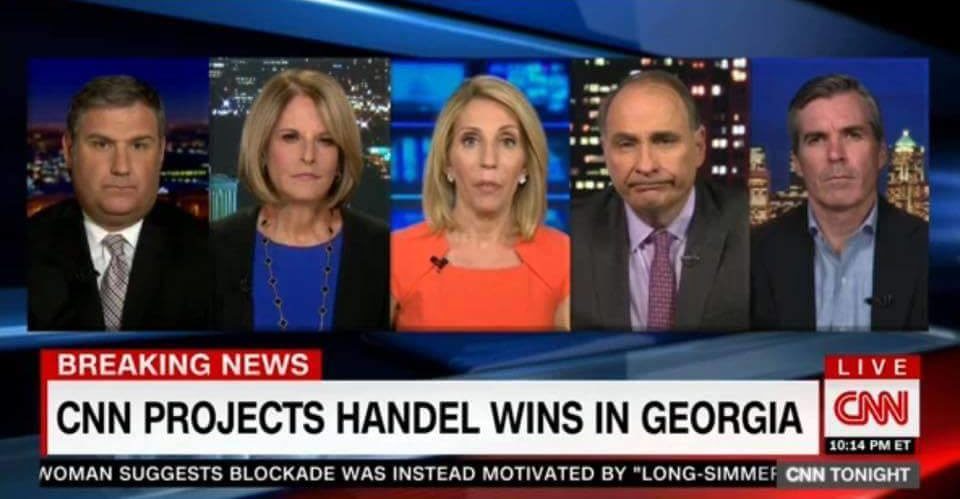 Add to all the hundreds of millions Hillary flushed down the toilet trying to buy the presidency another few tens of millions from liberal America haters trying to buy a congressional seat in a Republican district in Georgia.  Seeing leftists pout makes it all the sweeter.

It is to laugh!  Their “win for the ages” just became their swirly moment.  Liberals are so desperate for any sign that the Trump Train is slowing that they’re throwing themselves across the tracks.  The millions spent on their efforts to steal back power is becoming an exercise in liberal spending, except that at some point the well is going to run dry because they cannot print it, borrow it, or force conservatives to pay it.  Their efforts to make any of these elections a referendum against the Trump agenda is in vain as the sh*t hitting the fan blows in their faces and they’re caught with their mouths open!  In his concession speech, Ossoff asserted that Democrats put together a unity coalition, dismissing the fact that America is united against Democrats and only their illegals and America haters are now their base.  They not only lost here, but in every race to date since Trump’s election.  They stupidly scowl at Russia knowing that is only their fantasy pretext for their defeats.

A Win for the Ages as the Trump Train rolls over another Democrat!

But never doubt a liberal’s capacity for distorting the truth.  This congressional race was the most expensive in history with the Democrat outspending the Republican by a phenomenal amount.  Don’t think that they won’t use that to create a meme that a rich Republican won the most expensive congressional race in history.  The Left’s class warfare knows no honesty because they are engaged in war against America.  They want this great nation to fall to communism and are willing to resort to any subterfuge to accomplish that feat.  Doubtless America will someday fall to leftist treachery and liberal stupidity, but that won’t be today or anytime under Trump’s watch!  These errant RINOs need to get on board or get off the tracks because the Trump Train is roaring through!  The Donald will make Ronaldus Magnus proud!