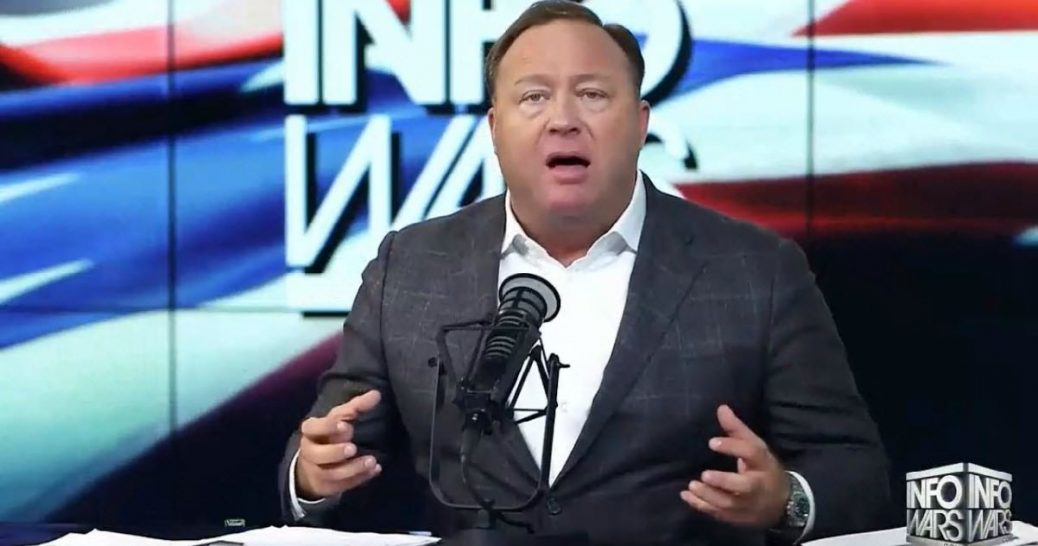 “We Have Met The Enemy And It Is Us!” Draining the Swamp at Infowars!

Infowars was so very, very close to winning the Narrative in American media. So very, very close. Where did it go wrong?  It deteriorated to the point of yesterday’s revealing video, “Infowars Employees Expose Alex Jones.”  Click here to experience.  Needless to say, it does not include all Infowars employees who have grounds for exposing Alex Jones, mindful of their signed Infowars’ non-disclosure agreements.  (Akin to government-employed travel agents, who cannot disclose where politicians travel.)

And now it will be a sheer miracle, if Infowars is to recover its once God-given narrative. Today, the image of Infowars in the eyes of millions of potential viewers, is one of a transit location, a halfway house, a bus station, for some of the best young journalists America was to offer.

This is just the opposite of what holding the revered title of Narrative in American media should be. Jones will try and talk his way around this. But the historically-proven fact is that Huntley & Brinkley, the subsequent icons hosting 60 Minutes, even Tom Brokaw, were the Narrative (though betraying us very professionally) because they were around for years and years and years.

* The affinities with RT (Russia Today). No solid American Patriot wanted RT to have a major influence in Infowars. It was painfully a violation of American Sovereignty in media. The brilliant Margaret Howell was at RT before Infowars. Paul Joseph Watson and other major Infowars writers still write for RT. David Knight’s affectionate little references to RT betray him. The video of the Russian dancer with Alex Jones was telling and extremely symbolic. We don’t need the Russian Alexander Dugan to take the “moral high ground” in media for validating the Trump presidency.  (Though this may be well meaning – and though it may not – at the very least this is an unwitting social engineering and mind control of Infowars viewers.)  Next time Jones is tempted to present a Russian “moral high ground,” he should rather think American personages like Pat Buchanan.

* The coyness with which Jones talks his way around world-govt. supporting Masonry. Trump appointed a number of Masons in high-level positions (probably in hopes of converting them to Americanism). But should anything happen to President Trump, these would all be pre-positioned for a rapid Masonic world-govt. advance. Jones needed to openly confront Trump on this, which, in the final analysis, Jones was too cowardly to do (fearful of agitating key Masons and Koch thereby running the risk of losing his power.) Nevertheless, Trump best respects those who aren’t “yes” men!

* The almost clandestine support of Israel grew distrust among viewers. His affinities with the Zionist agency in Austin were known for years. Jones was never open about this. Not that there is anything wrong with supporting nationalistic Israel. But it’s the haziness, the fuzziness, the fog, of perhaps working continuously with the internationalist Protocols agenda – political internationalist Protocols Zionism, rather than a healthy aliyah-mentality “return to the land” nationalist Israel – which ceaselessly chipped away at the potential Infowars Narrative status.

*  Contradictions to Paul Joseph Watson, especially regarding Incremental Political Islam.  Watson rightfully and boldly proclaimed, “There is no Koran I and Koran II!” while Alex was pushing the unwelcome delusion of “secular” Muslims, “progressive” Muslims, etc.  Alex, regardless of what kind of Muslims they are, Sharia Law kicks in once they hit the 51% Islamic demographic!

Hiring mostly young journalists did not produce the effect on America’s youth Jones would have liked to see: When asked of their opinion of Alex Jones, too many conservative American youth said Jones “is a nutjob.” These were not leftists. Jones, obsessed with agitation and power, talking the Christian talk but not walking the Christian walk – in example and attitudes with daily profanity, unrestrained displays of anger, lewd Google-platform ads – always gave secularism the final say and upper hand. It’s nice and comforting to have nightly talks about God – while aware of YouTube monetization – but when not walking the walk in the above, giving secularism the upper hand to restore America is like trying to nail Jello to the Wall.

* So, Alex, the Power God gave you in trust has been repeatedly abused. There was no finer honest person, in the eyes of Infowars viewers, than Anthony Gucciardi, and even he you abused in your love for narcisstic power. Drain the Swamp at Infowars, my friend, or you are done. Start with humbling yourself, apologizing, to all those who served you and us well! Rehire them all, go the extra mile in working out your issues, divorce yourself from the Russian RT and “moral high ground,” expose Masonry at every turn, forget Koch, prop up David Knight in a strong leadership image and hire an equal amount of journalists his age (Don’t worry about your Power. God will help you protect it! After all, He’s given it to you! But stop abusing it!) Get all your Best Stars on again to say, “I’m Back!”

God humbles the prideful but lifts up the humble. I, for one, still believe in you! Though you’ve been unwittingly destroying yourself in American media and only minimally living the Christian lifestyle. Show America the way to true repentance! Start with a radically new and improved Infowars and include a chapel for spiritual strength, for your journalists and, especially, yourself. Put in there a prominent painting of George Washington kneeling at Valley Forge!