A President and a Nation in Harms Way 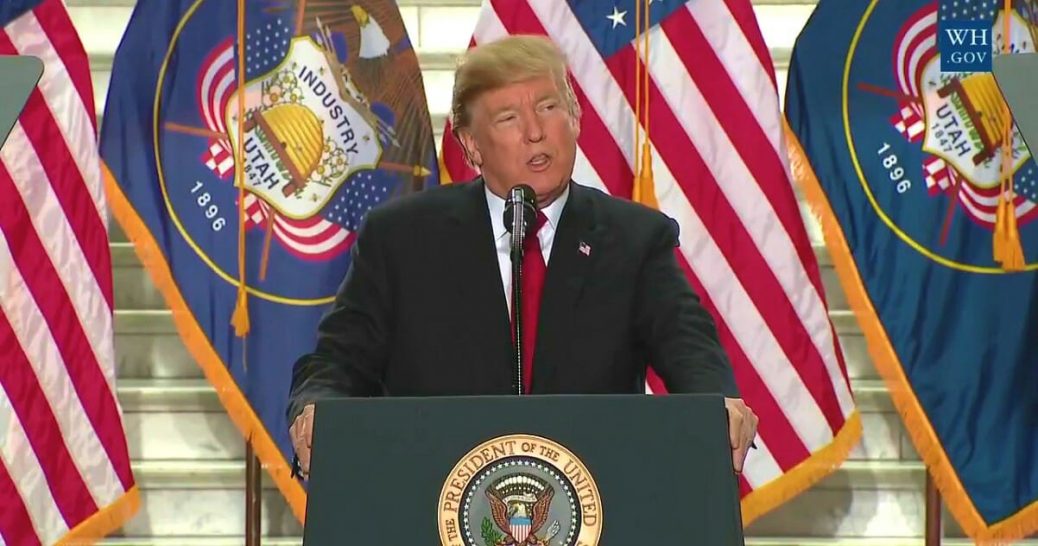 The results of the midterm elections have caused much speculation about the 2020 presidential race. Some in the journalism community feel either the president will decide not to run or will lose because his base is shrinking, he trusts no one, changing demographics, and the urban women’s vote that favored the Democrats on November 06. In reading the opinions and critiques of Mr. Trump since the midterms, I have discovered that there is one significant factor that the ‘experts’ fail to take into consideration, the Democrats and their majority in the House of Representatives in the 116th Congress.

Let us imagine which shouldn’t be too hard, that the next two years will find the party of Franklin Delano Roosevelt in a raucous state of agitation, but also tempered with great euphoria. They have already hinted at the measures they will pursue in an effort to implement their partisan agenda, which includes nothing of substance, and only identity politics, which can only lead to political gridlock.

The democrat’s greatest desire is getting even with a president they despise, undermining every decision Mr. Trump makes and voting down any legislation he puts forward. They will initiate every measure, including subpoenas, conducting one senseless investigation after another, as the American people and the nation remains divided and in a state of anger and civil strife. And to add to all this havoc is a number of newly elected socialist democrats with their own designs to change this nation.

While all the political high-jinks fills the airwaves and the mainstream media and pages of the tabloids report the battle that wages between the president, his administration, and the Democrats, hopefully, the economy will remain solvent and continue to grow. You might ask, but if the Democrats, as you say, pursue this wasteful and dangerous agenda, don’t they realize it will probably hurt the country. Yes, but as Edmund Burke once wrote: “Men (and women) of intemperate minds cannot be free, their passions forge their fetters”.

So as the world turns and her enemies watch, unless Democrats come to their senses for the good of the nation, America will go through a period of uncertainty and what may very well be a political stalemate. Nothing will get accomplished, no new legislation, while a hostile mob which best describes them, gets its revenge. When all that pent-up anger and frustration burst forth in an explosion of hostility and intolerance, the American people will have to suffer the consequences.

As one columnist remarked “The 2020 elections are light years away by political standards. Anything can happen, but little of that is likely to favor the President. The next few months will be bloody and exhausting for all of us, but for the President, they might be too much to take”. And that’s where most in the media have not neglected to consider the significant factor I mentioned earlier.

I believe the Democrats will take their divisive agenda toward the President to the far extremes. They will make of themselves in the eyes of the American people, and hopefully, those who voted them back into power, as nothing more than a bunch of angry, hostile and reckless demagogues, incapable of governing and without so much as an iota of concern and empathy for the people and the nation. They seek revenge, and above all else to embarrass Mr. Trump and his family in the eyes of the nation and world, and beyond that impeachment. And this begs the question; will republicans support and defend their president?

So get ready, but don’t be disheartened, change is inevitable, and hopefully, the people will see the light and the mistake they made, and make a correction next time.