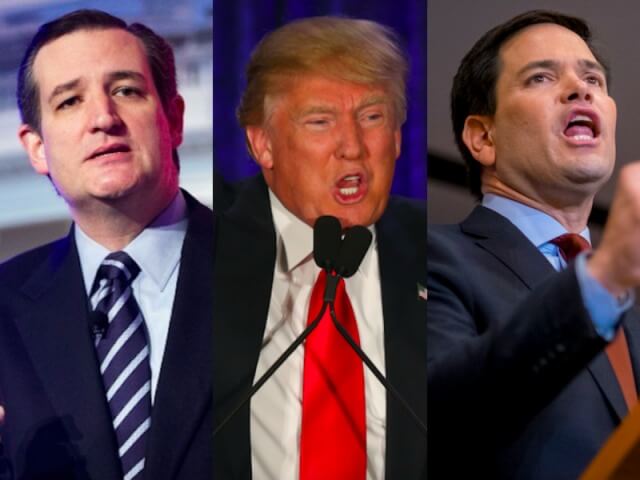 In a debate where immigration and foreign policy were the topics of interest, we just couldn’t get enough Trump. Absurdity. Idiocy. Cowbells. Now picture Christopher Walken with rose-tinted spectacles and a vintage dark brown leather jacket. We need more Trump.

Stats show that Trump was more active than the other candidates combined as he fielded questions and criticisms all evening. With the events scripted to be more for entertainment than for substance, we already knew we were in for a heavy dose of Trump, the candidate that the media loves to dwell on. Hell, I love to dwell on him. But less for his brilliant electability and more for his subtle level of intelligence… Anyhow, his role in the debate grew as Cruz and Rubio hounded him, each trying to force Trump into revealing hints of his next idiotic plan for world domination. Of course, Trump obliged with talking points that would make your grandmother quiver with panic, including his denial that he stated at a previous debate that he believes all US citizens should have government (aka taxpayer) funded healthcare. Which he did say. I heard it. It’s okay if he lies to us though, he’s the Donald! He’s just pandering for votes; can you blame him? We didn’t really believe he would traverse the campaign trail without a few minor inconsistencies, right? … Right?

A hint for Rubio and Cruz next debate; people already know the man is an idiot. Rather than spend your visibility on the national stage trying to make people aware of that fact, consider spending your time convincing us why you are a better candidate. Just maybe you’ll convince us to vote for you over the fellow going on about building the next ‘Great wall of China’, and dating his own daughter if she weren’t his daughter, or any of the other preposterous things he’s thinking of doing.