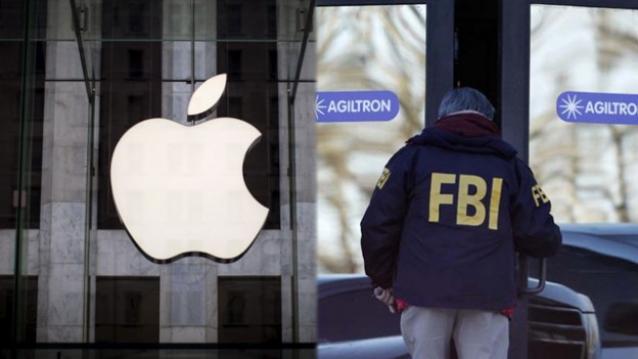 With potentially far-reaching implications for the future of our nation’s privacy and validity on both sides of the argument, I ponder, how should we as concerned citizens be digesting the news that the feds are trying to force Apple to unlock and turnover the data from the iPhone belonging to Syed Rizwan Farook, a US citizen and one of the shooters in the Dec. 2, San Bernardino terrorist attack that killed 14 and injured numerous others?

As an American and sympathetic to the tragedy, I submit that the threat of violence from a local fanatical member of any religious group certainly gives cause for concern and preparation. Yet pondering it as I have, I consider this battle to unlock Farook’s phone one to view from an altogether different perspective. A different argument. A different topic. You’ll have to forgive me, as I ﬁnd it hard to not blame government overreach for most of the concerns facing us as Americans today. I would ask, is it not as dangerous, the threat of what a rogue government whose morals have been eroded by ambitious politicians and self interests is capable of, considering the immense power that we the people have allotted them? We see scandals in the news every day detailing the corruption and moral ineptitude of our elected ofﬁcials, and yet we continue to elect them and cede our liberties to them because God forbid someone from the other side win. Rather than elect the best man for the job, we consume ourselves with nightmares of the purgatory that the other side will bring. So we eat up the excrement that our parties’ candidates are serving in election year and jump at the chance to elect clowns to rule us, and in the process, feeding the system the power that it demands. As if the saying isn’t clear enough, the lesser of two evils, is still evil. Meanwhile, this revolving door that we ﬁnd ourselves in, continues to swing around and hit us in the proverbial ass, and still… We persist.

Generally speaking, the state of affairs today is a direct result of our failure as a nation to unite and decide that we will not allow clowns to lead us and dictate our country’s sense of morality, we will not give them permission to steal our liberties, and we will not surrender the ﬁght that our forefathers felt, if necessary, to die for. It is our failure to do so. Tyranny, people, can be subtle; and I believe that stupidity and indifference enable it. Our nation’s founders earned America with blood. They did not lay down to the demands of government overreach, they did not stand idly by whilst clowns made decisions on their behalf and told them it was in their best interests, and they most certainly did not limit themselves to less than decent men to represent them. They knew what their best interests were, and damned if they would let some power-hungry fool of a politician misrepresent them.

Now, considering this case and its’ implications, I consider our country’s current situation (again, very generally speaking) a result of our own behavior in contributing to an ignoble two party political system that continually produces unﬁt (in many ways) candidates to lead and represent the nation. You see, this is not just about the terrorist man’s cell phone. It’s not just about our stupidity for giving idiot politicians important decision making responsibilities, and allowing politics to interfere with our running of this country. It’s so much more. In a way it represents every bit of liberty that we have given up in exchange for some misplaced sense of security to these politicians we’ve elected who say they will protect us by robbing just a little bit of our Constitutional integrity. For our own good… Hell, we put them there, surely they know what’s best for us… This is precedent. Today, it’s Farook’s phone, tomorrow it’s Joe Schmo (who wouldn’t hurt a ﬂy for the purpose of this example) who works at the local factory being detained due to ‘reasonable suspicion’ in the eyes of a belligerent and power-drunk government run by career politicians with certain self interests. Where does it end?

It ends with us. It ends with the Constitution. It ends with ‘we the people’ singing the ‘star spangled banner’ as we march against our own stupidity, government overreach and some of the other asinine stuff that governs our daily lives.

Would I like to know who Farook was talking to? If just maybe, it’s possible to prevent another terrorist attack by searching his records? Yes, yes I believe I would.

Am I willing to spit on our forefathers and everything that they fought and died defending to do so? No, absolutely, no.

To fear one man’s violent rampage against us is natural. But united as a nation, we can stop that one man. America will stop those men. When led by immoral men, it is a much more daunting prospect to begin to mount a defense. Where than do we begin? Right here. With Farook’s phone. Yes, he was a terrorist. Yes, he took American life. Yes, he was a bad guy. But this isn’t about him. He’s dead. F**k him. F**k the phone. This is about us. Our legacy. Our forefathers are dead too, no ﬁght left in them. This? This is our ﬁght. Our chance to stand committed shoulder to shoulder with Washington, Adams, and all sons of Liberty. To carry on where they no longer can.

When you see this ﬁght play out in court, when you see the next article regarding Senator Clown from Circustown and his attempt at violating constitutional principles, when you hear about Joe Schmo being taken into custody, look at it from this point of view.. WWJD?… That’s right, ‘What would John do?’ John Hancock. He’d sign his name in bold font at the bottom of a declarative document, probably with a doodle of a middle ﬁnger and pin it right to the tyrant’s front door. Let this be a lesson to you, American. No matter which party you support or what your politics are; when faced with questions of liberty and governmental authority, remember WHY our predecessors founded America, under what circumstances and at what price.