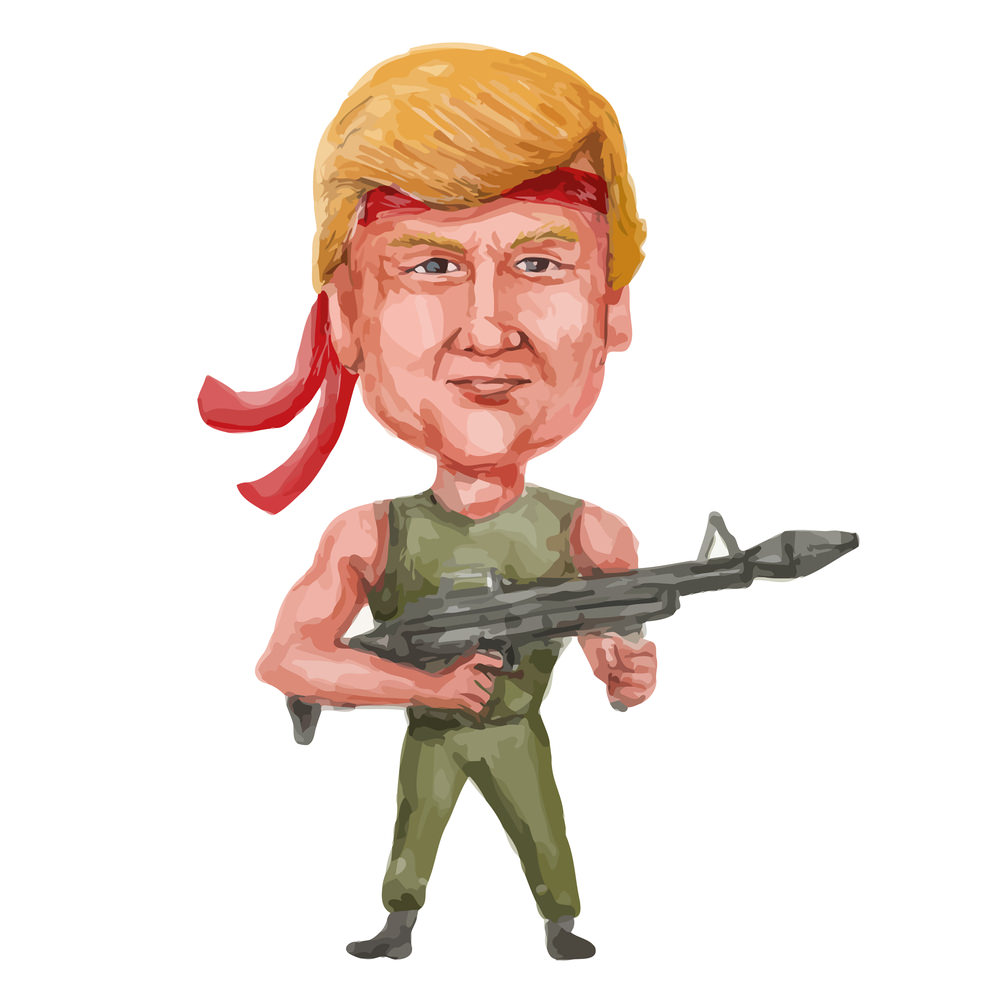 What do you do if you see an onslaught of previous supporters turning and running as fast as they can away from you? Well, a smart intelligent person would put the white flag up and surrender. Not Donald J. Trump. He digs in and slams Conservatives, Americans, and everyone because he can win all on his own. This is Yuuuuuuge. Small hands, who has no liquid assets is spewing lies about how he can win the election without Americans, without Conservatives, and every person who is turning their backs upon the once strident loud mouth.

Rich Armitage, a Reagan, and Bush appointee have made it clear he would consider voting for Hillary before voting for the truly incompetent babbling baboon known as “the Donald”. We are all well aware that Ben Sasse, Senator from Nebraska, Mitt Romney, the once governor of Massachusetts, the successful business owner, and savior to the Utah winter Olympics have both made it abundantly clear that the criminal lying Donnie Boy will not get their support or vote come November.

Senator Mark Kirk of Illinois, and the popular Governor Larry Hogan of Maryland have publicly recanted their support of the questionable Donald and mental capacity to uphold the constitution and worthy of stability to have his short fingers close enough to the Nuclear buttons in case of all-out World War.

We see the Conservative Legend Thomas Sowell calling for a third party, and The Koch brothers are seriously looking at not supporting anyone for President, and doing a limited funding of down vote political positions.  We watched Pam Bondi, the only Trump sniffer to become supportive, but only after being given a Yuuuuuuuuuuge Trump donation for her Florida AG running.

We see Bill Kristol working to build the support of delegates who are #nevertrump, and we see Paul Ryan not trying to force delegates to vote against their conscious at the GOP convention. We see the biggest swarm against Trump as we see Democrats, Conservatives, and #nevertrump groups all agreeing in the total trampling of Donald, and removal of him from any more consideration as a political candidate for President. Yes “Donald is Yuuuge in television” but his reach is very small, and he cannot hold his people to the fire when they are seeing thousands running for the exits.