The Year of the Third Party? 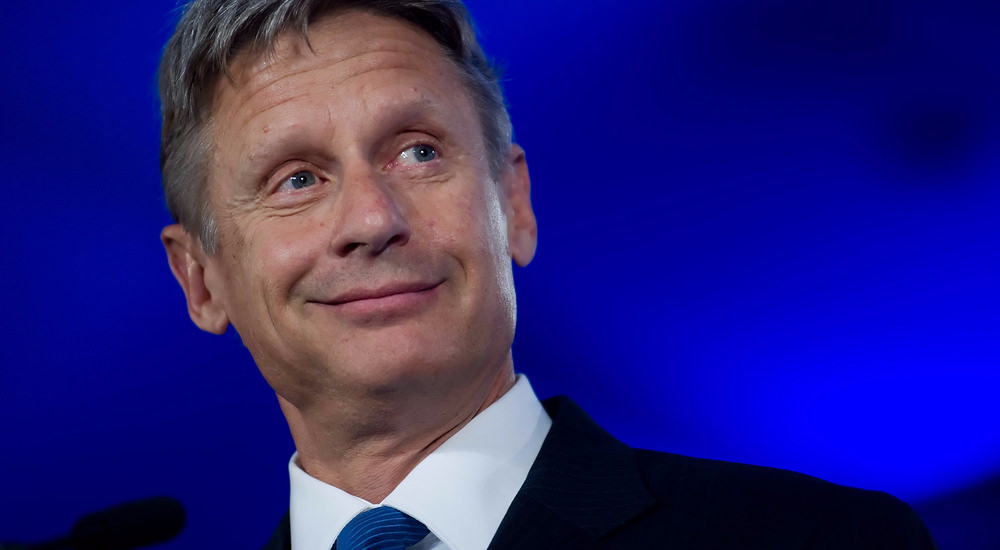 In a prior article, I spoke my mind to politicians as I highlighted the grievances I had with them.

Believing that my tirade probably fell on their deaf ears, I again mount my soapbox. This time, however, my plea is to my fellow voters. That’s US y’all!! Us as in the United States. Us as in you and me! If not us, then who? We’re the ones who are in this deplorable situation. We got ourselves here…it’s up us to get us out. We can no longer point fingers. No more crying over spilled milk. We as a country must take action.

So everyone please ‘set back a spell’ and just think about what is being said in the public square.

Our government has become lethal. It is far more than destructive to our “Life, Liberty, Property, and Pursuit of Happiness” principles that have kept this country strong for the last 200 years. If we don’t try something different this time, if we don’t personally feel like we have done all we can to avoid more disaster, then we have no one to blame but ourselves. I don’t know who said “For evil to prosper – it only requires that good men do nothing” but it feels like it was said for days like these.

I want my thoughts to be a statement of fact to the powers-that-be: elected officials, lobbyists, career politicians – all of THEM, not US! More specifically, our message needs to be heard by everyone who takes part in this scam (the scam is pretending to represent the people). I need to keep repeating the message so perhaps someone may hear it after the 100th time! Our existing government does not represent us. I’m not sure anyone but Mr. Trump, who I would like to thank, would have otherwise brought this to our attention.

What if someone told you that there was a viable solution to our current situation?

What if they also told you that you could do something that would go a long way toward interrupting the status quo? Waking up, perhaps shaking up, the establishment? Mr. Trump has already single-handedly made great strides in that area. But do you really want him to carry forward his methods, his personality, his attitudes, and questionable tactics to the Oval Office? We’re better than that, America!

What if the light at the end of the tunnel is not a train? What if there were actually hope on the horizon instead of Hillary?

What if all you had to do was agree to look & listen a little closer to something that has been tried before? After all, “practice makes perfect”. Since there’s less than 400 hours until the start of the Republican Convention and a mere 168 hours more until the Democrats make Hillary ‘legitimate’. Of course, I am pretty sure their candidate won’t be Bernie!

History has shown that it is rare for third party and independent candidates to take large shares of the vote in elections. It is even more rare for such candidates to actually win. That word is rare but not impossible. There have been less than 15 candidates that obtained at least 5.0% of the vote in our recent history. Even Donald spoke about running independently if he did not get his party’s nomination.

One huge challenge to any third-party candidate is that the two-party system concentrates power and resources in a way that outsiders have been thus far unable to break through. Quirks in the system give the nominees of the two major parties an enormous advantage in the race to 270 electoral votes. They were only able to win a portion of the popular vote but no electoral votes due to the winner-take-all nature of the Electoral College.

In the last century, no third-party candidate has topped 19 percent of the popular vote and all have come in a distant third place.

But this is indeed a unique moment in our country’s history. It cries out for a somewhat unorthodox solution. We may not only support an independent candidate but perhaps successfully elect him. The more recent third-party candidates over the last century ran mostly to make a statement against the two-party system. Obviously we must register our complaints in a meaningful way – or nothing will ever change.  We’ll be stuck where we are – or even further down the food chain, till the cows come home.

One important characteristic of independent candidates is that they had previously belonged to major parties and broke away over policy differences. Let’s not sweat the small stuff. We have major issues to address this year.  In addition, there is a movement to allow delegates to vote their conscience, since the States cannot direct a private organization – which political parties are. The Speaker of the House knows he cannot force the delegates to vote against their consciences. That issue has already been addressed. Independent candidates have typically been inspired by a widening gap between the views of mainstream voters and those of both major parties’ nominees. Sound familiar?

Based in part on frustration with partisan politics and polarization, the challenges remain enormous. Libertarians, for example, don’t have any planks in their platform that I personally oppose. Check it out for yourself. A third party bid could potentially bring experience and strength to the forefront where we currently have chaos – one candidate with no experience and the other with tainted experience. A new broom – well they say it sweeps clean, and we’ve let it get really filthy.  The independent candidates have already proven successful in their own states.  And personally I believe their methods would be preferable to a significant number of American voters. They both made positive progress while holding the office of governor in their respective states.  Each served for more than one term I believe.

Every U.S. president elected to office since 1852 has belonged to one of the two major political parties: Republicans or Democrats. In August 2011, a Gallup survey found that 58 percent of Americans didn’t think Republicans and Democrats were doing an adequate job governing. Current polling data suggests that more people aren’t satisfied with that “either-or” scenario in the voting booth.  They supported the idea of a third party to come to the rescue. Surely that percentage is much higher by now.

Despite the slim returns, Ron Paul’s campaign was credited with sparking the Tea Party, a widely publicized conservative third party that emerged in 2009. Ron Paul’s vocal stance on minimizing the role of government to the point of dissolving the Federal Reserve and returning to the gold standard, as well as withdrawing military forces in foreign outposts, also re-energized the Libertarian Party, the oldest third party in the U.S.

Once again, I am not campaigning for anyone. I am only asking that everyone look at alternatives that may not have occurred to you before. I’ve been told that The Libertarian Party will be on the Presidential Ballot in all 50 states. I just want to inform as many as I can, and possibly offer a solution that may not have been previously considered.  Think of me as Paula Revere – just carrying a message. There’s still a lot of work to do

Check it out for yourself. If nothing else, you will feel that you have now done everything possible to stand up for what you say you believe.  Your choice.  Your gift for America’s birthday this year might just be to save it’s life!