Why So Many Foolish Gaffs Were Crammed Into the Past Month 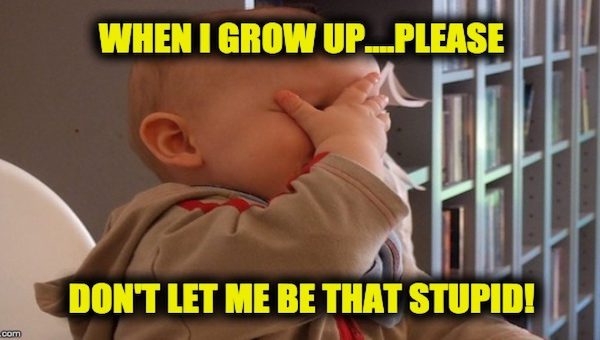 You know those times when there is something on your mind and you can’t stop thinking about it? Those times it keeps you up all night looking for an answer?

That’s what happened to me last night. I kept pondering why so many foolish gaffs were concentrated during the past month.

Much of (but not all) of the foolishness came from President Biden:

Not all the foolish statements were made just by President Biden, either:

In the morning, as I was eating my morning bagel and schmear, IT HIT ME. No, I wasn’t talking about Will Smith…it was about foolish statements.

The source of my moment of epiphany was the word foolish. The foolish statements were stuffed into one month was it was a time period leading up to April 1st–April Fool’s Day.

The foolish statements were stuffed into one month because that period is leading up to April 1st–April Fool’s Day. Think about what was said in the comments above. The folks who made those statements were all intelligent people. They are too smart to make statements that stupid. At least making those comments while actually meaning them.

I bet that sometime on April 1st, all those people will have a joint news conference. When the camera is turned on, they will scream April Fools!

After figuring that out, I felt so much better. With the weight off my shoulders, I went back into the kitchen and enjoyed the bagel. foo