The Front Row Is Over 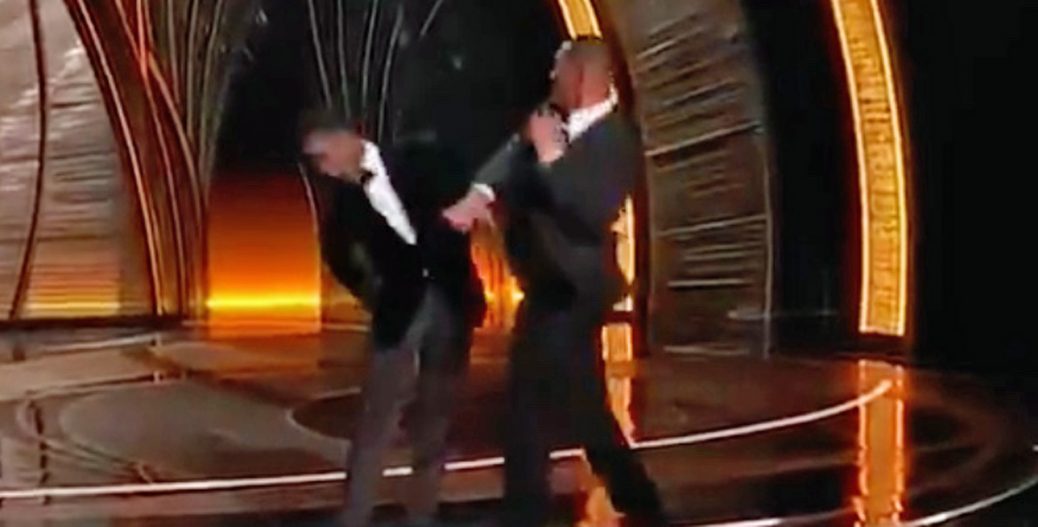 By now, you’ve surely seen the slap felt ’round the world. It’s all anyone is discussing from Sunday night’s Oscars ceremony.

Will Smith, widely loved as one of the nicest guys in Hollywood, charged the stage after comedian Chris Rock made a joke about Smith’s wife, Jada Pinkett Smith, who appeared at the ceremony with Smith, sporting a completely shaved head.

Chris Rock made fun of Jada and Will Smith got on stage to slap him and cursed him from his seat after. Live feed stopped on Astro because. Not scripted. Audience stunned. #Oscars pic.twitter.com/F5dN4prPfY

Rock was referencing the 1997 movie “G.I. Jane,” for which star Demi Moore shaved her head to portray a U.S. Navy SEAL recruit.

Pinkett Smith disclosed  in 2018 that she suffers from alopecia, an autoimmune disease that leads to hair loss. In a video Smith posted to Instagram in December, she was already completely bald. The Smiths sat in the front row during Rock’s Oscars’ performance, during which he was giving away the award for best documentary.

While Will Smith initially laughed at the joke, Jada did not. She appeared visibly uncomfortable.

Seconds after the joke, Will Smith charged up the stage directly toward Rock. “Uh oh,” Rock said, laughing, as Smith walked straight up to Rock without saying a word. Smith slapped Rock with his right hand, the contact audible on Rock’s mic, turned, and walked back off the stage.

“Wow. Wow,” Rock said as the confused audience reacted. “Will Smith just smacked the shit outta me!” After returning to his seat, a visibly angry Smith said to Rock: “Keep my wife’s name out of your f-cking mouth.” Will Smith was sitting close enough to the stage—front row—for Rock to hear every word of what he said.

Will Smith will be memed forever after this. Anytime anyone wants to show anger online, they’ll grab the video of Smith smacking Rock. Mark me.

That’s the ironic part of the incident. Smith made sure everyone will remember the moment, and the forgettable joke that led up to it,  forever. Everyone won’t hate Chris Rock for the joke, but they’ll recall that time nice guy Will Smith lost his mind and slapped the popular Rock in front of the whole world.

But while Rock’s joke really didn’t kill, Will Smith may have just killed live comedy.

Speaking on a podcast after the slap, which many suspected was staged, Jimmy Kimmel observed that Will Smith now has a big problem—and so do comedians.

“Was there anyone in the world who doesn’t like Will Smith?” Kimmel said. “And now he doesn’t have a single comedian friend, that’s for sure. Comedians are really mad. I feel they all feel they’re next.”

Somebody dig up Don Rickles!

Comedians have borne the brunt of cancel culture over the past few years. There has been no more dangerous job in the entertainment business than taking to a stage in a club somewhere and trying out new material that might offend someone. Being edgy is one of the purposes of comedy.

But in our hypersensitive time, no one knows where the edges are anymore. One false joke and you’re off to the cultural gulag. Jerry Seinfeld won’t play college campuses anymore in part because of this trend. Cancel culture makes it much more difficult for comedians to work out new jokes and fine tune them without losing their ability to make a living. Dave Chappelle has become a kind of comedic bullfighter, taking on cancel culture directly in order to take it down on his Netflix specials.

As Will Smith surely knew before Sunday night, there’s an unwritten rule of watching a comedian: Don’t sit in the front row unless you’re prepared to be the target of a joke, without becoming a heckler. If you take a front row seat, expect to be part of the show, and be ready to be the bigger man and laugh it off.

Chris Rock is known for sparing no one, ever. He’s famous for it. In 2019, Rock did a white mass-shooter joke, using the beloved Betty White—“Bet he white.” He was accused of being racist against white people for that one. The year before, while hosting the Oscars, Rock joked about a trio of Asian kids who were sharing the stage with him making the phones that people would use to tweet their offense at him making a joke about those kids. Rock has joked about race, porn, cancel culture, just about everything. Smith surely knew he was one of the world’s biggest targets when he took his seat at the edge of the stage.

Was Rock’s barb at Pinkett Smith in poor taste? Probably. She didn’t ask for alopecia and has been bravely open about having it. The Smiths have also been open about having an unusual marital arrangement, which might have put Will on edge. That certainly could have been something for Rock to joke about.

Most really edgy and funny jokes hit at someone else’s expense, which is part of what makes them funny. You don’t want to laugh, but you can’t help it. Will Smith, whose “Fresh Prince of Bel Air” sitcom often made jokes at the cast’s expense—such as Uncle Phil’s weight or Carlton’s nerdiness—knows all of this. He delivered the show’s best jokes, to laughs and applause. He built his acting chops and career doing that. He also knows that Chris Rock is bound to aim a joke or two at him.

Will Smith, as Kimmel observes, just changed the game for comedians again. He went from target, which every front-row audience member knows they can be, to heckler, to triggered attacker in a flash.

Comedians everywhere now have a new worry. They could already be canceled for going one millimeter over the line—a line that is always shifting. Rock himself has joked about that, noting that it’s made comedy boring and unfunny. Like Chappelle, Rock makes jokes that aim to cancel that cancel culture. That takes guts. Will he need body armor for his next show?

It has to be said, Chris Rock could not have handled the shocking moment any more professionally than he did. But the damage is done and it’s severe.

Now comedians can face the prospect of being physically attacked, too. Will Smith assaulted one of the world’s most successful comedians on live TV and he got away with it. Comedians in clubs everywhere will have this incident in the back of their minds now. Will their next joke lead to another Will Smith smack? (For what it’s worth, Smith issued a public apology to Rock through his Instagram account on Monday.)

In the moment Will Smith slapped Chris Rock, he may have killed what’s left of live comedy.

A.J. Rice is the author The Woking Dead: How Society’s Vogue Virus Destroys Our Culture. He is CEO of Publius PR, a premier communications firm in Washington D.C. 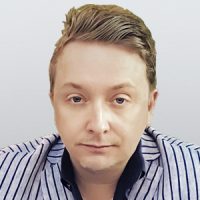