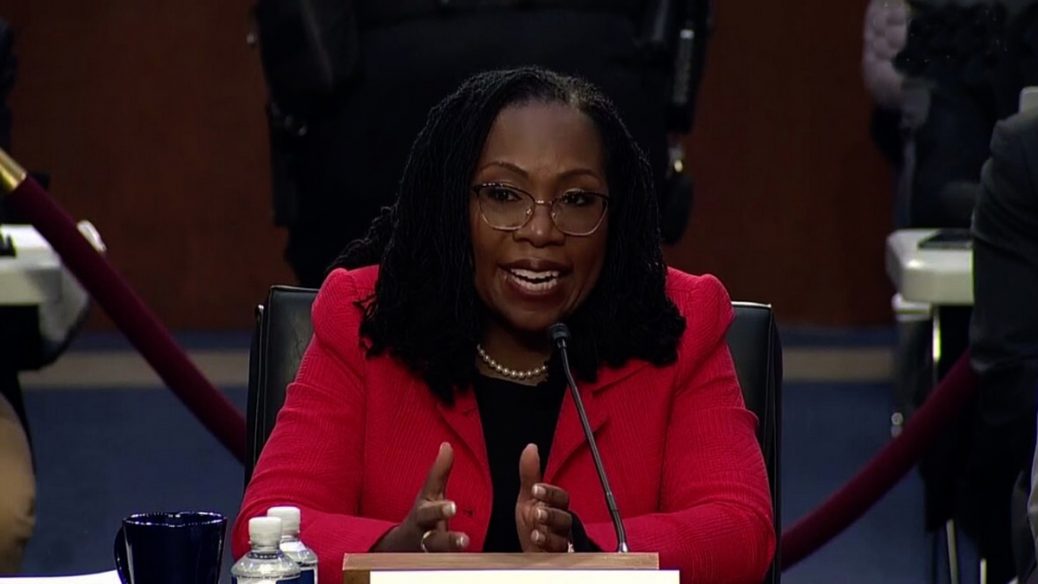 With a bang of a gavel in 1973, 63 million fellow Americans were condemned to die. And the number keeps growing.

Now if the Senate confirms Judge Ketanji Brown Jackson, another pro-abortion justice will be added to the Supreme Court.

Last week, Judge Jackson, nominated by Biden to the Supreme Court, faced four days of hearings in the Senate. South Carolina Republican Senator Lindsey Graham raised an intriguing point to her: “Every group that wants to pack the court, that believes the court is a bunch of right-wing nuts who are going to destroy America, that considers the Constitution ‘trash’—all wanted you picked. That is all I can say. That so many of these left-wing radical groups who would destroy the law as we know it…supported you is problematic for me.”

Jon Schweppe of the American Principles Project noted, “On abortion and religious liberty, it’s clear where she stands. Jackson co-authored an amicus brief for the Massachusetts NARAL chapter characterizing pro-life sidewalk counselors as ‘indisputably harmful’ and supporting the notion that they should not be allowed anywhere near an abortion clinic.”

He adds, “Why would leftist groups like American Atheists, the Human Rights Campaign, NARAL, Planned Parenthood, the National Education Association and the Southern Poverty Law Center push the White House to nominate Jackson and the Senate to confirm?….Ketanji Brown Jackson is a woke Trojan horse, as the preponderance of evidence suggests.”

When asked to define what a woman is, Judge Jackson declined, claiming she’s “not a biologist.” When asked when human life begins, she said to Louisiana Senator John Kennedy: “Senator, um… I don’t know.”

Gary Bauer responded to her answer: “Of course, this well-educated, Harvard graduate knows life begins at conception. The problem is that she’s all in on abortion on demand.”

The Supreme Court decisions Roe v. Wade (1973) and Casey v. Planned Parenthood (1992) established by judicial fiat a right to abortion. Thus abortion, said Judge Jackson, is “settled law of the Supreme Court concerning the right to terminate a pregnancy. They established a framework the court has reaffirmed.”

One Constitutional authority had some criticisms of Roe v. Wade as a legal opinion. She said that Roe “tried to do too much, too fast—it essentially made every abortion restriction in the country at the time illegal in one fell swoop—leaving it open to fierce attacks. ‘Doctrinal limbs too swiftly shaped…may prove unstable.’”

Who was this radical anti-abortion activist that would dare criticize the left’s most beloved decision? It was Ruth Bader Ginsburg–before she became a justice on the high court who did everything in her power to preserve Roe v. Wade.

Bilger added, “Jackson has the support of NARAL Pro-Choice America, which advocates for abortions without limits up to birth…She also ruled against the Trump administration’s efforts to defund the billion-dollar abortion chain Planned Parenthood, and she clerked for pro-abortion Justice Stephen Breyer when he issued an opinion against the partial-birth abortion ban.”

I believe abortion is the single most important political issue of our time. It’s not complicated. Abortion takes a human life every time.

When judges rule in favor of abortion, they are playing God. I find it amazing that the left constantly decries bullying, yet they favor abortion rights. What could be more bullying than dismembering a defenseless, unborn child limb by limb because it is perceived as somehow inconvenient?

Some critics on the left, like Bill Maher, say that the only reason conservatives oppose Judge Jackson is because she’s black. But people need to remember that the founder of the nation’s leading abortion provider, Planned Parenthood, was Margaret Sanger, who spoke at a Ku Klux Klan meeting. She wrote a letter to one of her board members (Dr. Clarence J. Gamble, 12/10/1939): “We don’t want the word to go out that we want to exterminate the Negro population.” No wonder the majority of abortion facilities are in urban areas—to this day.

In our nation’s birth certificate, the Declaration of Independence, our founders said that our rights come from the Creator—and first among these rights is the “right to life.” Indeed, if you’re dead, how can you enjoy any other right?

The Constitution, which is predicated on the Declaration, notes in the preamble that one of its purposes is: “secure the Blessings of Liberty to ourselves and our Posterity.” Our posterity? That is, the yet to be born.

To paraphrase Dr. D. James Kennedy, Judge Jackson should get down on her knees and thank God that her mother wasn’t “pro-choice.”

If you get abortion wrong, you tend to get everything else wrong too.

Jerry Newcombe, D.Min., is the executive director of the Providence Forum, an outreach of D. James Kennedy Ministries, where Jerry also serves as senior producer and an on-air host. He has written/co-written 33 books, including George Washington’s Sacred Fire (with Providence Forum founder Peter Lillback, Ph.D.) and What If Jesus Had Never Been Born? (with D. James Kennedy, Ph.D.). www.djkm.org​ @newcombejerry www.jerrynewcombe.com