Who is this Evan McMullin? 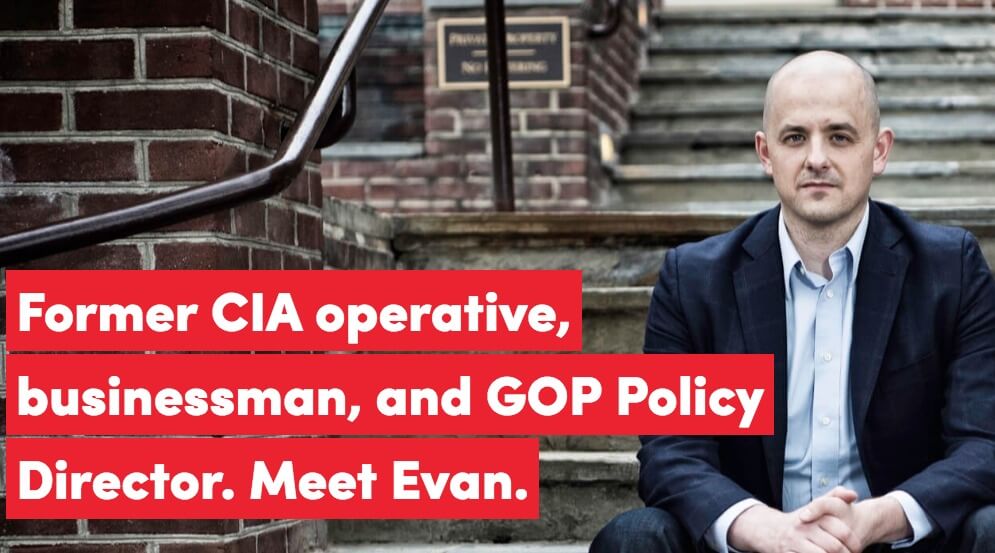 Quick and to the point, Evan McMullin is a former CIA agent. Currently he is the chief policy maker for the house republican committee. Evan has never held any elected political office. While listening to Trump’s Acceptance Speech, he stated that Trump was an authoritarian. His highest profile speech was a speech about genocide. In his “Letter to America”, he calls Clinton a “corrupt career politician” and calls Trump’s infatuation with Putin an “anathema to American values”. Evan believes that America needs to show strength around the world and has criticized Obama for leaving Iraq and other international miscalculations of Obama.

Maybe his biggest idea, comment, a thought has been his Anti-Trump stance that has brought him to running for President as a third-party independent conservative. Growing up in Provo, Utah gave him a strict set of principles and morals that has stayed with him throughout his adult life. He has none of the baggage of Hillary Clinton and her criminal escapades, and he does not have the arrogance, egotistical bullying of Trump. He is the perfect #nevertrump candidate at this point.

Mr. McMullin, who until recently worked on policy development with the House Republican Conference, has missed the ballot-access deadlines in more than two dozen states. But Mr. McMullin, a member of the Church of Jesus Christ of Latter-day Saints, studied in Utah and could take votes from Mr. Trump in the heavily Mormon state.

In an interview, Mr. McMullin said he was strongly opposed to both Mr. Trump and Hillary Clinton, the Democratic nominee. But his harshest words, and his clearest motivation appeared to come from Mr. Trump’s candidacy.

Let’s face facts, if Mr. McMullin is competitive nowhere else but Utah, he still could nonetheless have an effect on the race: Mr. Trump cannot win the presidency without holding the states that Mr. Romney won, his aides have concluded.

The fact that Mr. McMullin has a national security background makes him a more appealing option, potentially, to conservatives who cannot bring themselves to support Mr. Trump, but who strongly dislike Mrs. Clinton. He already has some big name supporters including some of Mitt Romney donors when Mitt ran. This gives Evan the edge to make a real difference. Mr. McMullin is said to be backed by the group Better for America, which earlier this year began an effort to get on the ballot in as many states as possible, with the hopes of drafting a candidate. The group is backed by John Kingston, a donor who had supported Mitt Romney. Mr. Kingston has worked with the pollster Joel Searby. Rick Wilson, a Republican consultant, and Trump foe, is the main strategist on the effort.

From Evan’s Letter to America: Millions of Americans are not being represented by either of these candidates; those of us who care about the strength of the military and intelligence services find little to embrace in either Trump or Clinton.

Americans who believe in limited, Constitutional government that is smaller, smarter, and more accountable view both Clinton and Trump as symbols of corruption and excess that provide no hope of basic competence in the federal government.

And the remaining part of it can be found at https://www.evanmcmullin.com/my_letter_to_america

After looking over his life, his knowledge, and background. His love of country, I find little to complain about, but much to support. Today may just be the day that An Independent Constitutional Conservative took the reins and moved forward.