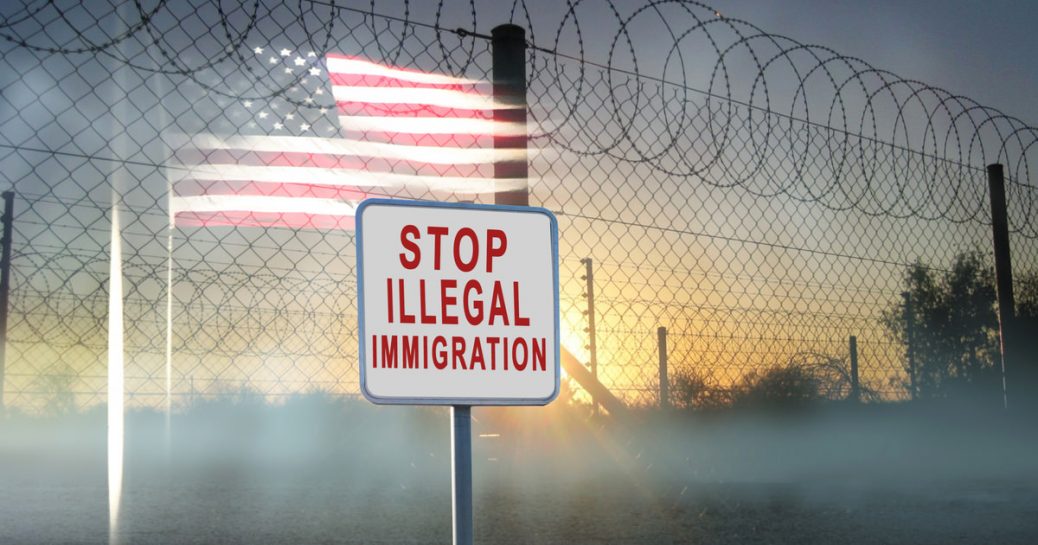 Earlier this week the White House hosted a roundtable on immigration in Bethpage, Long Island, New York, not far from where the President himself grew up in Queens.

The President invited voices from across the political spectrum and from around the country to meet and speak about illegal immigration, and the problems it brings to a nation… problems like MS-13.

Too many innocent Americans have fallen victim to the unthinkable violence of MS-13’s animals. President Trump is fighting back to secure the safety of the American people. https://t.co/9PR7eA1HLn

Transcript of President Trump’s Comments from the White House:

We’re here today to discuss the menace of MS-13.  It’s a menace.  A ruthless gang that has violated our borders and transformed once peaceful neighborhoods into bloodstained killing fields.  They’re horrible people, by the way.

And we also have a couple of folks with us today — Laura Curran, Nassau County Executive.  Wherever Laura may be.  Hi, Laura.

THE PRESIDENT:  How are you, Laura?  (Applause.)  Thank you very much.

I want to thank a very good friend of mine for a long time that this area knows very well, the great Peter King.  Thank you, Peter.  Thank you.  (Applause.)  Doing a good job.  And he’s fully got my endorsement, even though I assume he has no opponents.  I don’t know if he has any opponent.  Nobody would be that crazy to run against Peter.  (Laughter.)

Congressman Lee Zeldin.  (Applause.)  Thank you.  Thank you, Lee.  Great job you’re doing.  Thank you for all your help.

REPRESENTATIVE KING:  That’s my wife, Rosemary, next to her.

We’re especially moved today to be joined by families who have suffered unthinkable heartbreak at the hands of the MS-13 gangs.  I’m truly honored to be joined again by the courageous families who were my guests at the State of the Union.  That was a special evening.  Elizabeth Alvarado, Robert Mickens, Evelyn Rodriguez, and Freddy Cuevas.  Thank you.  Thank you all.  Thank you.  (Applause.)  Thank you.

We are praying for these families with us today, and we pledge to honor the memory of those you lost with action and resolve — and I’ll just add another word — with great success.  And thank you very much for being here.  Thank you so much.  Really appreciate it.  (Applause.)  And they will not have passed in vain, that I can tell you.

But they killed a cop for the sake of making a statement.  They wanted to make a statement, so they killed a cop, a policeman.  Here in Nassau County, MS-13 gang members were charged with killing and hacking up a teenager.  And police officers just told me four other young men were brutally murdered recently by MS-13 in Suffolk — Suffolk County.

In Maryland, MS-13 gang members are accused of stabbing a man 100 times, decapitating him, and ripping out his heart.  Police officers also believe the MS-13 members beat a sex-trafficked 15-year-old girl with a bat 28 times, totally disfiguring a beautiful young woman.

In Texas, two MS-13 gang members were charged after kidnapping, drugging, and raping a 14-year-old girl.  They then murdered her and somebody else.

Crippling loopholes in our laws have enabled MS-13 gang members and other criminals to infiltrate our communities, and Democrats in Congress refuse to close these loopholes, including the disgraceful practice known as catch and release.  That’s — you catch them, you write up a little piece of paper that’s meaningless, and then you release them.  And they go all through the country, and they’re supposed to come back for trials.  They never come back — or very rarely.  It’s the rare person that comes back.

Democrats have to abandon their resistance to border security so that we can support law enforcement and save innocent lives.  And I noticed recently, where Democrats — Nancy Pelosi, as an example — are trying to defend MS-13 gang members.  I called them “animals” the other day, and I was met with rebuke.  They said, “They are people.”  They’re not people.  These are animals, and we have to be very, very tough.  (Applause.)

So I’d now like to turn this over to a man — really, he has been a great friend of mine — a tremendous supporter — and I’ve always been a supporter of his, Peter King.  He does an incredible job, and nobody knows this situation and this horror show, and these laws — how bad they are — worst in the world — better than Peter King.  Peter.