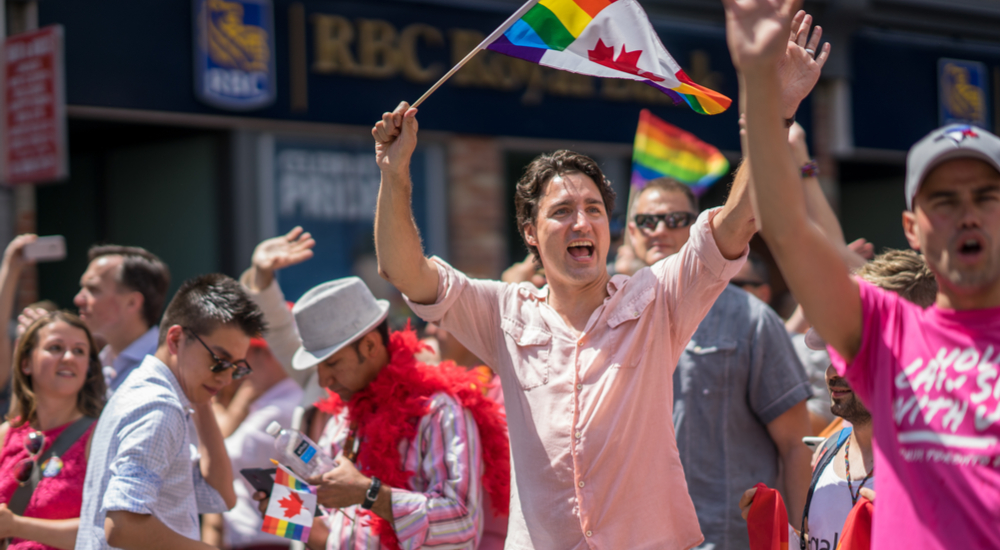 The parody of Trudeau’s authoritarian Canada was created in the “Where’s Waldo” style by artist Bob Moran and features in comic form many of the outrageously, left-wing people and events that are occurring in Canada even as the Freedom Convoy is desperately trying to put a halt to some of it.

The individual vignettes are brutal in showing how Canada has spun off the rails into left-wing lunacy.

One panel, for instance, shows how Canadian Christian pastors and ministers have been harassed and arrested by Trudeau’s police forces for daring to hold church services during the coronavirus pandemic: Speaking of Trudeau’s efforts to turn police into COVID stormtroopers, there is another segment satirizing the time police tackled and arrested a Montreal woman for not wearing a mask: Another shows a rotund fellow in a mask wearing a shirt reading, “I Love Pharma”: Then there is the bit featuring a transgender person in full beard wearing a red mini dress: Another depicts a woman throwing a tiny baby into a garbage can, showing how little many people think of human life. There was a famous case in Calgary not long ago where a mother was charged for throwing her baby in a dumpster. Of course, there was also a more recent case in New Mexico, in the U.S., as well. Again, depicting police turning their backs on Canadian values, there is a vignette of a Canadian Mounted Police officer allowing his mount to defecate on a Canadian flag: Another shows a black-clad police officer with a gun chasing an unmasked person: The media comes in for mocking, as well, as the artist depicted a news crew all excited to interview a cat while ignoring the Freedom Convoy and the anti-mask protests: Waldo makes an appearance behind a mask, too: Finally, the PM himself is hiding among the figures. There he is, in the lower left-hand corner (of course) wearing one of his many black-face costumes: