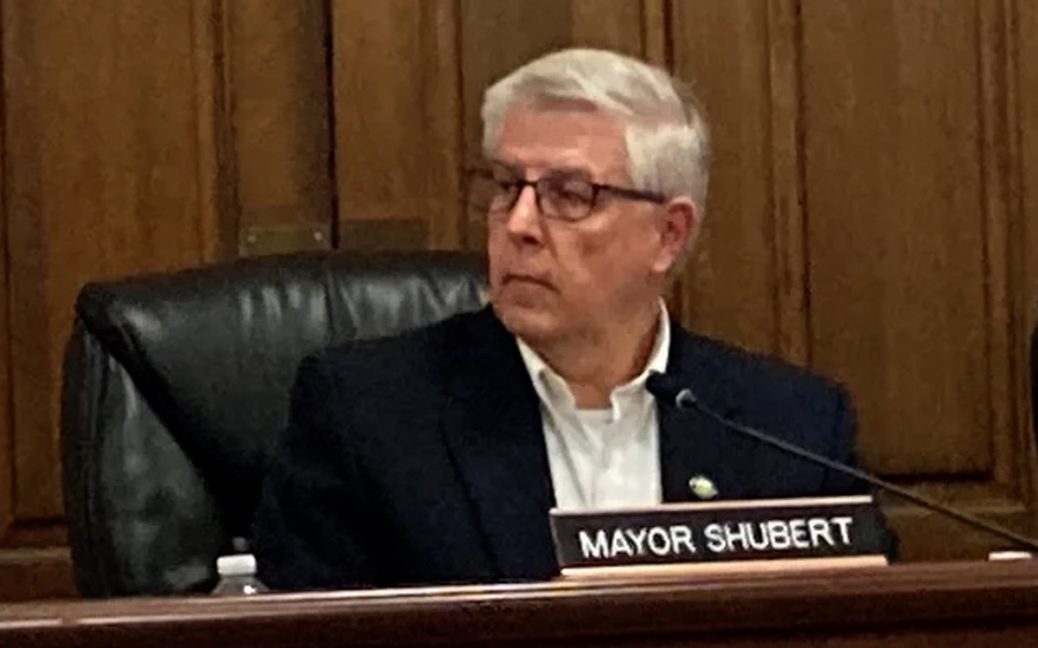 You have to be nuts to run for a political office. But generally, when I use the word nuts in that context it’s used as a figure of speech. But Hudson, Ohio Mayor Craig Shubert is a real frothing from the mouth, needs to wear a straight-jacket in a padded room type crazy. He believes that ice fishing in the public park will lead to prostitution. Obviously, the guy never dealt with the male shrinkage that occurs in an icy environment. The frozen lake would probably make an intimate relationship with a hooker impossible.

At a city council meeting earlier this week the council president mentioned that some residents requested permission to ice fish on Hudson Springs Lake, which is illegal. The council discussed the issue for a while, worrying that an ice fisher might fall through the ice. Then the cerebrally challenged Mayor opened his mouth.

“If you open this up to ice fishing, while on the surface it sounds good, then what happens next year?” Shubert asked. “Does someone come back and say ‘I want an ice shanty on Hudson Springs Park, for X amount of time?’ And then if you then allow ice fishing with shanties, then that leads to another problem: prostitution. And now you’ve got the police chief and the police department involved.”

See what I mean? This guy has issues.

And it’s not the first time the Mayor allowed his non-working brain cells to push something stupid out of his mouth.

Shubert made national news last year when he called for school board members to resign over an optional book in a college-level class at Hudson High School that he called “child pornography.”

Summit County Prosecutor Sherri Bevan Walsh’s office reviewed the allegations and subsequently released a blistering rebuke into the mayor’s false claim and the scores of threats against school board members that followed.

The book was for a creative writing class and did have some parts that could be deemed inappropriate. It was used in an optional class only available to college-level students. And according to the district superintendent, “It is important to note that at no time were any of these inappropriate writing prompts assigned as part of the class.”

But the Mayor’s comments resulted in school board members receiving violent threats, according to the Summit County Prosecutor Sherri Bevan Walsh’s office. Walsh concluded that the contested parts of the book did not amount to child pornography.

The video below is the part of the city council meeting when Mayor Shubert talks about ice fishing leading to prostitution. Make sure to watch the reaction of the man sitting next to him. It’s a classic.

After the news got out, Professor Amanda Weinstein tweeted a video of the Mayor’s comments with the warning:

Sadly the looney-toons Mayor is a member of the GOP. Now there’s a guy who should be tossed out of the party.
Tags: Commentary Ohio Prostitution