We are All Deplorable Americans 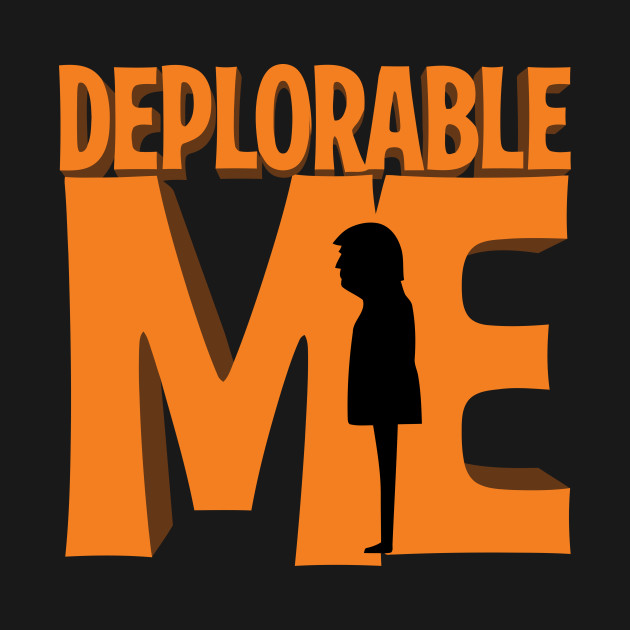 When I heard Hillary Clinton calling about 25% of American citizens deplorable I couldn’t believe my ears. Since when did we as Americans begin to tolerate politicians calling us names? Who the hell does this woman think she is anyway? I remember an America who would have run a bitch like that out of town on a rail. Hillary Clinton calling anyone else deplorable. That’s rich.

I wonder who that 25% of deplorable Americans are exactly and do they really support Trump? I mean I knew there were a lot of deplorable people in America today. Far more than when I was growing up. Back when I was a kid we never locked the front door or even the car door. of course back then people went to church and feared God a little and wanted to go to heaven. Then some people came along and decided it was their duty to take God away from people and now we have thugs setting old women on fire. I think the people responsible for taking God away from the people are pretty deplorable but I don’t think they could make up 25%.

You know I think part of the reason we never locked our door is because someone was always home. It was like that in most households especially those with young children. Dad whet to work in the morning and mom cooked and cleaned while he was away. Most families were a lot happier and raised much better children than we see today. Then some people came along and decided it was time to free women of the bonds of family and turned American women into bat shit crazy, narcissistic sluts. Americas children are now being raised by complete strangers far from home and the feeling of security. I think people who are responsible for the decline of the nuclear family are pretty deplorable but I don’t think they could make up 25%.

Sadly today’s marriages are little more than long dates to be ended when people are bored or want to have sex with someone else. This lack of commitment isn’t just displayed by the couple towards each other but it is displayed in the complete lack of empathy even for life inside the wombs of many women themselves. Instead of living with the choices and consequences we laid the tracks for ourselves we butcher our own. We butcher so many unborn babies that we could use what is left of the babies to feed 3rd world countries. And there are some people who are proud of this. So proud that they buy and wear tee shirts bragging about how they butchered their own baby. I think people who are responsible for the death or their own child are deplorable. Period.

Have you watched the news about the political rallies? Some people think it is their right to use violent language and even raw violence at the gatherings of their opponents. These people have no respect for women and children as they spew the most hate filled words that can think of out of their %$#@ holes. These people are trying to stop their opponents from having political rallies and freedom of speech and assembly. They care nothing about the rights of others only about what they want. I think people who go to political rallies to cause as much trouble as they can under the false vale of protest are deplorable but I don’t think they could make up 25%.

It isn’t just political rallies where people are getting violent, people are beating and killing people all over America. Some people are even targeting people based on their job or their skin color. I think people who are aggressively verbally or physically violent to others regardless of reason are deplorable but they are even more deplorable if they base their victims on job, race or sex. But I don’t think they could make up 25%

When I came up with my list of the most deplorable things someone or some group could do to a country and its people I came to two distinct conclusions. First, that the deplorable Americans weren’t really the kind of people to support Donald J. Trump and second, the percentage of deplorable people in America is higher than 25%.