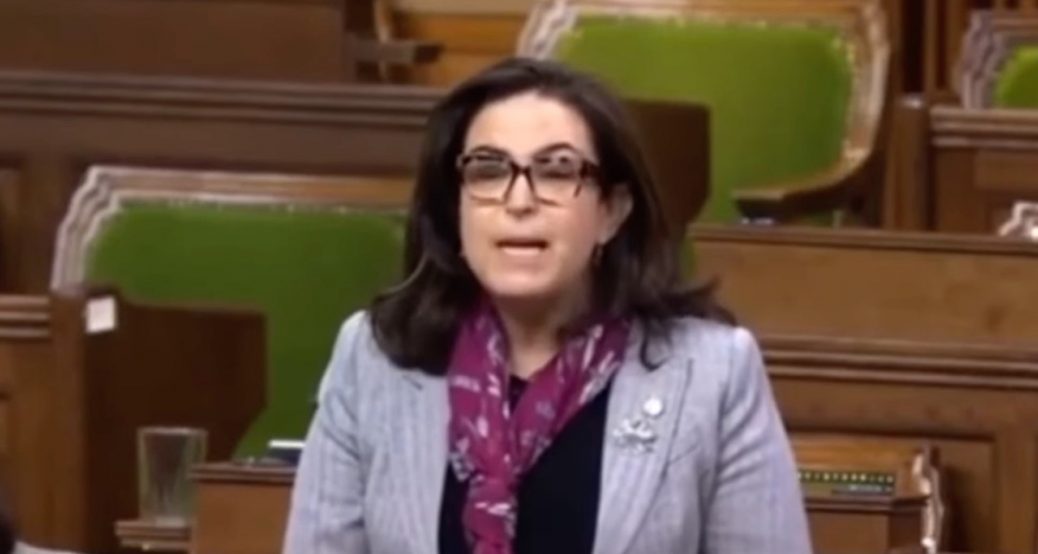 One member of Trudeau’s Liberal Party went absolutely frothing from the mouth crazy during the parliament’s discussion about extending the prime minister’s emergency powers.Her name is Ya’ara Saks. Per the Toronto Sun, In the middle of the parliamentary debate about extending Trudeau’s emergency powers, this crazy lady claimed the “horn honking during the Freedom Convoy protests in Ottawa was a call for Adolf Hitler.”

Why would a Jewish woman make an inappropriate comparison to the Holocaust, thus cheapening the memory of the actual horrors suffered by millions of people at the hands of Hitler? There’s only one explanation, the wiring in her cranial cavity shorted out.

This is her imbecilic rationale. The initials of a truck’s Honk Honk sound are HH. The HH stands for Heil Hiter. Just imagine if this poor deranged woman was driving on the Long Island Expressway during rush hour. With all the honking that goes on, she would need to be put in a straitjacket in a padded room (well, based on her comments, she probably needs one now).

“How many guns need to be seized? How much vitriol do we have to see of “Honk Honk” which is a new acronym [sic] of “Heil Hitler”? What do we need to see by these protesters on social media?”

Saks got skewered on social media, but she defended her comments using a quote from an Antifa member.

For those who think that “Honk Honk”is some innocuous joke. I’ll just leave this here ? https://t.co/aG0GDdzOkO

People couldn’t believe someone could be that insane. She doesn’t have a screw loose, the screw fell out.

Please tell me you’re not stupid enough to really believe this. ?‍♂️ pic.twitter.com/gd8dZUqIUB

That is either parody or the most ridiculous stretch I have ever heard an adult make. Perhaps you should open a dictionary and look up ‘honk’. Or do you also believe dogs are divine mystical beings because the word spelled backwards is God? Or how about the tooth fairy?

Okay, South Park is from now on a town in Canada. pic.twitter.com/5FLVIJxAb4

There is a bright side to all of this. If one goes through the comments replying to her statements on Twitter, the vast majority of them would agree with Albert Einstein when he said, “Two things are infinite: the universe and human stupidity, and I’m not sure about the universe.”

Below is a video of screwball Saks’ statement: