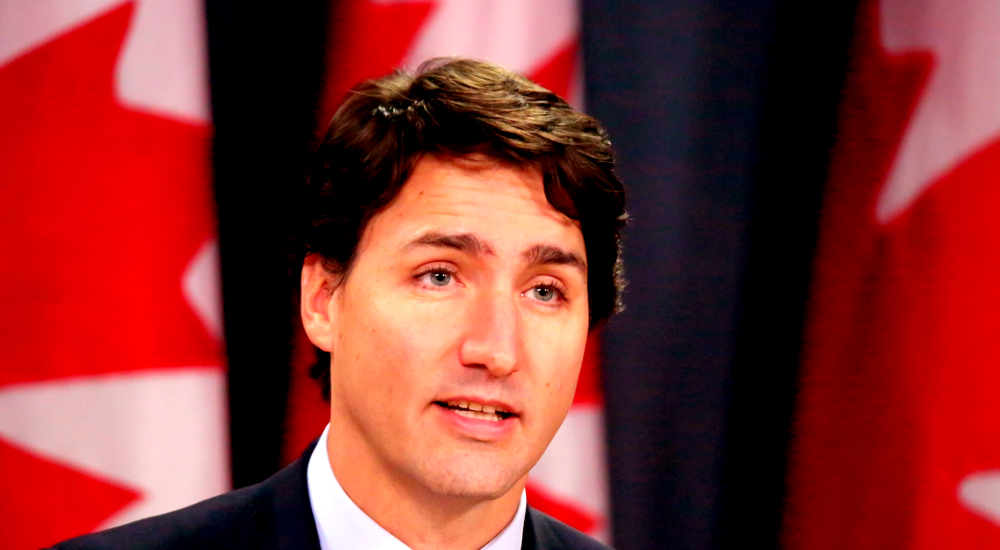 Canadian Prime Minister Justin Trudeau suddenly announced an end to the imposition of emergency powers and lifted the freeze on protesters’ bank accounts.

Trudeau made the surprise announcement on Wednesday and noted that he acted as promised to limit the emergency powers.

“We were very clear that the use of the emergencies act would be limited in time,” Trudeau said Wednesday evening, according to the Associated Press.

“And today after carefully consideration, we’re ready to confirm that the situation is no longer an emergency, therefore the federal government will be ending the use of the emergencies act,” he continued. “We are confident that existing laws and bylaws are sufficient to keep people safe.”

Trudeau invoked the country’s emergency powers on February 14 to quell what he called “terrorism,” despite that no violence had occurred and the only damages, or altercations that ever did occur happened because Trudeau and the city of Ottawa sent police to begin forcibly taking down the truckers.

The PM has ended the use of emergency powers even though the Canadian Parliament had extended the powers for an additional 30 days only two days ago.

Canadian federal authorities also noted that they are lifting the freeze on bank accounts linked to the Freedom Convoy, according to The Hill newspaper.

The freeze on around 200 accounts were lifted Tuesday, freeing $8 million to be used once again by those who truly own the money.

“The vast majority of accounts are in the process of being unfrozen, subject to any new information that the [Royal Canadian Mounted Police] may have,” said Canadian Assistant Deputy Minister of Finance Isabelle Jacques.

Still, the freezing of the accounts and the use of the emergency powers met with waves of criticism, not just from the protesters and their supporters.

“The federal government has not met the threshold necessary to invoke the Emergencies Act,” the CCLU said on Feb.15. “This law creates a high and clear standard for good reason: the Act allows government to bypass ordinary democratic processes. This standard has not been met.”

The federal government has not met the threshold necessary to invoke the Emergencies Act. This law creates a high and clear standard for good reason: the Act allows government to bypass ordinary democratic processes. This standard has not been met. 1/3

Governments regularly deal with difficult situations, and do so using powers granted to them by democratically elected representatives. Emergency legislation should not be normalized. It threatens our democracy and our civil liberties. #cdnpoli

Of course, Trudeau has also come in for criticism as a jackbooted fascist trampling down Canadian democracy.