The UN’s 2030 Agenda is Meant to Destroy America 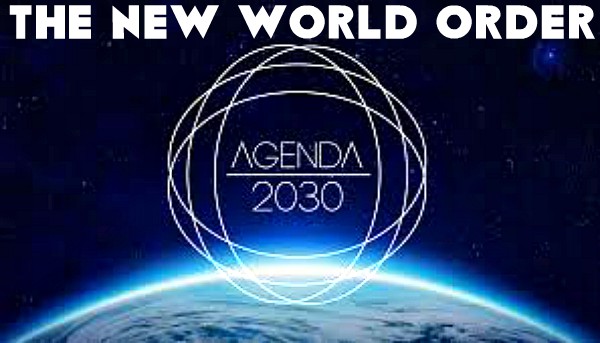 What Our Politicians Have Done To America – Part 16

As we continue along looking at Agenda 2030 we see that there will be a concerted effort to remove people from all rural areas and forced into cities where everyone can be controlled.  This is their Goal 15 Protect, restore and promote sustainable use of terrestrial ecosystems, sustainable mange forests, combat desertification, and halt and reverse land degradation and halt biodiversity loss. 1 Again we see term ‘sustainable’ used twice.  Again what this means is government controlled everything.  Only a government controlled corporation will be allowed to be involved in agriculture.  This will go as far as to criminalize anyone who tries to be self sustaining.  There will be a requirement for all to be reliant on the government.  Individuals will not be allowed to have a garden, they will not be able to collect rain water, as it is in many cities today, and wood stoves will not be allowed.  This is what the new elites believe must be done to save the planet.  They believe that there isn’t enough land, available food production or enough raw materials to sustain the population as it is today.  They believe that the world can only sustain a population of 2.3 billion people, some even believe that figure is only 500 million, and that is only if Americans cut back to European standards which is about half of the consumption America.  Global Footprint Network data shows that humanity uses the equivalent of 1.6 planet Earths to provide the renewable resources we use and absorb our waste.  If all 7+ billion of us were to enjoy a European standard of living – which is about half the consumption of the average American – the Earth could sustainably support only about 2 billion people.

It is crucial to understand that the longer we continue consuming more resources than the Earth can sustainably provide, the less able the Earth can meet our resource needs in the future – and the fewer people the planet can support – long-term.

Evidence of unsustainable resource use is all around us. Global aquifers are being pumped 3.5 times faster than rainfall can naturally recharge them.  Eventually they will run dry and hundreds of millions will suffer.  Topsoil is being lost 10-40 times faster than it is formed.  Feeding all 7+ billion of us will become increasingly difficult.  Oceans are being overfished, and a primary protein source for over 2 billion people is in jeopardy.  Worldwide, we have lost over half the vertebrate species in the air, water, and land since 1970.  How many more species can we lose and how many more ecosystems can we destroy before humanity’s own existence is threatened?

It is important to note that the depletion of non-renewable resources such as fossil fuels, metals, and minerals that make a European standard of living possible are not included in Global Footprint Network data.  This includes all the tons of oil, coal, iron ore, copper, and hundreds of other minerals and metals that make modern life possible. Taking these non-renewable resources into account suggests 2 billion people living at a European standard of living may be the upper limit of a sustainable global population.

Climate change will only add to the strain on the planet’s ability to support all 7+ billion of us. Climate scientists are warning us to expect lower crop yields of major grains such as wheat, rice, and maize.  Rising sea levels could create hundreds of millions of climate refugees.  And climate disruption is likely to create increasing levels of resource conflict and civil unrest. 2

Notice that they brought up climate change in this as a major factor.  They bring up shortages in crops and the feared rising oceans.  Remember when the ‘inventor of the internet’ Al Gore, declared that the ice caps would be gone by 2015?  Just to prove that God has a since of humor we had record ice caps in both the arctic and Antarctic that year.  Antarctic sea ice had barely changed from where it was 100 years ago, scientists have discovered, after pouring over the logbooks of great polar explorers such as Robert Falcon Scott and Ernest Shackleton. Experts were concerned that ice at the South Pole had declined significantly since the 1950s, which they feared was driven by man-made climate change. But new analysis suggests that conditions are now virtually identical to when the Terra Nova and Endurance sailed to the continent in the early 1900s, indicating that declines are part of a natural cycle and not the result of global warming. –Sarah Knapton, The Daily Telegraph, 24 November 2016

In 2009, Al Gore announced ‘there is a 75 per cent chance that the entire north polar ice cap, during the summer months, could be completely ice-free within the next five to seven years.’ The dates by which climate scientists and politicians said the ice would disappear have come and gone, while the ice has remained. Undaunted, fresh predictions have been made in every subsequent year. One problem that persists is that there is still only a relatively short series of direct measurements on which to base our understanding of the Arctic. Satellite monitoring of the Arctic only began in 1978, giving us less than forty years of reliable data. This may not be enough to establish what is normal – or abnormal – for the region. Until the noise of a century of media hype and unscientific speculation about the Arctic has been removed from the public debate, science will be unable to explain what, if anything, the signal from the Arctic is telling us. —GWPF Climate Briefing, November 2016  3  They tried to do a study but had to call it off because of too much ice: “A carefully planned, 115-day scientific expedition on board the floating research vessel, the CCGS Amundsen, has been derailed as the icebreaker was called to help resupply ships navigate heavy ice in Hudson Bay.

“Obviously it has a large impact on us,” says Martin Fortier, executive director of ArcticNet, which coordinates research on the vessel. “It’s a frustrating situation.”

During the summer, the Amundsen operates as a floating research centre with experiments running 24 hours a day. This year it was scheduled to reach North Baffin Bay.

But the icebreaker has been rerouted to escort commercial ships en route to resupply communities in Northern Quebec on the eastern side of Hudson Bay.

Johnny Leclair, assistant commissioner for the Coast Guard, said Tuesday conditions in the area are the worst he’s seen in 20 years.” 4

We can see that this UN agenda continues to ignore all the facts and continues to publish what is now known as ‘fake news’.  Al Gore has made millions on the fear of global warming but he lives like there is no worry at all but demands that we, the common people, make sacrifices to save the planet.  He leaves a ‘carbon footprint’ big enough for 100 people but we are to be regulated in everything we do.  This is the way of the elites.  They get all the privileges and the masses make all the sacrifices.

The ground work is being laid for their take over and has been in the works for over a hundred years.  In 1913 Woodrow Wilson stated: “Since I entered politics, I have chiefly had men’s views confided to me privately. Some of the biggest men in the United States, in the Field of commerce and manufacture, are afraid of something. They know that there is a power somewhere so organized, so subtle, so watchful, so interlocked, so complete, so pervasive, that they better not speak above their breath when they speak in condemnation of it.”