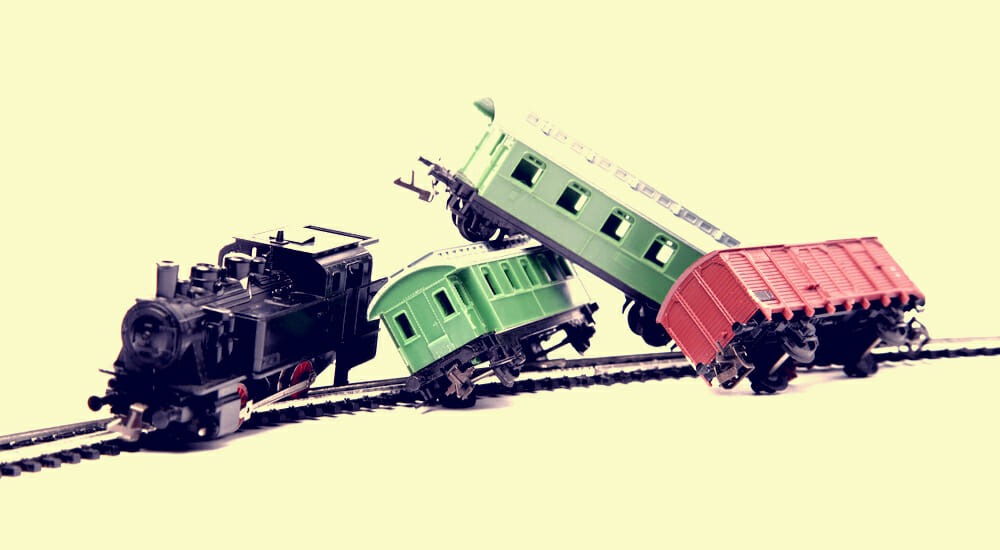 “A local TV journalist, quickly censored, reported the train guard rails were down before the truck was placed on the track.”

Young N. Cho, aka Alex Cho, 43, of Great Falls, Virginia, was sentenced to 88 months in prison on federal charges that he paid millions of dollars in bribes to corrupt officials from the U.S. Army Corps of Engineers

Who in the US Army Corps of Engineers was bribed to cooperate with this Republican Congressional train sabotage?

George Soros also has affinities with the corps of engineers. Soros’ realty front companies moved in to buy up flooded US farms, to resell to foreign investors at 16% profit, after the US Army Corps of Engineers failed to perform its preventive and protective duties to American citizens.

The provenly-corrupt Army Corps of Engineers are equipped to put a garbage truck on the tracks! As one former Joint Chiefs of Staff High Security Evaluations member, Al Cuppett, observes, those in the truck would have been drugged. Remember, there was no way the truck could penetrate that tight and heavy security! (Unless elements of security were part of the swamp.) And the train guard rails were down, meaning the truck was lowered by chopper, emerging from one of Virginia’s/West Virginia’s underground bases.

The family of the deceased truck driver must not only be compensated, but avenged.

At Fort Belvoir, Virginia, you’ll find your answer. It is the HOME of the Army Corps of Engineers!

For decades, they have been aware of the complex system of underground tunnels throughout Virginia and West Virginia. These locations are revealed in Dr. Richard Sauder’s swamp-draining book, Underground Bases and Tunnels.

Indeed, these tunnels are now proving to be the most dangerous part of the swamp! And corrupt Presidential administrations are well acquainted with them and their capabilities.