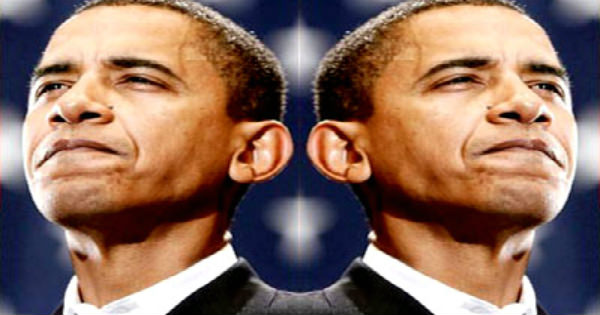 Obama began his presidency telling Republicans not to listen to Rush Limbaugh whom he says does not speak the truth and he is ending his presidency the same way.  Telling the people to only believe what he says and not listen to those who reveal the truth is the soul of the demagogue.

Obama, do as I say, not as I do, tells Trump he shouldn’t use executive orders as Obama did.  Trump threw that advice back in his face pointing out how Obama used his phone and his pen to create laws that were against the Constitution.  Now Obama wants Trump to hold fast to the Constitution and not overthrow his illegal laws.  As if the brilliant businessman will actually take orders from the demagogue!

Leftist media reporting on Democrats trying to overthrow the democratic process call them noble.  If the situation was reversed and Republicans were doing this they would be called traitors.  In either case it is always the rightwing people who are harassed and terrorized, just as it is always left-wingers who conduct riots, assassinations, and terrorism.  Obama’s DoJ is not lifting a finger to investigate and bring to justice those who are making death threats against GOP Electors, but they are happily persecuting police in cities for shooting black criminals in self-defense while ignoring Islamic jihadis planning terror attacks.

Obama scolded his own media propagandists for allowing rightwing truth that he calls “partisan propaganda” to be disseminated turning voters against Democrats.  Barack Hussein expects the ignorant people to believe in his Nobel Peace Prize and not see with their own eyes how his foreign policy of arming jihadis to overthrow their governments in the Middle East has set the region on fire.  He would have the Moral Majority be silent once more and we will not stop exposing his lies.

An example of how the Right is telling the truth that the Left is trying to hide is revealed in the leftist “newspaper of record,” the New York Times, reporting an op-ed of a Republican Elector in Texas who voted against Trump.  They lauded his “voting his conscience,” but did not report the investigation that revealed him to be a complete fraud – a Democrat who infiltrated the GOP based on a phony resume.  Chris Suprun is the quintessential agent of Hydra.

Liberals at MTV suffering from depression in their dysfunctional thinking universe came up with their New Year’s Resolutions to try to guilt white men for making America great.  According to these snowflakes America is only for white men while women, blacks, Mexicans, and Moslems are all suffering oppression under their rule.  These simpletons see the black criminals assassinating police and rioting as righteous dissenters against racism, Mexicans stealing into the country to take jobs and send money back to their homeland as refugees, and Moslems terrorizing Americans in their efforts to impose Sharia on the world as religious freedom.  This isn’t a chastisement of white privilege, but a rant of anti-white racism, anti-male sexism, and anti-Christian hate.  Presenting their bigotry as funny isn’t comedy.

The Left is everything they accuse the Right of being.  They project their bigotry and hate on the people they despise and cannot see the forest past the trees that cloud their own vision.  There is fake news in the media and it has all been by the Leftarts who seek only to pull the wool over the eyes of the ignorant.